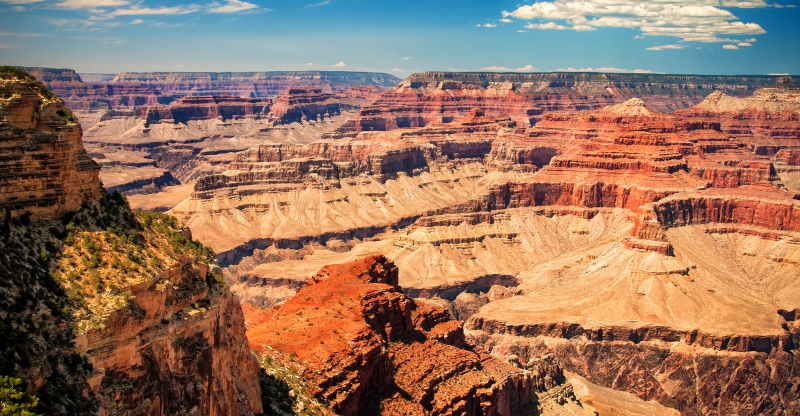 The US state of Arizona is home to a range of celebrated natural landmarks, including the Grand Canyon, Antelope Canyon, and the Sonoran Desert.

This desert state has attracted the attention of numerous musicians in the form of musical inspiration. Here are some of the most well-known songs about Arizona for you to learn about.

This was the first song and single from the Eagles’ first album. The track’s main message is that people should slow down and be careful about getting “bigger” than they are ready to. Jackson Browne’s road trip took him through Winslow, Arizona.

Related: Check out these songs about laziness. They’re only a click away!

This song recounts the true tale of Caleb Followill’s encounter in the Arizona desert. The lyrics tell of a pretty woman whose life led her astray somehow, making Followill wonder what happened to make her think she should sell herself short.

Related: Listen to more of the best states songs.

By the Time I Get to Phoenix – Glen Campbell

Jimmy Webb wrote this country classic, which was sung most famously by Glen Campbell. Johnny Rivers sang the first recording, with many artists covering it after that time. In the lyrics, a male protagonist leaves his lover. He knows she won’t take it seriously at first, as he has said he was leaving her before but always came back. However, this time it’s a serious goodbye.

Related: You have arrived at our leaving songs list.

In this song, George Strait tries to convince himself and his lost love that he doesn’t care or think about her. He says that if she buys that story, he’s “got some oceanfront property in Arizona. If you’ll buy that, I’ll throw the Golden Gate in free.” Obviously, neither of those things is in Arizona!

Related: Swim over to the best songs about oceans.

Johnny Cash sings of the O.K. Corral gunfight in this track. The fight occurred in Tombstone, Arizona, which isn’t too far from Tucson. “Boot Hill” refers to the graveyard there that houses the men who died in that fight. The events of the fight are unclear to this day.

By the Time I Get to Arizona – Public Enemy

Public Enemy criticizes Evan Mecham, a governor who wouldn’t recognize Martin Luther King Jr. Day as a holiday in the state during his leadership in the late 1980s before his impeachment. The holiday was still not recognized when the track was released in 1991. The track samples Mandrill’s ‘Two Sisters of Mystery.’

There is No Arizona – Jamie O’Neal

Jamie O’Neal released this track as the first single from her debut album. The title comes from Dolores Claiborne, a film based on a Stephen King horror novel. The song is about a female protagonist whose lover makes her a lot of empty promises, specifically about going to find a better life together in Arizona.

Related: Learn about more songs based on books.

This song tells of a US Western myth about a duel between an outlaw named Texas Red and an Arizona Ranger. It is one of several songs that Marty Robbins wrote to pay homage to the Old American West and the stories of that time that his grandfather, a Texas ranger, told him.

Get Back – The Beatles

While this song originally had anti-immigration lyrics as a parody of those who disapproved of immigration, Paul McCartney eventually thought better of that approach and tweaked the song to sound less hostile. The end result tells a strange story of Jojo and Loretta, who are confused about who they are and leave home. Jojo moves to California, while Loretta just leaves her house.

Rex Allen Jr.’s ode to the state is also known as ‘I Love You Arizona’ and is the unofficial state anthem. Allen talks about the natural desert beauty in the lyrics: “I love you, Arizona. Your mountains, deserts, and streams.”

Tune Out – The Format

The Format talks about “the 51” in Phoenix in this piece. It’s about a stressed-out couple getting bored with each other as they are stuck in the same old routine. Instead of talking about it, they smoke and listen to music to avoid discomfort.

The narrator here is extremely angry about the heartbreak that someone has caused him. He makes it clear that he will eventually seek revenge for his pain and doesn’t seem to care if he drags others down with him.

Related: Get even with our revenge songs playlist.

This is an ode to Authority Zero’s hometown of Mesa. It talks about the trouble that the bandmates used to get into while living there and explains where and how the band was founded. Some lyrics will only make sense to the locals because of the specific references to the city.

Here’s a celebrated classic covered numerous times in different musical styles. Bobby Troup first performed it, but Nat King Cole popularized it. The lyrics are about the US’s famous Route 66, which stretched from Los Angeles, California, to Chicago, Illinois. The route is popular on road trips as there are many famous attractions and landmarks along the way, but the interstate system introduced in the 1950s made the highway obsolete, and it can no longer be driven on from beginning to end.

Related: Hit the road with the best road trip music.

‘June on the West Coast’ chronicles Conor Oberst’s trip across the western United States. It is more about self-discovery than the destinations of the trip itself. Oberst also sings of a love that he lost and now misses.

This song finds Damien Jurado singing about a girl he met in Yuma. He talks about her family and another guy she met. He says that the two can be found dancing on the street in Yuma. It doesn’t seem like he has a romantic interest in her; instead, he is just telling her story after meeting her and finding her life interesting.

‘American Nights’ tells the story of a young high school graduate who joins the army during the song and comes back home. There is also a female character present who may be his love interest. The song paints “American nights” as something exciting and even magical for young people.

Beck samples several other notable tracks in this piece. While the lyrics are somewhat abstract, they seem to talk about a man who is hiding part of himself from society and those around him—possibly the fact that he is gay. He has a wife from Arizona, who he doesn’t seem that interested in.

Related: This song features on our whistle songs playlist.

This song talks about the heat in Arizona, particularly Scottsdale and Phoenix. It also has lyrics about the people and culture there, with the narrator being confused as to why anyone would want to live in the state’s brutal desert climate.

Related: Warm up with the best songs about hot weather.

A woman is taking off with her daughter in this song. She’s leaving her hurtful husband and finding a new life for her child’s sake as well as her own: “What’s important in this life? Ask the man who’s lost his wife.”

Pat Benatar sings as a woman who can’t get used to living without her love in this song. She feels like a lonely person in a painted desert by herself. She keeps searching for this guy but can’t find him, leaving her feeling lost and confused.

This song is about starting over, whether in the form of a new relationship, a new job, or something else. It highlights the hope when starting something new that one feels after past disappointments. The narrator isn’t hopeless yet; instead, there is a desire to get things right this time.

Related: Need a fresh start? Here’s our playlist of starting over songs.

It seems that this track was inspired by a newspaper article about a mother and son who died in a car accident in a city called Surprise. It imagines a conversation between them as their bodies travel home in boxes beside one another.

The protagonist here is fed up with life and people who follow trends and act fake because of it. He’s become a “Scottsdale brat,” though it’s unclear whether or not that is a good thing in his mind. He could also be talking about someone else who is a brat. Chronic Future was formed in Scottsdale, as well.

Send Me Down to Tucson – Mel Tillis

This is one of the earlier country cheating songs and one of the most famous examples. It finds its male narrator tired of his marriage and his wife, who doesn’t love him the way he needs her to. As a result, he meets someone new when his job sends him to Tucson and has some passionate encounters with her. He wishes his wife made him feel the way his mistress does.

Related: Sneak over to our list of cheating songs.

Exene Cervenka is in lonely despair after a breakup in this track. She comes to terms with the fact that she is losing her lover throughout the song. She’s in Arizona, but her heart is in California, which must be where her lost lover is now.

Related: Listen to more songs about the Golden State.

In this track, a preacher’s daughter acts rebellious and rides off with a “bad boy” on his motorcycle. The narrator here is that bad boy who leaves with her to go to California. The girl stops to phone her worried mother in Tucson.

‘King of Arizona’ is a somewhat abstract track. It seems that Clutch may be singing of the Native Americans of Arizona and how they belong to and influence nature and the land there.