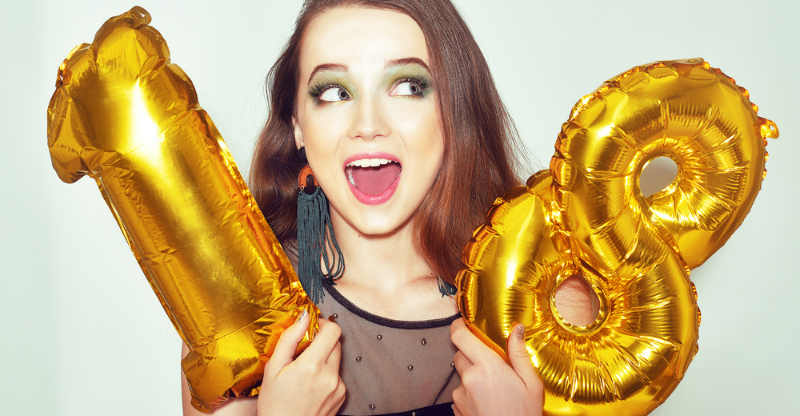 Turning and being 18 can be a very important moment in a young person’s life. It’s no wonder that, as a result of this coming-of-age number’s significance in many people’s lives, numerous artists have discussed the state of being 18 in song. Here are some of the most famous songs about being 18 from some of the biggest artists.

Khalid wrote of a reckless night he experienced at age 18 with this track. It is sometimes stylized as ‘8TEEN.’ It, along with the larger album it appears on, was written to capture the many turbulent emotions and experiences teenagers deal with.

This song is told from the perspective of a “bad boy” type whose girlfriend is only dating him to anger her parents. It demonstrates the wild emotions that teenagers often experience and the questionable decisions they tend to make, especially where parental relations and romance are concerned.

The A Team – Ed Sheeran

Ed Sheeran based this track on a girl name Angel whom he met while working at a homeless shelter. The song was Sheeran’s first single from his debut album and his breakout hit song, but the music video only cost him £20 to film and produce.

Alice Cooper evokes the frustrations and emotions that come with being an eighteen-year-old in this track. It evoked a feeling that many of Cooper’s listeners understood—a feeling of confusion at being old enough to fight for your country in the United States, but not old enough to do much else.

This song tells the story of a boy who wishes he was 18 so he could be with the girl of his dreams, who is already of a legal age. It takes a humorous approach to the frustrations of being an underage teenager who wants to be “punk.”

The Bucket – Kings of Leon

Kings of Leon sings of the beginnings of fame and the female attention it brings in this track. The first verse is sung from the band manager’s perspective. While the band’s home country is the United States, they’ve tended to be more popular in the UK, where this song was a huge hit.

She Will Be Loved – Maroon 5

This song was inspired by a guy and the brokenhearted 18-year-old girl he was trying to support, both of whom band frontman Adam Levine knew. While it was one of Levine’s fastest tracks to write, it was one of Maroon 5’s earliest hits, solidifying their place in the Adult Contemporary charts.

Bryan Adams encourages listeners to retain a youthful outlook on life with this track—specifically, to act like you’re 18 for life where your enthusiasm is concerned. It is the title track of Adams’ album released on 4 June 1996.

Anthony Kiedis wrote this song about his young girlfriend, model Heather “Nika” Christie. It’s about an 18 year old girl who’s trying to grow up too fast by living a wild life. The original working track had a different sound and title.

This song tells the story of 18-year-old Ricky who makes a terrible mistake that leads him to receiving a life sentence in jail. Skid Row’s guitarist, Dave “Snake” Sabo, wrote it based on a news story about a teenager who committed a similar act. Bass player Rachel Bolan co-wrote the track.

Ed Sheeran wrote this track for One Direction about loving someone since you were 18 years old. It was one of several hits that Sheeran wrote for the boy band at Simon Cowell’s request. Sheeran didn’t plan to follow through on this particular request, but inspiration struck him one day, and the song was born.

This song was inspired by a relationship that Halsey had with an older guy. It takes a self-confidence approach to such a relationship, as the singer claims to belong to no one. The guy in question lived on Halsey Street in Brooklyn, New York—the street that was one of the inspirations behind the singer’s stage name.

The Night They Drove Old Dixie Down – The Band

This track discusses the Confederate defeat by the Union Army during the United States Civil War. Joan Baez’s cover in 1971 became her biggest hit in the US and the UK; it also introduced many listeners to The Band and their music, which was a happy moment for the group.