14 Laidback Songs about Being Lazy 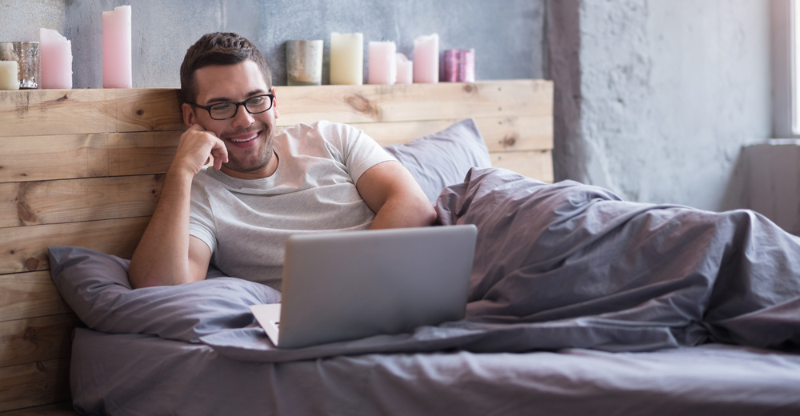 Do you have a long list of things you should be doing right now?

Sometimes, we need to be lazy to avoid burnout. Other times, we procrastinate and are lazy even if we need to get something done. No matter the cause, being lazy is one of those things that happens to everyone from time to time.

If you are ready to kick back and relax for a lazy day, the following songs about being lazy should get you in the right mindset!

This song starts by talking about the bustling stress of working a typical 9-to-5 job. It then encourages anyone tired of living this type of life to consider the free lifestyle of a musician that the narrator has. Making music and being your own boss of sorts is still “takin’ care of business” when music is your livelihood and everyday life.

Related: Find this song on our list of the best songs about working.

Lookin’ Out My Back Door – Creedence Clearwater Revival

John Fogerty’s son Josh inspired this song, which was also written partly for the then-three-year-old. The song talks about a magnificent and whimsical parade outside the narrator’s “back door.” He describes the many amusing sights that he sees outside. Some listeners thought the lyrics had darker themes, but Fogerty insisted otherwise.

I’m Only Sleeping – The Beatles

This is a proper tribute to staying in bed that John Lennon wrote as an ode to his love of lying around, sleeping or not. The song’s yawn effect didn’t come from a mouth, but a guitar played and then recorded backward. George Harrison came up with the idea after a studio engineer made the sound by mistake in a studio session.

Related: Here are some more songs about a dream.

Here’s a house music duet that quickly became a popular anthem about doing nothing. It is one of the most famous and widely loved house hits and was released in 2002. The disco record Happy Music, released in 1978, was a big inspiration for the track, as were European and United States house music.

The protagonist here has been worn down by the stresses of romance and other troubles in life. He wants to find somewhere to let go of worries and find a love interest who will make life easier instead of harder so he can “take it easy” for a change.

Related: Hear this song on the best songs for retirement.

This song’s narrator has no choice but to be lazy and relax—the taxman has taken everything he owns. The Kinks’ frontman Ray Davies wrote the song and its alter ego to deal with changes he was dealing with in life, including fatherhood and stardom. It turned out that the song did help Davies deal with his overwhelming emotions.

Related: Check out our songs for summer playlist.

This track talks about feeling okay about one’s decent life but wishing things were better. The narrator seems to think it’s easier to lay around and dream with the uneasiness that a so-so life can create. The guitar riff played throughout the song was inspired by Sheryl Crow’s ‘Leaving Las Vegas.’

‘Summertime’ is the most well-known track from the stage musical adaptation of Porgy and Bess, played four times throughout the play. The lyrics are about staying calm and collected while enjoying what the summer offers. Future worries can be put aside while the warm weather is here to relish.

Kenny Chesney dreams of escaping to Mexico and leaving his cares behind in this song, which is the title track of his sixth album. This song and album were very popular and led Chesney’s fans to adopt the name No Shoes Nation as his fanbase. The title is based on the well-known “No Shoes, No Shirt, No Service” signs seen at public establishments.

(Sittin’ On) The Dock of the Bay – Otis Redding

In this classic, Otis Redding sings of “sittin’ on the dock of the bay” and watching life roll by. Redding recorded the track three days before his death in a plane crash; the song was released a month after the accident. It was Redding’s biggest hit and the first song to hit Number One after the singer’s death in the United States.

Related: This tune is one of the best 60s songs.

The “Margaritaville” of this track is really Key West, Florida. Jimmy Buffett sings of wasting time and drinking in Florida to forget one’s cares. He seems to realize that it isn’t a woman’s fault that he is falling apart—it might actually be something he did wrong that led him to where he is today.

Related: Kick back and relax with these drinking songs.

The narrator here is in a limbo state where neither tiredness nor boredom explains how he feels. He doesn’t want sympathy; he just wants to feel better and at peace with himself. The song seems to relate to Billie Joe Armstrong’s meltdown at the iHeartRadio Music Festival, followed by his volunteer check-in at a clinic.

Bruno Mars was inspired to write this ultimate ode to doing nothing after trying to create a fantastic song in the studio. After its release in 2010, the song became Mars’ fourth chart-topper in one year—a feat that hadn’t been achieved since 2000.

Nothing in Particular – The Lacs

The protagonist here has been working hard all week. Now that he finally has a break, he doesn’t want to do much of anything. He just wants to relax and enjoy the weekend the way he appreciates the most. The track appears on an album of the same name.

Related: Love to chill? Then check out our laidback playlist of relaxing songs.

More songs about being lazy: