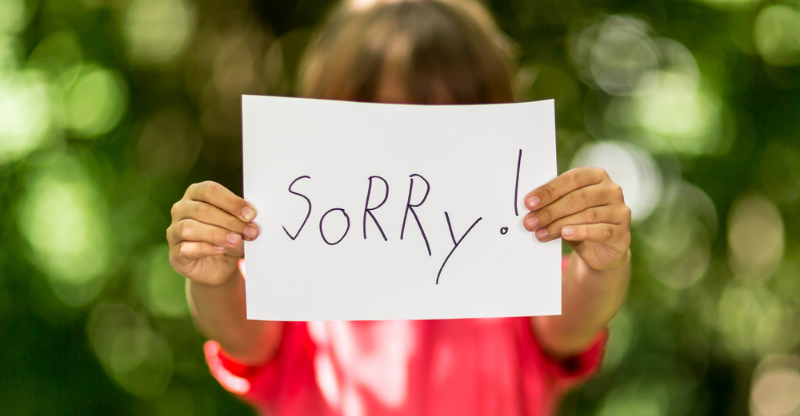 Sorry seems to be the hardest word, but it’s usually the best course of action if you know you’ve acted out of line.

Apologizing is also one of those human conditions that serves as a great artistic inspiration, especially in music.

Some of the world’s most famous musicians have tackled the topic of apologies and regrets in a number of effective ways. Keep reading to learn about some of the best songs about being sorry.

This song is all about a relationship going so wrong that it’s time to move on and too late for apologies. This was one of featured group OneRepublic’s earliest hits that remains one of their best-known pieces to this day. It spent a whopping 14 weeks on the Eurochart Hot 100 Singles chart.

For What It’s Worth – Liam Gallagher

Simon Aldred wrote this apology song for Liam Gallagher, the former frontman of Oasis who wanted something universal to apologize to anyone he may have wronged in life. It’s meant to highlight feelings of regret with no undertones of desperation.

Eminem sings of his mother and her abusive tendencies in this track. It was used in some of the trailers for the rapper’s film 8 Mile, but he found it to be too personal for inclusion in the film itself.

In this track, the protagonist begs a love interest to accept an apology. British producer and DJ Joel Corry covered this Monsta Boy track – originally titled ‘Sorry (I Don’t Know)’ – in 2019, with Hayley May providing uncredited vocals. It became the most-Shazamed track at 41,000 Shazams in 2019, making it one of the most popular apology songs ever!

This song tells a complicated and apologetic story about a lost bike that was recovered and then damaged by accident. It reminds listeners that it’s important to apologize to friends when they mess up, even if their intentions were mostly in the right place.

Feist sings an apology to a love interest after acting hurtfully. It’s an interesting piece in that it also reflects on the flaws in a relationship while looking hopefully toward the future and possible reconciliation.

John Lennon wrote this great apology song about the jealousy and possessiveness he felt with regards to wife Yoko Ono, especially related to the fact that she could speak Japanese, a language that he didn’t share with her. It’s also possible that it related to his friendship and conflicts with fellow former Beatle Paul McCartney.

Related: see songs about being jealous.

Sorry, Blame It On Me – Akon

Akon says sorry for poor, reputation-damaging behavior on tour while supporting Gwen Stefani in this autobiographical track. Its demo was leaked in February of 2007, but the official release came in July of the same year on MySpace.

This song was dedicated to Kurt Cobain’s wife and daughter and details the challenges and changes he faced throughout his life. This would be Nirvana’s last single prior to Cobain’s death only four months later.

Sorry Seems To Be The Hardest Word – Elton John

Featured in 1977’s film Snap Shot, this Elton John piece tackles the frustrations of trying to find a way to make a love interest feel something for you after a bump in the road. It is a very simple, raw piece about such feelings of desperation and the inevitable end of a romance.

Here’s a track that takes an interesting spin on being sorry as Bryan Adams asks a love interest to forgive him for loving her too much. It was the first track that Adams used a modulation in, as he didn’t like them and avoided their use as much as possible.

This song was inspired by a rainy day that prevented the members of R.E.M. from calling their families and friends to check in while opening for the Human League in Los Angeles on 11 June 1983. It became the second single from the band to reach the Billboard Hot 100 chart in the United States.

Justin Bieber wrote this hit with singer and prolific songwriter Julia Michaels. Michaels has said that the two were trying to write a universal song about making a huge mistake in a romantic relationship and trying to mend it, even if it may be too late to do so.

This track discusses how hard it can be to say sorry while also wanting a loved one to know you will do whatever you can to prove how special they are to you. Chicago’s vocalist Peter Cetera wrote the hit with David Foster, who also played piano for the recording.

Blake Shelton cleverly plays with the word “sorry” in this country track, which is more about a lover’s apology than the protagonist’s regrets. Martina McBride provided harmony support for this piece, which Shelton was originally intimidated to sing before realizing he could pull it off.

Baby Can I Hold You – Tracy Chapman

This classic ’80s love song seems to be about an apology that’s been going on for years without being accepted by the other party. It’s also about trying to find the words that let someone understand how much they mean to you. The single reached various charts across the world after its release.

This sarcastic apology song is about being your unapologetic self, no matter what haters may say about you. It has been a very popular girl-power anthem since its release that encourages listeners to be themselves and not take others’ criticisms too seriously.