16 Best Songs about Being Strong and Finding That Inner Belief 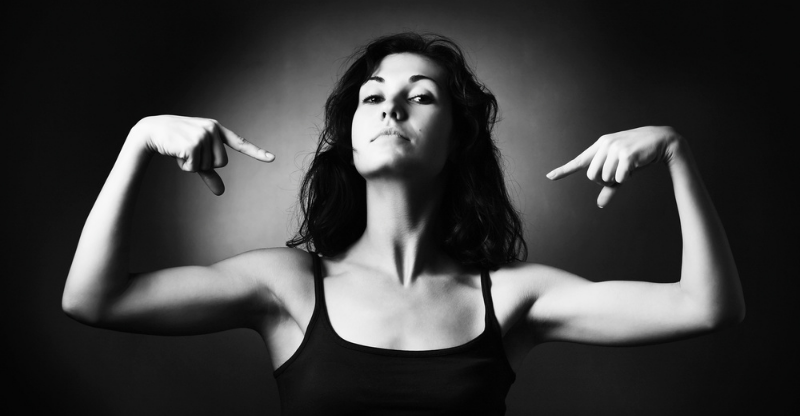 Are you facing adversity? Maybe you’re contemplating a major life change, but you feel like you don’t have the strength to do it.

Here’s where music can give you a helping hand. These songs will offer gentle reminders that you have the power to take control of your life and change it for the better. It’s in your hands.

From Rudimental’s lesson emphasizing the sun will rise again to Demi Lovato’s ‘Confident’ anthem cheering you on while you rule your day, here’s our pick of the best songs about being strong that will help you find that inner belief.

“And I feel my love floodin’ back again.” Rudimental recruited X Factor winner James Arthur to provide vocals for their track ‘Sun Comes Up.’ Though originally penned about a breakup, Arthur, who had struggled with mental health issues after winning X-Factor, viewed it as a story about renewal and new chances. It’s one of the best motivational songs out there.

This fast-paced track interlaced with gospel notes got the name ‘Glorious’ from songwriter Skyler Grey, who worked with Macklemore on the tune. Recorded at his home studio, both Grey and Macklemore were in positive headspaces at the time. This artistic joy can be felt throughout Gemini, the 2014 album featuring ‘Glorious.’

The Harder They Come – Jimmy Cliff

“The harder they come, the harder they fall.” This upbeat reggae groove reminds you no matter how hard life gets and no matter how much opposition you face, you must strive to succeed. “As sure as the sun will shine, I’m gonna get my share now. What’s mine.” This is an easy-listening, fun tune with a powerful message. If you’ve had a tough day, stream this track to lift your spirits. It will help you deal with life’s disappointments.

Here’s one of the best songs about not giving in. Written by Bethel Church worship leader Jenn Johnson, ‘You’re Gonna Be Okay’ offers a hopeful message to those going through the many different battles life can throw at us. Jenn wrote the single as her husband was going through a particularly difficult time, and she turned to prayer for answers. ‘You’re Gonna Be Okay’ became the lead single off Jenn and her husband’s first studio album, After All These Years.

Written while dealing with the emotional rollercoaster that inevitably comes with newfound fame, Shawn Mendez used his feelings of anxiety and depression and channeled them into his work. “And my dad said, Shawn, stay with me. Everything will be alright.” ‘Hold On’ has an autobiographical element to it. Mendez was able to pen the song after a comforting phone call from his father.

I Can’t Keep Up (feat. Will Heard) – Tourist

“I’m trying hard. And reaching out for a rainbow.” This deeply philosophical song contemplates man’s relation to the universe. “I’m driving on ‘till the break of dawn. I refuse to fall.” Though Tourist tackles the topic of loneliness and isolation in “I Can’t Keep Up,” the songwriter keeps the lyrics centered around humankind’s ultimate nature of resilience to overcome challenges that stand in their way.

“This is my fight song. Take back my life song.” Rachel Platten wrote this song as a reminder the negative thoughts inside our heads are liars. As an anthem for anyone struggling with self-doubt, lyrics like “I’ve still got a lot of fight left in me” emphasize the importance of standing up for yourself and fighting for what you believe in.

Related: this track appears on our list of songs about fighting back.

Featured on Hannah Montana: The Movie, this raw, emotional number shows Cyrus’ range as a vocalist and as a performer. This empowering song opens up like Miley is having a conversation with herself, “I can almost see it, that dream I’m dreaming.” By the end, big production backs vocal runs as she sings, “It ain’t about what’s waiting on the other side. It’s the climb.”

Related: this one also features on our playlist of keep going songs.

In this pop hit, Christina Aguilera shows gratitude to her opponents by saying, “Thanks for making me a fighter.” Aguilera’s show-stopping vocals pair with a driving beat that will leave the listener feeling hyped. The singer used her volatile childhood home and teenage years being bullied as motivation for her powerful performance in this song.

“I run this show.” Lovato’s audacious ‘Confident’ is modern pop-perfection. It features a bold brass section and a beat that will make you want to turn up the volume in your earbuds and nod your head. Demi loved the no-holds-barred lyrics and knew the song had to go on her LP in 2015. “‘Cause this is my game. And you better come to play.” She felt the message was in perfect alignment with where she was at in her life at the time.

“I am the champion. And you’re gonna hear me roar.” Written after her divorce from former husband, Russell Brand, Perry released this song as a symbol of her moving into the next chapter of her life. Lyrics such as “I went from zero, to my own hero” combine with reverb-heavy production and full-sounding instruments like the synth bass and electric guitar to give life to the song’s theme of self-empowerment.

“What doesn’t kill you makes you stronger.” Clarkson takes an age-old saying and puts her own spin on it with ‘Stronger.’ Nothing is going to stop her as she finally breaks free from a bad relationship. As the song reaches its tipping point in the bridge, she half-screams-half-sings, “You know in the end the day you left was just my beginning.”

“The past is in the past.” Unless you’ve been living under a rock for the past few years, you’ve probably heard the ‘Frozen’ song more times than you can count. Sung by Demi Lovato for the Disney film, it’s a highly catchy number anyone can relate to. From fears to anxiety and inhibitions, who hasn’t ever struggled to “let it go”? Though the song reached worldwide popularity due to Frozen, it was originally written for Broadway singer Idina Menzel, who has a three-octave range.

Hall of Fame – The Script

This inspirational song featuring Black Eyed Peas’ will.i.am focuses on the uplifting nature of everyday people. Danny O’ Donoghue, who goes by the stage name Script, felt the need to write a song about the importance of not getting wrapped up in all the things the entertainment industry offers like red carpets, parties, and money.

(Something Inside) So Strong – Labi Siffre

“The higher you build your barriers, the taller I become.” This 1984 single was one of Siffre’s biggest successes. Written as an anthem for those who feel marginalized and persecuted, he drew from his own experiences as a child who didn’t fit into traditional ways. It’s a powerful song that encourages you to overcome adversity.

Never Give Up – Sia

“And I won’t let you down. I’ll keep gettin’ up when I hit the ground.” ‘Never Give Up’ was recorded as the feature track for the 2016 film, Lion, about a boy on a quest to reunite with his family. It’s an uplifting song with a Bollywood stylistic feel in keeping with the film’s Indian roots.