15 Songs about Best Friends to Celebrate Your Bestie 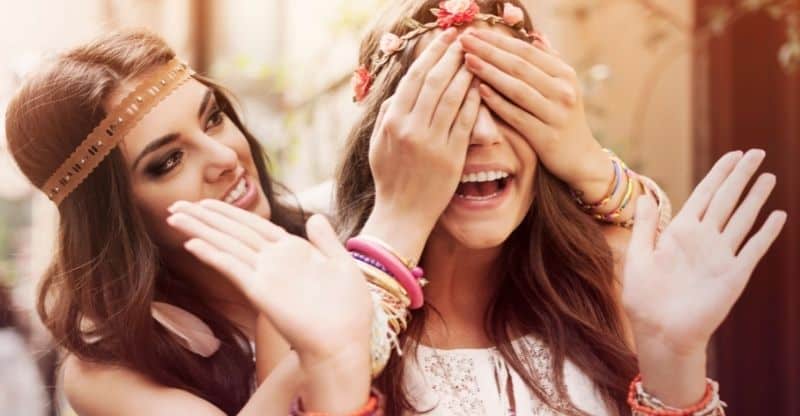 American cartoonist Bill Watterson said it best when he uttered the words, “things are never quite as scary when you’ve got a best friend.”

It’s true. Life can be tough, and good friends are important for a long and fruitful life. But top of the list is the ‘best’ friend – that special friend who knows you better than anyone else. Of course, sometimes a lover, family member, or even a dog (lol) can also be considered your best pal.

So here’s our pick of songs about best friends that celebrate friendship and remind you just how fortunate you are (if you have a bestie). They don’t come along every day!

This song is all about platonic love and hanging out with real friends you’ll always be there for (as opposed to fake friends). The song is meant to celebrate the friendships that seem like they’ll last a lifetime. Sophie and Tucker, the two behind Sofi Tukker, had several of their friends singing in the song and featured in the music video because they wanted to take a minute to be grateful for all the friends they made as they traveled around the world.

I’m Only Me When I’m With You – Taylor Swift

Some people make you feel comfortable enough to be your true self, and those friends are what this song is appreciating. In the song, Taylor says she doesn’t want to do anything without her friend or go anywhere without them. And even though the friend sometimes drives her crazy, they’re still the only person she wants to conquer life with. She can tell all her secrets to this BFF, and they’ll always listen and never judge. That’s how you know you have a true friend!

‘Friends’ is about the special friendship between BTS members Jimin and V. The song reveals that they’ve been friends since they were riding the school bus together. They mention inside jokes and memories they share, like “the dumpling incident” and the dreamcatcher in V’s room, showing that these two really are close friends. The song mentions seven years because that’s how long BTS had been around at the time, and being in the band together strengthened their friendship. They hope to stay best friends forever, even after their fame goes away.

The singer in this song is talking to a man, presumably a boyfriend, who keeps causing her emotional pain. She tells him that her best friend thinks they should’ve broken up a long time ago. The chorus shows that this friendship is a strong one that will last for many years, but it also shows how best friends can give tough love to each other when needed. The best friend says she’s tired of hearing her friend crying on the phone because of the guy she’s having problems with. That’s tough love only a bestie can provide.

No list of friendship songs is complete without this one. ‘You’re My Best Friend’ might be referring to romantic relationships that also function as best friendships since it uses “honey,” “girl,” and “love,” but it can still refer to platonic love. The singer talks about how the two have been together for many years and how they’ve always been with each other. The best friend makes the singer live a fulfilling life that he wouldn’t have without them. The best friend functions as the other half who helps balance him out since he says, “I got you to help me forgive,” showing that they talk some sense into him when he’s angry.

The message may not be clear on the first listen, but Young Thug’s best friend is himself. It’s a song about self-esteem and making sure you’ve got your own back. The somewhat pessimistic view in the song is that everyone will either stab your back or leave you, which is why you need to be there for yourself. The music video makes the message clearer since he plays every character. You’ll see him loving himself, dressing, driving himself, serving himself for dinner…he’s always there for himself no matter what. Sort of sad, really.

Always Be Together – Little Mix

Many people assume that the singer is supposed to be a friend who passed away and is singing the song to her best friend who still remains on earth. The lyrics speak of seeing each other again and always watching. Another interpretation of the song is that the two best friends in question have parted ways, whether it was relocation or an end to the friendship. Even if your friendship ends, you can still wish your friend the best and be there for them in spirit.

Brandy acknowledges that friends won’t always be there, but some people are exceptions, and those are worthy of being called best friends. She describes a long-lasting friendship where they’ll always stop everything they’re doing if the other one needs something. She promises dependability and unconditional love, which is something every best friendship should have. Brandy dedicated the song to her brother, showing that the bond between the two siblings is strong. The song can apply to any friendship, but the dedication suggests that sibling bonds can sometimes be the strongest.

This song is about true friends who will be best friends forever, the ideal “ride or die” friendship, as they say, and is based on Saweetie and Doja Cat’s friendship. In the song, they hype each other up by pointing out their wealth, possessions, attractiveness, and dancing abilities. It’s clear that the two cherish each other and love to have fun. ‘Best Friend’ has become an anthem of girl power, but it can be used for any friendship that’s the “baddest in the club.”

The lyrics in this song talk about a best friend who is unlike all the others. She understands the singer even when he’s at his lowest, which seems to frequently be the case since he mentions it more than once and says, “it hurts to be that way.” Even so, his best friend is there for him. Some have concluded that this “best friend” refers to a bad habit he can’t let go of, which makes this song seem hopeless rather than grateful.

‘My Best Friend’ has simple lyrics and can apply to any friend you love, whether that love is platonic or romantic. The singer loves his best friend and wants them to know it. Their friend can brighten their day and make them feel better. Rumor has it that Rivers Cuomo wrote this song about his dog, but there isn’t anything to back that up. (But hey, it could work!) This song could’ve been part of the Shrek 2 soundtrack, but it wasn’t ready at the time, and the film producers turned it down. Shame!

Count on Me – Bruno Mars

‘Count On Me’ is a great reminder to be there for your friends (and is considered to be one of the best songs about friendship of recent years). Sometimes people get caught up in their busy lives, but this song can help you slow down and check up on your friends. The singer pledges to do anything for his friend whenever they need him. He also says that you can “find out what we’re made of” when you help your friends, suggesting that the love and help you give determines your character.

Pharrell Williams tells of his difficult childhood in this song, but his best friend was the light in his life. Pharrell tried to stay strong and roll with the punches, but his best friend told him, “let it out, P,” and encouraged him to acknowledge his feelings and accept that not being okay with the circumstances is part of life. He describes his friend’s wisdom as “divine intervention,” suggesting that the advice was more than just advice; it was something that saved him and got him through the dark days.

Tim McGraw sings of a lover who is also his best friend. McGraw seems to place the Best Friend title above Lover since he begins the chorus with “you’re more than a lover” and ends it with “you’re my best friend.” Perhaps this is because a lover can be for a night and a best friend is someone you spend years of your life with. Whether or not this is the case, it’s obvious that he has placed his best friend/lover on a high pedestal and doesn’t want to live his life without them.