22 Best Songs About Betrayal – Put Those Scoundrels in Their Place! 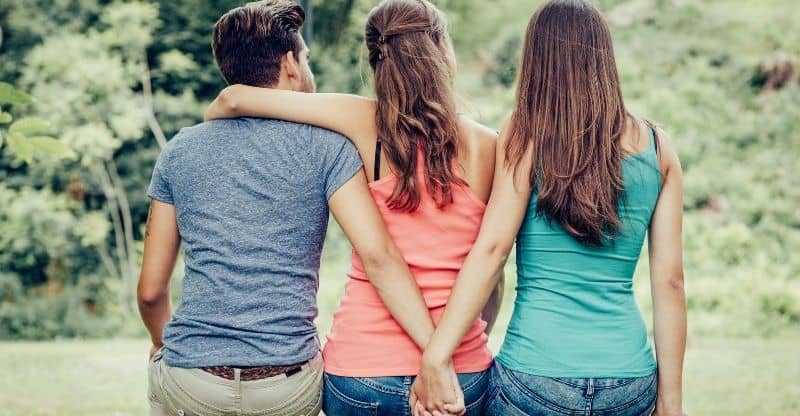 Ever been cheated on by your lover, business partner, or friend? Had your dreams shattered? Promises broken? Someone you trusted let you down?

It’s the worse feeling ever, right?

No surprise then that so many songs have been written about it. So, without further ado, here’s our pick of the best betrayal songs ever written.

Warning: A few songs on this list contain the ‘F-word’ (and other expletives), so if you’re young, you should ask a parent before you carry on.

‘Eye Hate U’ By Prince

‘Eye Hate You” (the ‘eye’ is often a little picture of an eye) is the antithesis of the Prince song ‘The Most Beautiful Girl In The World’.

His contempt for this unfaithful lover who’s done him wrong is palpable! But paradoxically, he loves her even though she cheated: “I hate u because I love u!”

Oh well, I’m sure there was plenty more fish in the sea.

‘I Heard It Through the Grapevine’ by Marvin Gaye

What’s the one thing worse than getting cheated on? Discovering you’ve been cheated on through gossip.

That’s the subject of this soul classic about a man discovering from word of mouth (‘on the grapevine’) that his wife is having an affair. It’s one of the best songs about cheating ever recorded.

It stood as the longest-running #1 for Motown until the Lionel Richie / Diana Ross duet ‘Endless Love’ topped it in 1981.

Related: check out our list of other songs with food in the title.

‘Back Stabbers’ by the O’Jays

Betrayal doesn’t just occur between lovers, of course. It happens in every walk of life, and the music industry is notorious for people ready to rip you off and stab you in the back.

That’s the topic of this gem of a number from the O’Jays: “They smile in your face, all the time they wanna take your place, the back stabbers,.”

‘You Oughta Know’ by Alanis Morissette

Alanis Morissette’s fiery, angry message from the point of view of a scorned ex-girlfriend (directed at her former lover) is one of the best songs about betrayal, period.

If the instrumentation sounds a bit familiar, that’s because Dave Navarro and Flea from Red Hot Chilli Peppers appear on the track to give it some fire.

‘You Won’t See Me’ by The Beatles

It was a reaction to the end of a rocky relationship with actress Jane Asher. But, in contrast to earlier Beatles material, the bitterness and contempt shine through.

He sings: ‘When I call you up, your line’s engaged, I have had enough, so act your age.’

‘Love the Way You Lie’ by Eminem and Rihanna

Betrayal is a common theme in a lot of Eminem’s music. ‘Love the Way You Lie’ is one of the best examples from his superb album Recovery.

The lyrics portray a couple’s refusal to separate, despite being in an abusive, toxic relationship: “Just gonna stand there and watch me burn, but that’s alright because I like the way it hurts.”

The inclusion of vocalist Rihanna is an excellent touch as she’d also been subject to an abusive relationship. From Rihanna’s gut-wrenching chorus to Eminem’s impressive rhymes, it’s a great piece.

There has been much debate over the years about who the song is about, but it’s generally believed the lyrics were directed at folk singer Phil Ochs, with whom Dylan had a long-running dispute with.

The song had a significant impact on singer-songwriting Joni Mitchell. “Oh my God, you can write about anything in songs’. It was like a revelation to me” she’s on record as saying.

Pink Floyd have always been scornful of the upper classes.

In their brilliant ’70s album Animals, the track ‘Dogs’ aims at business people who make themselves wealthier at the expense of the poor.

‘And after a while, you can work on points for style, like the club tie, and the firm handshake.”

The end for these salarymen isn’t rosy: “all alone and dying of cancer”…”dragged down by the stone.”

‘Use Me’ by Bill Withers

Ever felt used but liked it? Well, Bill Withers has.

In this funky mother of a song, Withers gets walked all over. But he loves it. His friends feel “it’s their appointed duty” to tell him to stop.

His brother sits down and talks to him, ‘I’m sure he meant well’ but ‘brother if you only knew you’d wish that you were in my shoes.’

But don’t feel too bad for him. He reminds her that he’s using her too: ‘I sure am using you to do the things you do.’

A fan favorite, ‘Whipping Post’ was one of The Allman Brothers Band’s biggest songs and became a staple of their live shows. They even performed a 22-minute live version at Fillmore East!

The song has some unusual time stamps. For example, the verses are written in 12/8, but the chorus is in 11/8 time.

Beyonce’s ‘Don’t Hurt Yourself’ has been likened to a modern-day ‘Respect’ (Aretha Franklin’s tour de force on women’s rights).

A sample of Led Zeppelin’s ‘When The Levee Breaks’ – a song we included in our list of songs about water – is included in this song.

On bass and backing vocals is Jack White (of the White Stripes), who also helped produced the track.

‘When the Wild Life Betrays Me’ by Jimmy Buffett

Known as the godfather of beach songs (with classics like ‘Changes in Latitudes, Changes in Attitudes’ and ‘Margaritaville’), Jimmy Buffet is a bit of a legend in sunny climates.

He’s an advocate of having a good time, bobbing around on his boat in the Caribbean (and who can blame him!). He embodies the ‘island escapism’ lifestyle.

In this reflective song, he wonders what will happen when the ‘wild life betrays me.’

If you want a song that exudes pure hate for someone, then ‘F.O.D’ (short for ‘F–k Off and Die’) should be near the top of your list.

I love it when the raucous band comes in on the chorus.

‘Lyin’ Eyes’ by The Eagles

According to the documentary Hell Freezes Over, The Eagles discuss the origins of this song.

When they were a struggling band in LA, they’d see lots of gorgeous women (at venues where they’d play) who were married to horrible – but rich – older guys.

Glenn Frey, the singer on this number, reportedly said one time at their favorite bar Dan Tana “Look at her, she can’t even hide those lyin’ eyes!”. And therein, the song was born.

‘In the Air Tonight’ by Phil Collins

A song about the anger Phil Collins felt after the split with his first wife in 1980.

His tour schedule (he was in pop group Genesis at the time) and erratic behavior allegedly drove her into the arms of another man (who happened to be a painter and decorator!).

Hilariously, Collins appeared on the TV show Top of the Pops with a pot of paint and a brush next to his keyboard to perform the song.

‘Such a Night’ by Dr John

How about if you’re the one doing the betraying?

In a great twist on the betrayal song, that’s the subject of the brilliant ‘Such a Night’ by Mac Rebennack, aka Dr. John.

The protagonist in the song is besotted with his friend Jim’s girl. The cheating scumbag is trying to steal his best friend’s date! He admits, ‘if I don’t do it, somebody else will.’

‘Such A Night’ was the enigmatic Dr. John’s best-known, most recorded song. This performance from the acclaimed movie concert The Last Waltz is priceless.

From the hit album Born to Run, ‘Backstreets’ is about a relationship with one of Springsteen’s many fictional characters he weaves into his songs. The friend is a certain ‘Terry.’

It’s a question of considerable debate about the gender of this Terry. Is it a guy or a girl?

Many fans vehemently reject the idea it’s a guy, but there is no definitive saying one way or the other in the song (no mention of ‘he’ or ‘she’). As many fans believe, it could be a song about friendship (a platonic but intense relationship) between two guys that has faded.

Curiously, there is a resemblance to the organ from the song ‘Positively 4th Street’ by Bob Dylan (also on this list), an influence of Springsteen’s.

British singer Lilly Allen’s debut single, ‘Smile’ is about getting revenge on a lover who has done you wrong. In the song, Lily laughs (well, smiles) at her ex-boyfriend, DJ Lester Lloyd as he tries to win her back.

The funky organ part is a sample from a track called ‘Free Soul’ by reggae band The Soul Brothers.

‘Rolling in the Deep’ by Adele

An angry song by the talented singer Adele.

In an interview with Spin magazine Adele said of the song: “It’s me saying, ‘Get the f–k out of my house instead of me begging him to come back.”

‘You’re Not Sorry’ by Taylor Swift

It’s the worst feeling when you’re let down by someone you thought was terrific.

That’s the subject of this country pop power ballad by Taylor Swift. The song was inspired by an ex-boyfriend who she started out thinking was a real ‘Prince Charming’ but later realized was a jerk.

‘Cry Me a River’ by Justin Timberlake

‘Not to be confused with the standard of the same name (written by Arthur Hamilton), ‘Cry Me a River’ is targetted at Timberland’s ex-partner Britney Spears.

Timberland had been to one of her shows and witnesses her talking him down. A heated argument over the phone ensued, after which Timberland burst into the studio and let off steam with this track.

‘You Give Love a Bad Name’ by Bon Jovi

Soft rock supremos Bon Jovi released ‘You Give Love a Bad Name’ as the first single from their 1986 album Slippery When Wet. It’s about a woman who jilts her lover. She’s so bad, she ‘gives love a bad name’!

It became the band’s first number one hit and paved the way for ridiculous hairstyles and a slew of ‘glam metal’ bands. Thanks, boys!