10 Great Songs about Birds for the Twitcher in You 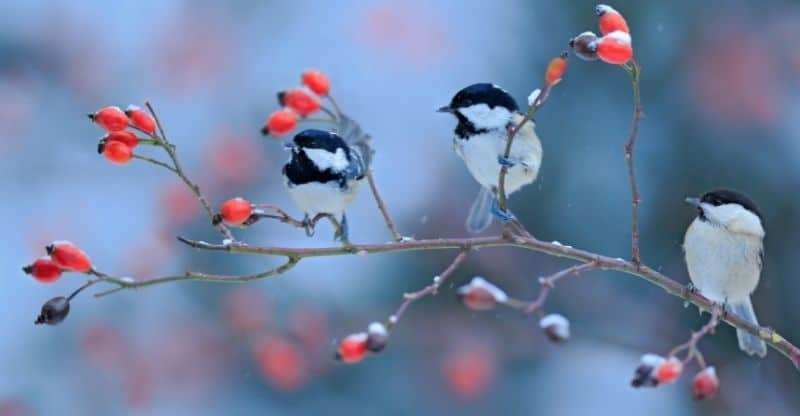 Birds carry a lot of symbolism in many cultures. From their beautiful feathers to their many calls, they have an almost mystical beauty that appeals to humankind. As a result, they’ve served as an inspiration for many influential music artists of today and yesterday, in both literal and figurative senses.

Some meanings are obvious, while others take some thought to figure it out, but all of these songs about birds will make you want to spread your wings and fly.

A twitcher, by the way, is someone obsessed with bird-spotting 🙂

‘Blackbird’ is a gentle yet powerful acoustic composition that has been said by Paul McCartney to symbolize the Civil Rights struggle for the Black community in the 1960s, particularly in the Southern United States. In a much broader sense, it’s a tale about an injured bird spreading its wings (“take these broken wings and learn to fly”) that can be said to represent an inner awakening or developing the ability to extend one’s wings after facing any form of adversity. It can also be interpreted as encouraging people to follow their dreams.

Related: see our playlist of songs about not giving up.

When Doves Cry is an upbeat tune with a downbeat message. Doves can symbolize love and peace, so we can assume that the song is about a happy couple—or a couple that was once happy. “This is what it sounds like when doves cry” suggests that the relationship is no longer happy. The lyrics seek reasons why the relationship is failing, making references to each person being similar to the parents. Referencing the parents gives a bit of a hopeless feeling, suggesting that problems repeat themselves from generation to generation.

Prince kept doves in his home, making the reference quite logical. In any case, this is a much-loved track of the 1980s that utilizes the dove metaphor in a very compelling way.

Birds are seen as symbols of freedom since they can fly where they want and aren’t limited to life on the land. In this 1970s rock classic, a “free bird” is used to symbolize a man explaining to his love interest that he has to remain free and explore the world without anyone else’s meddling. This song’s message is beautiful in its simplicity, as there’s only one way to interpret its lyrics and meaning. This track has been recognized by the Grammy Hall of Fame and is also Lynyrd Skynyrd’s longest song, coming in at nine minutes and eight seconds.

Related: see our playlist of songs about being free.

Albatross is a captivating, atmospheric bird song that will transport you to the ocean. Although there are no words in this instrumental song, the music effectively helps you create a beachy scene in your mind where you can visualize an albatross soaring above the water. The song is peaceful and encourages a feeling of calm. However, when one considers the common symbolic meaning of the albatross as a problem or curse that is nearly impossible to overcome, the song’s title takes on a different meaning.

Fun fact: albatrosses are wild birds that don’t flap their wings often when they fly, so they appear to effortlessly glide through the air without a care in the world.

This upbeat, dance-worthy track is interesting in that it’s one of the only songs on this list that actually tells the story of a musical bird. However, it’s interesting to note that “Rockin’ Robin” was inspired by a mockingbird, rather than a robin, and that composer Leon René was actually bothered by the bird in question. Fortunately, this frustration didn’t come through in the lighthearted and sweet lyrics that listeners of all ages have enjoyed for decades.

This classic Bob Marley song is a carefree tune that’s telling you to just chill out. Waking up with the sun suggests that you don’t have anything going on because there’s no alarm yelling at you before the sun is up. While the inspiration for the song has been a mystery since its release, “Three Little Birds” is thought to be at least partly inspired by three birds that frequented Marley’s home. Whatever its true origins, this song has helped listeners see the brighter side of life for decades.

Morning Mr. Magpie requires some magpie knowledge for this song to make any sense. Magpies are beautiful, intelligent creatures, but they’re considered to be bad luck in many parts of Europe. These birds tend to steal shiny things, which may be why they “got some nerve coming here.” Greeting a magpie is said to ward off bad luck, which is why it’s given a “good morning” in the song. A more up-to-date technological interpretation could be talking about how social media creates short attention spans and can ruin one’s ability to create.

Lana Del Rey’s moving track “Swan Song” discusses a love so strong that the subject is willing to give up everything for it, even her music career. The “swan song” theme is quite easy to interpret, as a swan song is a common expression for a last act of greatness before the end of a career, particularly a creative one. The swan song serves as a powerful metaphor for the power of love to turn one’s life upside down—sometimes in self-destructive ways. Depending on how you look at the song, it can also be interpreted as a metaphor for saying goodbye to life. Your last living days can be a sort of a swan song.

This song is about feeling trapped by living life according to how others want rather than by what you want. The caged bird sings because music brings joy, and that’s the only joy the singer can find while feeling trapped and scrutinized. A caged bird is a perfect metaphor for showing discontentment with life since birds are free creatures that can go wherever they please, so long as they aren’t confined to a small space. The entire song also conveys the sense of loneliness that can come over a creative person trapped in such a situation.

As bird songs go, this one may sound a little random, but you can take most of its meaning at face value. It’s about a night light in the shape of a blue canary. It mentions a picture, and that’s supposed to be a picture hanging on the wall that the night light can “see” from its position in the room. The birdhouse is a bit more abstract. It could mean creating a place within you to carry the light (symbolizing positivity, warmth, or friendship) with you wherever you go. It could also be a metaphor for nostalgia since night lights are usually in a child’s room.

Besides the unusually concrete connection between a nightlight and a canary, the song is interesting in that it interpolates sections of The Lovin’ Spoonful’s “Summer In The City” (a song we include on our songs about heat playlist.)

More Songs about Birds (in case you needed more!):