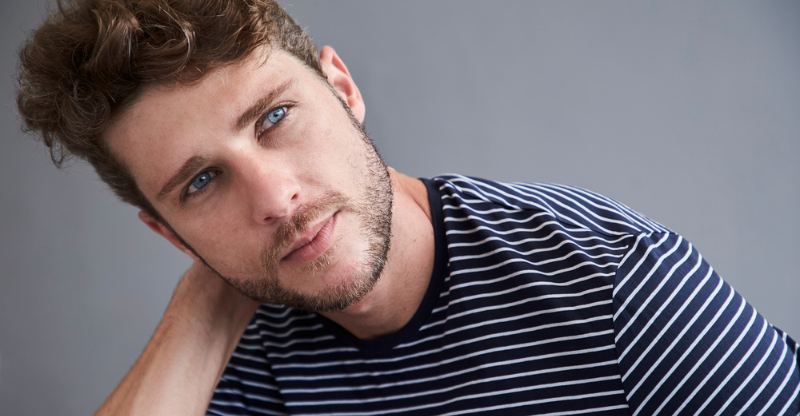 Many music artists have found blue eyes and the people who have them to be inspirational fodder for numerous songs over the years. Country singers, rappers, and pop stars are just a few examples of singers who have tackled the topic of blue eyes in their songs. Here are some of the best songs about blue eyes and interesting facts about each.

This song is about Lou Reed’s college girlfriend and their breakup. Edwyn Collins and Paul Quinn recorded a duet cover version in 1984, which was a minor UK hit, peaking at Number 72 on the charts.

Willie Nelson tells a sad story of a man who kisses his lover goodbye, only to grow old and never find love again. He hopes to see his love in Heaven. It’s one of a few Nelson hits that the country singer didn’t write.

Diane Warren wrote this song for the soundtrack of the 1999 film Runaway Bride. Eric Clapton sang it for the soundtrack and released his own single version. It’s about an untrustworthy and hurtful romantic partner who made the protagonist sad.

This song is about Stephen Stills’ then-girlfriend, Judy Collins. The full-length version is indeed a suite, with many changes throughout. One such change is a final verse in Spanish about Cuba that doesn’t have anything to do with the rest of the song’s theme.

This song is possibly dedicated to George Strait’s daughter, Jennifer, who died at age 13 in a car crash. Aaron Barker actually wrote it, so whether or not the song is biographical remains unknown. In any case, it’s about the loss of a female loved one with blue eyes.

Baby Blue Eyes – A Rocket to the Moon

This track’s protagonist is in love with a unique woman, her many positive qualities, and her blue eyes. It highlights how romance can change your life and your self-concept. It also shows how passionate and all-encompassing romantic love can be.

Bruce Springsteen criticizes the US government in this dark piece that doubles as a passionate love song about romance with a blue-eyed woman. It was released on Springsteen’s 2014 EP American Beauty and has never been performed live. Most songs on the EP were cut at home, most likely including at least parts of this track—though some parts seem to have been studio recorded.

Here’s a track that could be about a love lost to mistakes made; however, some listeners believe there are religious themes of good versus evil at play. Lost light in one’s life and the consequences of misdeeds are themes present in the song.

I Still Miss Someone – Johnny Cash

Johnny Cash sings of missing a long-lost, blue-eyed love. It was co-written with his nephew, Ray Cash, Junior, and was performed for most of his live recordings after the 1960s. It was also re-recorded for several projects. Cash also recorded ‘I Still Miss Someone’ as a duet with Bob Dylan.

Related: Find this song on our playlist of missing someone songs.

Behind Blue Eyes – The Who

While not entirely biographical, this song is at least partially based on the blue-eyed Pete Townshend’s angst and distaste for the rock-star life, inspired by a run-in with a groupie after he was married. Other artists have covered the track since its release, including Limp Bizkit.

The protagonist of this track says his lover looks beautiful and youthful, even without makeup. The song highlights that life can be better with someone special than without. Frontman Gary LeVox has said that it’s the most relatable of Rascal Flatts’ songs for him.

This was the sequel to Crystal Gayle’s sister Loretta Lynn’s ‘I’ve Cried The Blue Right Out of My Eyes;’ it was intended for Brenda Lee, but she could not sing it as she did, indeed, have blue eyes. Lynn recorded it herself, followed by Gayle, who became a crossover star with the track. The song’s writer, Richard Leigh, was inspired by his dog’s brown eyes for some of the lyrics.

Here’s a song about how powerful love can change one’s life in overwhelming proportions. It was released by American rock band Middle Brother in 2011 on their self-titled album.

This Restless Heart track was inspired by band member Van Stephenson’s teenage relationship with a girl who moved away from Texas, leading to his broken heart. It became a Number One hit as the lead single from the band’s third studio album, Big Dreams in a Small Town.

ZZ Ward sings of being blind to everything but love in this track. It’s a modern song in the blues category that prominently features organ music for a unique sound.

Unlike many songs about blue eyes, this track is about having a “blue-eyed soul.” Its lyrics are somewhat abstract and, therefore, open to interpretation; however, the song does seem to talk about someone afraid of taking chances and will probably end up in trouble due to their own cautiousness.

This was a hit for Steve Lawrence in 1959 and for Craig Douglas in the following year. It’s about finding true love with a pretty, blue-eyed love interest who just moved in next door. After its release, the song charted in three countries and on multiple US charts.