18 Songs about Boston, The City on a Hill 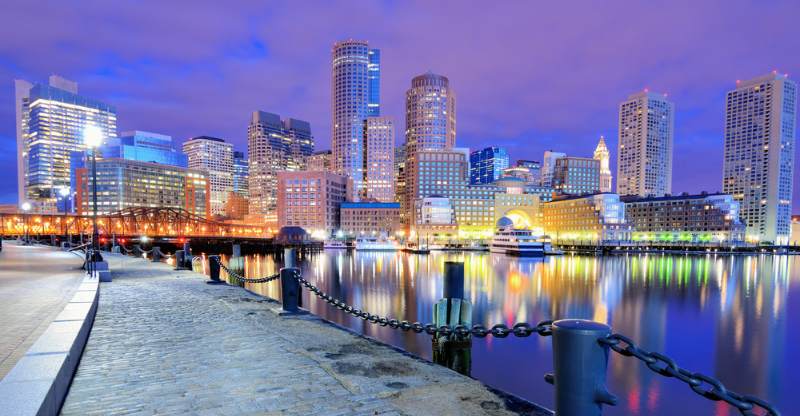 Located in the northeastern state of Massachusetts, Boston is one of America’s most popular cities. Not only does it have an interesting past, but it is home to popular football team The Patriots, Harvard, one of the country’s ivy league schools, and several famous musicians. With this rock-heavy playlist, check out the most popular songs about Boston.

Songs about pollution tend to act as warnings to listeners, but for garage band The Standells, Boston’s notoriously murky Charles River acts as a symbol of pride in their tune ‘Dirty Water.’ Even though none of the members were from the northeastern city, they still managed to capture the essence of a blue-collar class of workers in love with the famous town’s gritty underbelly.

“…I think I’m goin’ to Boston. I think I’ll start a new life.” A moody coming-of-age story, Augustana’s ‘Boston’ was used in popular teen drama series like One Tree Hill due to its ability to gently capture the angst many young adults feel as they try to figure out their lives after graduating. Jared Palomar, the band’s bassist, spent many summers in Boston away from his California home, and chose it as the setting for the song due to its removed location from the golden state.

A high-powered rock anthem by Celt-punk band Dropkick Murphys, the original lyrics to the song were actually written by folk protest writer Woody Guthrie. The band got the opportunity to go through some of his unfinished songs posthumously, and ‘Shipping Up to Boston’ was one of the pages that stuck out to them. In the haunting track, a sailor is making his way to Boston to try and find his leg he lost in an accident.

Another gritty, garage track, Modern Lovers’ ‘Roadrunner’ is an ode to the state of Massachusetts. Referencing one of Boston’s most popular roadways, Route 128, songwriter and band leader Jonathan Richman wrote the punk tune in the early ’70s. But it would take several years for the song to catch on. Once the punk new wave movement gained ground in the mid.-’70s, this became one of the band’s signature songs.

A reflective country song about a girl who trades in the cold winters of the Northeast for the warm waters of the Caribbean, singer Kenny Chesney has long loved performing across Massachusetts, including memorable live sets at the Patriots’ home field, Gillette Stadium. While the song ‘Boston’ at first seems like a simple story about a young girl relocating to explore the world, a hint of melancholy is in the lyrics when Chesney sings, “The girl she was in New England Is different now and dead.”

One of many controversial singles from the bad boys of The Rolling Stones, ‘Midnight Rambler’ is a character track featuring Mick Jagger taking on the role of a stalker. The song draws on the terrifying few years in Boston between ’62 and ’64, when a killer was on the loose and tragically took the lives of several women. The notoriety of the song was intensified when the band performed it on tour and Jagger used props, lighting, and other theatrics to act out the character.

This pensive singer-songwriter track by Dave Loggins is a lyrical exploration of the difficulties artists face with life on the road while trying to have a meaningful relationship. Whether the song’s protagonist is in Boston, Denver, or L.A., his lover wishes he’d return to her in Tennessee.

This folk classic by the Wolfe Tones contains hints of Celtic artistry with its age-old love story featuring a factory worker lamenting the distance between him and his true love. The song opens as summer is coming to an end and the protagonist is returning to reality. As he trudges away at his job, little things like their song playing on a “factory radio” remind him of his ‘Boston Rose.’

“He may ride forever, ‘neath the streets of Boston.” A tune chronicling the subway system operating throughout underground Boston, ‘M.T.A.’ has been around since the late ’40s and was named after Boston’s original subway system, the Metropolitan Transit Authority. The Kingston Trio covered it in 1959, and the lyrics tell the tale of “Poor old Charlie,” and his mythical penance of riding the subway forever, never to return home.

Based on one of poet E.E. Cumming’s most memorable poems, the Cambridge ladies who live in furnished souls, Vampire Weekend’s track ‘Ladies of Cambridge’ is similar in title to the poem but not in content. The main theme behind the Vampire Weekend track highlights the band’s escapades around Harvard near Boston trying to pick up college women.

“We were just another band out of Boston.” This high-energy track was never released as a single, but that didn’t stop radio stations from playing ‘Rock & Roll Band’ as well as several other songs from Boston’s first album. Though many thought the tune was autobiographical, inspiration from the story came from one of band member Tom Scholz’s fellow musician-friends who had a rough start trying to make it in the music business.

“We only lose when we play this game.” For several years, songwriter Alec Chambers forged a name on social media by releasing cover song videos. The young talent now has his own fair share of original releases ready for listeners. The singer has a knack for writing poignant lyrics centered around heartbreak. This ability is evident with ‘Boston,’ an introspective track focusing on the hardships that come with trying to get over a failed long-term relationship.

I Want My City Back – The Mighty Mighty Bosstones

Alternative punk rock band The Mighty Mighty Bosstones was formed in Boston, Massachusetts in the early ’80s. During their formative years, one of the go-to music venues to visit in Boston was The Rathskeller, a gritty, intimate venue known for welcoming misfit rockers. WIth their track ‘I Want My City Back,’ the band laments on the closing of the iconic establishment, and wishing they could go back to the heyday of the early Boston rock movement in the ’80s.

This traditional sing-a-long song is a longtime Boston favorite. Written for “Southie,” or the southern section of Boston predominantly populated with Irish immigrants, the lyrical number exudes Irish and Boston pride and is an ode to the historic location.

“…I know for a fact that I loved someone. And for about a year he lived in Boston.” Amid racing schedules and obligations, female punk rock group The Dresden Dolls reminisce on a short-lived but powerful romance. The protagonist has been everywhere (“All the cities in the world, and so very little time.”), but for a little while she knew what love was when she fell in love with a man in the bustling Massachusetts city.

From the late 1800s to the early 1900s, the jazz subgenre of Ragtime flourished. The syncopated, catchy rhythms of the genre were often accompanied by signature dance moves that caught on throughout music venues. ’70s rock/jazz fusion band Steely Dan penned ‘The Boston Rag,’ a moving story that finds a protagonist wishing he could get back to simpler days when “rag” music reigned supreme.

Boston staple The Charles River is once again referenced with ‘Normal Town.’ “South End” is also mentioned, a popular neigborhood. While the Better Than Ezra song is full of famous references to the Massachusetts city, the song’s lyrics deal with the passing of time and wishing to break free from a mundane life and live somewhere full of possibilities.