13 Best Songs About Bravery and Being Courageous 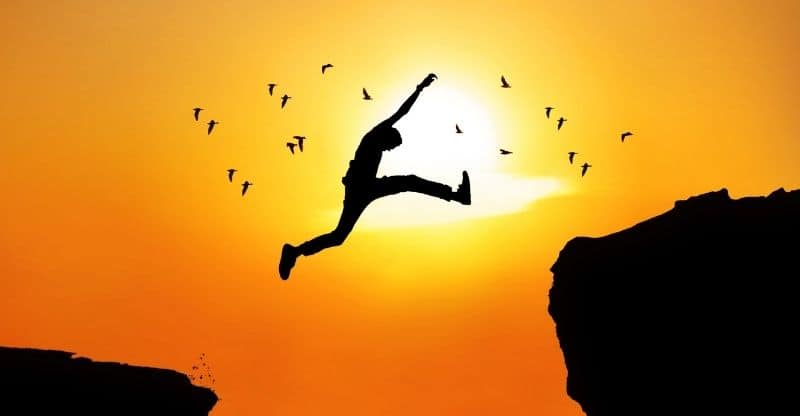 I’ll get straight to the point: we all have more ‘guts’ than we think.

Everyone and I mean everyone, feels a little anxious before they try something new. The difference is the brave go ahead and do it anyway, while other people let self-doubt get the better of them.

The good news is that music can help get you in the “I can do it” state of mind. So here’s our pick of the best songs about bravery to bring out the best version of you.

“You only get one shot, do not miss the chance to blow because opportunity comes once in a lifetime.”

Eminem’s ‘Lose Yourself’ is one of the most motivational songs in recent history. From his movie 8 Mile (a great movie in its own right), the song’s about grabbing the opportunity in front of you, even if your palms are sweaty, knees are weak, and arms are heavy.

So ‘lose yourself’ in this music and go get it, tiger 🙂

“How long can we look at each other, down the barrel of a gun?”

On October 25, 1985, a protest march for nuclear disarmament took place in London’s Hyde Park. This song was inspired by it. “It’s an anti-war song in a way,” Farnham said.

While the song hardly made a dent in the US, it topped the Australian charts for many weeks. The bagpipe solo was a bit of a first in a pop song, too!

‘The Diary Of Horace Wimp’ – ELO

“Don’t be afraid, just knock on the door.”

A song about being brave in love. The song is about a certain Horace Wimp who “never had a girl he could care for.” But, then, a voice from above intervenes and tells him, “this is your life, go out and find yourself a wife.”

The last verse ends with him getting married, “now here comes my wife, for the rest of my life,” he reports. Good one, Horace!

‘I Will Survive’ – Gloria Gaynor

“At first I was afraid, I was petrified.”

This female-empowerment track is about finding the courage to go on after a breakup. The narrator starts afraid, but thanks to a heavy dose of bravery, finds a way to move forward. We feature it on our songs about fighting playlist too.

‘Something Inside So Strong’ – Labi Siffre

“The higher you build your barriers, the taller I become.”

A documentary about apartheid in South Africa inspired this brilliant song of hope by Labi Siffre.

If you wanted one song to instill inner belief in you (or people around you), play them this. It affirms we have more in us than we know, and that message is vital.

“If you know what life is worth, you would look for yours on earth.”

Bob Marley was more than just a reggae musician. He was a defender of human rights and fought against injustice and corruption. To many, he was a total hero.

Here, he tells his audience to stop believing in organized religion (“great God will come from the sky, take away everything, and make everybody feel high”) and start living this life on Earth.

“May you always be courageous, stand upright, and be strong.”

Here’s an inspirational coming of age song by singer-songwriter Bob Dylan. It’s one of Dylan’s best songs and arguably one of the best songs in the modern era (quite a statement, but just listen to it).

It’s like a modern-day Rudyard Kipling’s If, making it a superb song for children too. In fact, here’s a picture book that uses the words of the song. It’s a must for any kids bookshelf 🙂

The Roots are one of the best and most respected bands in hip hop. Their songs are often pretty deep (one of the reasons that makes them so good). This one is no exception.

It’s about the fire that burns inside you. We all have it, but many of us put it out when we ‘grow up.’ If you like this, check out their brilliant ‘Break You Off,’ a song about cheating.

“This is my fight song, take back my life song, prove I’m alright song.”

Becoming a successful recording artist is no mean feat. You need a crazy amount of self-belief and courage to do it (most people have jobs, right).

According to Platten, this empowerment anthem was the result of twelve years of hard graft. She asked herself, “am I going to keep going, or am I going to give up on myself?” she explains in an interview.

She made the right call. She kept going, and this motivational song was her breakthrough hit.

This song from the hit movie The Greatest Showman is about dreaming of a better future. But this isn’t some impossible figment of the imagination. It’s about making the dream a reality. As motivating pop ballads go, this one is right up there.

For more on dreams, check out our songs about dreams playlist.

“Don’t stop believin’, hold on to the feelin’.”

Have you heard about positive thinking? Having a ‘positive mental attitude’? Well, let me share a secret with you. It’s real.

If you believe you can do it, you have a much greater chance of achieving it than if you don’t believe it.

The great thinker Zig Ziglar once said, “Your attitude, not your aptitude, will determine your altitude.” It all starts with thinking differently, as Steve Jobs used to say.

‘We Are The Champions’ – Queen

“I’ve had my share of sand kicked in my face, but I’ve come through.”

This wonderful anthem is a song about winning, but underneath it’s a much humbler song.

It’s a song about persevering through the tough times and being brave, even when the sand is kicked in your face.

“How you ever gonna know if you never even try?”

The message of this brilliant track is opportunity is abundant, and it’s right there in front of you. You can “beat the clock,” “be a master,” “dedicate yourself, and you can find yourself.”

You can be the greatest, but you need to take the first step.

More songs about being brave