19 Best Songs about Brothers and Brotherhood 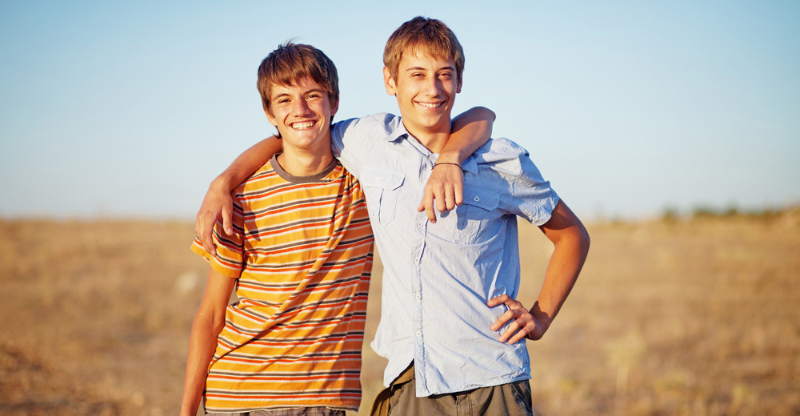 From protest songs to autobiographical tunes offering personal glimpses into artists’ lives, this playlist features a wide range of brother songs from iconic musicians like David Bowie to lesser-known but highly impactful musicians like Avicii. Highlighting songs like pop legend Hootie and The Blowfish’s ‘Little Brother,’ here is a moving playlist of songs about brothers.

An emotional song about friendship with epic production to back it up, indie band Kodaline convey the devotion of two close friends in their track ‘Brother.’ Layered vocals, electronic melodies, and dynamic instrumentation leave the listener experiencing a wealth of emotions throughout the tune. The lyrics featuring the hook “I’ve got you, brother” are deeply philosophical.

He Ain’t Heavy, He’s My Brother – The Hollies

The title for this song stems from an old saying adopted by the non-profit Boys Town, which helps at-risk youth. The saying comes from an old drawing of a boy carrying a younger boy on his back with a quote underneath reading, “He ain’t heavy, he’s my brother.” This marked the second single for The Hollies after Graham Nash had left the band to form a new group, Crosby, Stills, and Nash.

From his 2013 bluegrass-tinged album True, this song was inspired by the hit film O’ Brother, Where Art Thou. Featuring the vocalist from the fictional band Soggy Bottom Boys, which played a key musical role in the film, Dan Tyminski sang on this track. He also helped write it with Avicii during the album creation process.

Hip hop trio De La Soul released this track in 1991 due to frustration with the drug epidemic in the US. Group Member Posdnuos took an autobiographical approach to it and rapped about his older brother’s struggle with addiction. The rapper had a wide array of pent-up emotions about how the addiction affected his family. Despite thinking the topic was too personal, he released it anyway, hoping it could help others.

Like many war songs released in the early 70s, Marvin Gaye’s ‘What’s Happening Brother’ tackles the complex subject of war and the battles soldiers often face after returning home and trying to readjust to civilian life. The song was written with Gaye’s brother in mind, who had spent several years serving in the Vietnam War.

Related: Listen to other classic songs of war.

‘Brother Mine’ was the first song Suzanne Vega ever wrote. It took her three years to finish it. She completed the composition at the ripe old age of 14. She has previously referred to the tune as a “fake country song.” Growing up, she had a country music phase and wrote the tune when she lived in Manhattan.

Pop-rock singer/songwriter Gavin DeGraw sat in for vocals on this track, though his vocals didn’t make the cut for the album version of this song. ‘Brother’ represents a critical moment for NEEDTOBREATHE as a band. Tired of the in-fighting and unhealthy competition that often plagues bands’ artistic endeavors, this song came about after the members sat down together and took ownership of their roles in the discord taking place within the group.

Brothers on a Hotel Bed – Death Cab for Cutie

Eloquently communicating the duality that comes with aging, ‘Brothers on a Hotel Bed’ finds two different sides of the same person at odds with each other. The man on the inside is youthful, young, and full of life. But the man on the outside marked with wrinkles doesn’t properly convey his inner vitality.

Drawing on metaphors involving football, ‘Little Brother’ features a protagonist attempting to impart wisdom to a younger brother who isn’t listening. He has a lot going for him, but his priorities aren’t straight when it comes to family responsibility. The song reminds him that “a ship can’t sail without water.” Even though his skills give him riches and fame, the song’s lesson conveys family should always remain a top priority.

Related: See our playlist of various songs about family.

This song is about two misunderstood brothers, and has been speculated that this tune is a fictional account of David Bowie’s relationship with his older brother, who had schizophrenia. Bowie was close to his older brother Terry who was the first one to introduce him to Jazz. Bowie fell in love with the saxophone, and his mother bought him one in 1959.

Bernie Taupin, Elton John’s longtime songwriting partner, penned this heartfelt tune about a boy who discovers he has a new little brother in the house for the first time. The lyrics take the listener on the young boy’s journey, full of wonder at what his relationship will be with his new family member. While perfecting the song’s production, John made sure to use a delicate touch in keeping with the youthful protagonist’s point of view.

The live version of this track came first in 1971, followed by a studio-recorded version in ’73. After its release, it reached high spots on both US and UK charts and was included in Billboard’s top 100 singles list of ’74. Several artists have gone on to cover the tune, and it was featured in an episode of the TV show The Wire.

Neil Diamond performed this 1969 release on The Johnny Cash Show, where he mentioned the tune’s humble beginnings after attending a tent revival in Mississippi. While on a flight, he took time to construct the lyrics to give it a soulful feel. He felt it was important to point out his apprehension about the event before attending. However, the spirit caught him. By the end of the sermon, he was rooting for the pastor to ease the burdens of attendees.

‘My Little Brother’ is featured on their debut album Bang, Bang. Having “just discovered rock ‘n roll,” this tune by indie-rock band Art Brut centers around the protagonist’s relationship with his little brother and his wild ways. In interviews, Band Member Eddie Argos mentioned that the song had a divisive effect on his family.

Biographical in nature, this song chronicles the small-town way country singer Luke Bryan grew up. Centered around a story about a possible upcoming fictional duel, Bryant sings about his and his friends’ “three musketeers” mentality and the trouble they got into. ‘Blood Brothers’ is a lesser-known track on Bryant’s highly acclaimed 2013 album, Crash My Party.

‘Brothers and Sisters’ is a call-to-action song telling members of society to live life and “unite.” This early Coldplay tune was released on their debut album in 1999. Still signed to small independent recording label Fierce Panda, the band fronted the money for the recording and got creative with the process. Some of the songs on the album were recorded with a studio mic placed outside.

This funk-rock tune tackled the sensitive issue of interracial relationships when it was released in the 70s. It was a huge hit in the UK, chronicling the story of a romance between a white man and a black woman and the subsequent societal and familial issues they face due to their love.

This track was released in the early 1970s and offers a message of hope and comfort. Though the song references “brother” often, due to the open-ended quality of the lyrics, listeners could interpret the song to be about brothers of society as well, not just familial connections. The Isley Brothers were known for their distinct rhythm-and-blues sound and smooth harmonies.

‘Unknown Brother’ tackles a difficult subject. Black Keys songwriter and frontman Dan Auerback sings about his wife’s brother he never met, who passed away from cancer when he was still just in high school. The Black Keys’ drummer Patrick Carney is married to fellow musician and singer-songwriter Michelle Branch. The duo’s minimalist blues approach gained significant popularity with their 2010 album, Brothers.