27 Great Songs About Butterflies That Nature Lovers Will Love 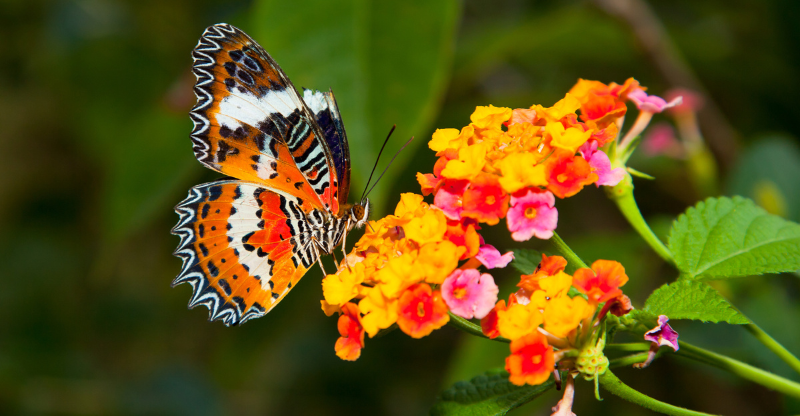 Almost everyone can agree that butterflies are lovely and fascinating creatures. They inspire us with their natural beauty, graceful nature, and unique life cycle.

If you want to celebrate butterflies through music, the following songs about butterflies should help.

Dolly Parton’s childhood memories of chasing butterflies inspired this song. The lyrics compare the fluttering of butterflies to the nervous and excited jitters of falling in love. This was the third of four consecutive chart-topping country singles for Parton at the height of her singing career.

Related: Look back at these songs about remembering.

This song became Crazy Town’s third hit. This song was written to be softer and more romantic than the band’s other songs, as lead singer Shifty Shellshock wrote it about a romantic interest to gain her trust.

While this could be about a real butterfly, it seems to be about Willie Nelson singing to a love interest of some kind that is prone to running away and living a constantly changing life. He has tried to understand her but can’t seem to.

Travis Scott sings of his lavish lifestyle in this song. He likens it to the Butterfly Effect theory in that small events have led to significant changes in his life. He also sings about how fame has changed his life. Former US President Barack Obama named ‘Butterfly Effect’ among his favorite songs to come out in 2017.

Related: Check out these songs about changing yourself.

‘Butterflies’ tells the real-life story of how Kacey Musgraves met and fell in love with her husband, Ruston Kelly. Her feelings developed quickly after meeting Kelly: “out of the blue, I fell for you.” The song won the 2019 Grammy Award for Best Country Solo Performance, while the album it appeared on took home the Album of the Year and Best Country Album awards.

A new guy who has Hailee Steinfeld feeling new and powerful emotions gives her more than butterflies in this track. Steinfeld collaborated with Grey and Zedd to create this hit track. Asia Whiteacre wrote this track with the duo Noise Club; it was the first partnership between the three writers.

Billy Corgan wrote this song, telling of rock stardom’s dark side. The lyrics are so dramatic that Corgan considers them to be somewhat humorous. This became The Smashing Pumpkins’ second-largest hit in the United States, winning a Grammy Award for Best Hard Rock Performance. The song’s music video marked one of the last times that Corgan was seen without a shaved head.

Queen Naija based this song on the melody of her song ‘Butterflies, Pt.1.’ The lyrics continue the romantic love story from the first song and show that some relationships get better or stay as good as they started, even if a lot of time has passed.

The Crow & the Butterfly – Shinedown

Here’s an emotional ballad about coping with a child’s death. Shinedown frontman Brent Smith had a dream about a mother whose son died, which inspired the track’s subject matter. This was released as the fifth single from the group’s third album.

Related: If you’re grieving, here are some songs about losing someone you loved.

This track finds Piper Rockelle falling in love with someone sweet without expecting to: “wish my heart gave me a warning.” She says in the lyrics that this guy gives her butterflies in a good way. She sings that she has been waiting for a relationship like this one.

Related: Did you fall for someone? Check out these songs for new love.

This appears on Zendaya’s first self-titled album. It finds the singer asking her heart not to fool her into thinking a bad relationship is good for her, as her current partner keeps hurting her as past ones have. She has strong feelings for this specific guy but wants to start thinking with her head rather than her emotions.

Related: Listen to our list of the best songs about being let down.

‘Butterfly Kisses’ is a Contemporary Christian track that Bob Carlisle wrote for his daughter around her 16th birthday. The lyrics find Carlisle reflecting on his daughter’s younger years and how she has grown and ends with her wedding.

Related: This song features on our list of songs about first kisses.

Camila Cabello finds herself in a happy relationship on this track. However, she can’t get a different guy out of her head. The song seems to refer to her relationships with Matthew Hussey and Shawn Mendes. Cabello has said that she never listened to the song after recording it, as it brings her back to a nervous period of her life.

Billy Ray Cyrus and his daughter Miley teamed up for this song on the Hannah Montana: The Movie soundtrack from 2009. The song is one of the more emotional highlights in the film; it was also included on Billy Ray Cyrus’ album Back to Tennessee in 2009.

This is known as one of the most memorable tracks from the Dance Dance Revolution video game series due to its catchy sound and ease of dancing to it, attracting many new players to the games. While the band sings with Japanese accents and is marketed in Hong Kong and Japan, sMiLE.dk is a Danish band. The lyrics find a woman looking for her warrior man in Japan.

Here’s an interesting track in that it was written with help from Gabbie Hanna’s Instagram audience. In the lyrics, Hanna warns her future self not to be too trusting or to give in to her heart when it comes to love interests who can hurt her.

Related: You’ll love these songs about trusting someone.

This song is about Mariah Carey herself. It talks about her split from her former husband, Tommy Mottola; it is a song she wished he would sing to her and also finds her coming to terms with the fact that they would no longer be together. This was not released as a single in the United States but was in the United Kingdom.

Here is one of A-ha’s 21st Century releases from 2010. The lyrics use butterfly imagery to talk about two people being separated, possibly in a romantic sense. They are having their “last hurrah,” as the song says. The lyrics also talk about overthinking and the meaning behind things said.

Related: Thinking too much? Here are some thinking of you songs.

Marsha Ambrosius wrote this song while still in school; Michael Jackson decided to record it after hearing it. The lyrics are about the nervous and excited feelings one can experience when interested in someone romantically, particularly when that person is nearby.

Related: Build up the courage for these songs to sing to your crush.

This is a romantic duet between Ali Gatie and Max Schneider. It finds the two continually falling for each other after being in a relationship for a while. It reminds listeners that there can be magic and romance in a relationship even after the people involved get used to each other.

Kehlani collaborated with students and teachers from her alma mater, Oakland School for the Arts, to make this piece. The track explores a relationship that is starting to develop. The two parties involved are learning to open up to one another. The accompanying music video plays into the song’s butterfly imagery.

Alicia Keys sings of a wonderful lover she believes to be her destiny in this piece. Keys wrote, produced, and arranged this piece, which was released in June 2001 on her album Songs in A Minor.

Related: Is it written in the stars? Find out with these popular songs about destiny.

Here we have a song that explores life’s transitions from an African-American female perspective. The R&B hit encourages listeners to stay strong through changes while remembering their pasts and ancestors that led them to where they are today. The track hit Number 22 on the US Billboard R&B Singles Chart in 1984.

Still Into You – Paramore

There are times when romantic love truly can stand the test of time. Hayley Williams’ relationship with boyfriend Chad Gilbert is one such relationship in this song, where Williams opens up to listeners about the coupling. ‘Still Into You’ was the second single from Paramore’s self-titled album. It marked a new sound for Paramore with its heavy use of synthesizers.

While there are many abstract, metaphorical lyrics here, it seems that Josh Garrels is mainly singing about the mysteries of the natural world and the inevitable changes that come with time. The natural changes in life cycles are also addressed.

Bob Lind is like a butterfly catcher in this song. What does that mean? Well, according to Lind, it means that it is as hard to find a worthwhile romance as to catch butterflies. Val Doonican’s cover was released at the same time as Lind’s original; both charted at Number Five in the UK, preventing the original from topping the charts.

Here is the second track on Martina McBride’s album Martina. McBride sings about a woman who one day realized her own power and independence. Since then, she has been living her own exciting, colorful life without listening to others’ plans for her. McBride hopes that God will prevent her from hurting or having her spirit dampened by the world.