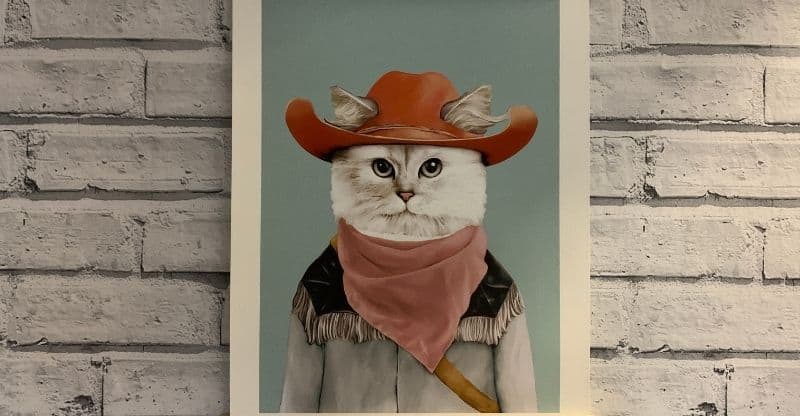 Are you a cat person? If so, you’re going to love this article.

Here, we celebrate the wonder of the four-legged feline. Cats are way more independent than dogs, and most (or at least the ones with good temperaments) are the purrrfect friend and companion!

So without further ado, here are our top picks of songs about cats (or songs that mention something catty in the title). Of course, not every song is literally about cats – back in the day (especially the ’60s), you were called a ‘cat’ if you were hip, so many of these songs are actually about people.

There comes a period of everyone’s life when they dream of living a more exciting one. The song ‘Cool For Cats’ deals with the same theme. The singer tells stories to his friends in a local pub on this track. It’s about a young male who dreams of living a more fulfilling life.

The Love Cats – The Cure

Written while the singer was on LSD and filmed while the band was drunk, this song is definitely one of the most interesting ones on the list. Although a funky song that makes you want to dance, some interpretations claim the tune is about a suicide pact between lovers.

In this 1966 hit, The Lovin’ Spoonful celebrates the wonderful musicians who worked and lived in Nashville. There aren’t a lot of songs about record companies, right? This song, however, celebrates Sun Records, the company best known for its work with Elvis Presley, Johnny Cash, Jerry Lee Lewis, and more.

Not the deepest lyrics on our playlist, but definitely one of the catchiest ones. That counts for something. 🙂 This 1965 tune is about a sexual relationship between a man and a woman. The singer was not a huge fan of the track, but it was a huge hit at the time.

It’s not often that we include instrumentals on our playlists, but how could we exclude the one that has actual cat meows in it? Mr. Meowington, deadmau5’s furry best friend, inspired many of his songs, including this one. So take note, pet owners and cat lovers.

Get ready for some funk! One of the most famous house and dance groups, Deee-Lite, has a real treat for you. ‘Pussycat Meow’ will make you feel like you’re in a different dimension. Cool bass lines, some nice purrs from Lady Miss Kier, and you’ve got yourself a retro hit.

Cat’s in the Cradle – Harry Chapin

There comes a time when you realize absolutely nothing should come between you and your family. The song is a heartbreaking story about a father who never allows himself to spend some quality time with his son. Let it be a warning that you should never put your career before family.

Every real fan of ‘Friends’ knows the lyrics of ‘Smelly Cat’ by heart. At any part of the day. No matter what they’re doing. The song became the signature song of the character of Pheobe Buffay. Many of us still wonder, dear Smelly Cat, what are they feeding you…

Everybody Wants To Be A Cat – The Aristocats

Used in ‘The Aristocats’, ‘everybody wants to be a cat’ is a play on words relating to the term used back in the ’60s. At that period, Jazz was taking over the world, and so did its culture and slang. The term ‘cat’ was used for someone who was cool, popular, and really ‘hip’ (trendy).

Leave My Kitten Alone – The Beatles

Everyone who lived through Beatlemania knows how hectic it was, and ‘Leave My Kitten Alone’ was that one song that sent audiences into a frenzy. Originally written by Johnny Preston, the Beatles covered the song and added their own rocky twist to it. The song is a perfect example of just how powerful Lennon’s vocals were.

Composed by Andrew Lloyd Webber, the musical ‘Cats’ tells a story of domestic cats on the night of Jellicle Ball. As the title suggests, ‘Invitation to the Jellicle Ball’ is a short musical song that welcomes the Jellicles to the Ball, and it seemed like a fun addition to our playlist.

I Taut I Taw A Puddy Tat – Mel Blanc

Tweety and Sylvester, two characters that many of us grew up with. ‘I Tawt I Taw A Puddy Tat’ was inspired by Tweety’s signature lines. This 1950s tune was based on the Looney Tunes animated shorts. The song features our favorite characters in a familiar situation – the chasing game.

A bit of a sensual tune for our next song – ‘Cat On Tin Roof’ is sure to make you feel good and a little bit hazy. The lyrics might seem a bit hard to understand in some parts, but the singer’s high-pitched vocals almost sound like a cat. Definitely a well-deserved place on our list!

A song about spirituality and the mystical potential we have, explained using a metaphor of a lazy fat cat? That’s ‘Phenomenal Cat’ for you. The Kinks use the idea of a fat furry friend to inspire you to look into your soul. Healing is a magical experience and definitely one that will help you know yourself.

If you own a cat for a pet, you’re probably familiar with your feline friend pawing into your chest early in the morning asking for breakfast. Costello sings of a flirty woman and her link with a drunkard. He uses the idea of a cat pawing and clawing to describe a relationship gone sour.

One song on our list that has no metaphors or allegory. The band sings about alley cats. Yep, as simple as that. A little homage to the band’s name and a way to show respect for alley cats – ‘Stray Cat Strut’ describes strays who get their meals wherever they can and fight with other kittens on the street.

‘Lady and the Tramp,’ a sweet romance Disney film, featuring a female Cocker Spaniel, Lady, and a male stray mutt, Tramp. Today, it’s considered one of Disney’s classics. The track is featured as a part of the movie’s soundtrack, sung by two Siamese cats. It’s a villain song performed when Lady first meets them.

Written in 1962 by Bent Fabric, ‘The Alley Cat Song’ can be seen as the singer’s wish that his mother was alive to see him sing. The lyrics refer to the heartbreaking feeling of realizing someone you love is gone forever. The pain of missing them inspired many songs, including this one.

A quick history lesson – Julius Caesar, the Roman military general, had an affair and a son with the Egyptian Ruler, Cleopatra VII. The song tells the story of Julius Caesar, Cleopatra VII, Brutus…the whole gang, basically. And Cleopatra’s cat. It’s definitely a fun way to learn about this part of history.

Definitely a club favorite back in the 70s. In this song, ‘honky’ is a term used for someone who was born and raised in the countryside. Elton wrote this song about his lyricist who used to live in a small village, and who got a lot more support from the townspeople than his own.

Look What the Cat Dragged In – Poison

‘Look What the Cat Dragged in,’ a debut studio album by Poison, made its way to the top of the charts back in 1987. The song of the same name was the title track of the album. Although it was never released as a single, the tune was still a fan favorite.