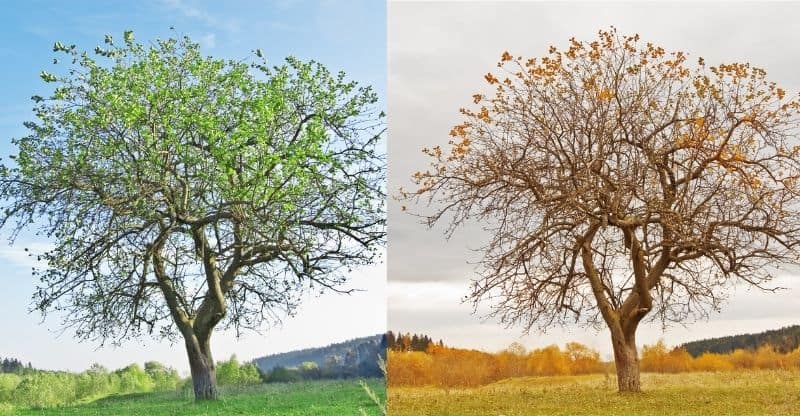 “The only constant in life is change” said Greek Philosopher Heraclitus over 2000 years ago.

He had a point.

Life and society are in a state of constant flux, whether we like it or not.

So it’s no surprise then that there are many songs about change.

Exactly what type of change? It could be about getting older, personal growth, social change, a break-up.

“The Times They Are-a-Changin” by Bob Dylan

If there’s one undisputed song about change, it has to be the classic The Times They Are-a-Changin by Bob Dylan.

The writing of this folk anthem for change was inspired by the civil rights movement of the ’60s, but it’s about any positive social change.

The song suggests rapid change is happening right now, and you’d “better start swimmin’, or you’ll sink like a stone”. Quite a powerful message!

The night after President John F. Kennedy was assassinated in Dallas, Dylan opened up his concert with this song.

We know the late, great David Bowie as a superstar with his various incarnations (e.g. Ziggy Stardust, The Thin White Duke).

Rewind back to the ’60s, and Bowie was a struggling artist who was better known for his novelty songs such as the Laughing Gnome more than anything else.

But success needs its fair share of failures, and Bowie kept going despite all the fluffed attempts at finding his groove. His classic 1971 album Hunky Dory was his breakthrough, with the first track ‘Changes’ the opener.

The song is deeply autobiographical and gives us a glimpse into how desperate things had become.

“A million dead-end streets and, every time I thought I’d got it made, it seemed the taste was not so sweet”

It’s quite reassuring to know even Bowie had a hard time catching a break.

Another central theme of the song is about societal roles changing (much like in Dylan’s track above where he sings “your sons and your daughters are beyond your control), Bowie sings “and these children that you spit on as they try to change their worlds, are immune to your consultations, they’re quite aware of what they’re goin’ through”.

Lennon’s landmark post-Beatles song Imagine might not instantly spring to mind when you think songs about change, but when you read the lyrics, it totally is.

It’s a call to action to live a different, better life.

“Imagine no possessions, it’s easy if you try”.

The words were inspired by Yoko Ono’s 1964 book Grapefruit, where you find surrealist concepts such as “imagine the clouds dripping, dig a hole in your garden to put them in” (incidentally, the same is written on the back of the Imagine album cover).

Lennon said of the song its “anti-religious, anti-nationalistic, anti-conventional, anti-capitalistic… but because it is sugar-coated, it is accepted.”

Much of Bob Marley’s phenomenal body of work was about overcoming oppression. None more so than his beautiful Redemption Song.

The last single before his untimely death in 1981, it’s one of the best freedom songs ever written with a clear message: “emancipate yourselves from mental slavery, no one but ourselves can free our minds.”

“Man in the Mirror” by Michael Jackson

A socially conscious pop song from the king of pop, Michael Jackson. It’s a cleverly written song about the suffering and the cruelty of the world, but it goes deeper than that.

The song reminds us the only way you can create a better world is to change yourself first.

In the opening verse, it depicts the rich person “As I turn up the collar on my favorite winter coat”.

The same person then sees “the kids in the streets, with not enough to eat, who am I to be blind?, pretending not to see their needs”.

“What’s Going On” by Marvin Gaye

When Marvin Gaye turned political in the ’70s, it was quite a turning point.

With the album What’s Going On, and especially the title track, he took it upon himself to challenge the establishment.

While people were glued to the moon landings, Gaye questioned the validity of spending public money to send man to the moon.

The song’s lyrics were pretty explosive for a soul singer.

“Mindless moonshots, spend it on, the have nots”

He took on the taxman…

He took on war…

and law and order…

His solution is to embrace love “we’ve got to find some loving here today”.

“All Things Must Pass” by George Harrison

All Things Must Pass is another great song about change (and indeed one of the best songs about life), where you see George’s Buddhist teachings shine through.

He reflects that life is fleeting (“sunrise doesn’t last all morning, a cloudburst doesn’t last all day”) and that nothing lasts forever (“none of life’s strings can last, so I must be on my way and face another day”.)

It was written about the death of his mother (which is documented in his biography Dark Horse) but there are also references to relationships going wrong, “Seems my love is up and has left you with no warning, but it’s not always going to be this grey.” It’s hard not to read the end of The Beatles into too.

It’s a humbling song that may seem a tad melancholic. But that all depends on how you interpret it. You could see it as a call to action to start living your best life now.

“Change the World” by Eric Clapton

A close friend and peer of Harrison, Eric Clapton has a great song about change too.

Clapton had a really difficult with his mother, who basically disowned him and treated him terribly when they met. It’s amazing then that he went on to become the legend he is today.

It’s a love song, but really the world he’s talking about is his world. It seems he can’t find the love for her.

But alas, it’s all out of reach…

“I would be the sunlight in your universe, You would think my love was really something good, Baby, if I could change the world”

It’s sad. But one assumes the life of a veteran touring musician makes it hard for him to fall in love.

“Waiting On The World To Change” by John Mayer

John Mayer’s brilliant Waiting On The World To Change is a modern-day protest song about disenfranchised young people and the lack of trust they have in the establishment.

“Me and all my friends, we’re all misunderstood, they say we stand for nothing and, there’s no way we ever could”

“Now if we had the power, to bring our neighbors home from war, they would have never missed a Christmas”

He has a pop at the media:

“And when you trust your television, what you get is what you got, cause when they own the information, oh they can bend it all they want”

But he laments that positive change is frustrating, and how it’s hard to beat the system. The good news is “one day our generation is gonna rule the population”, but for now, they just need to wait for the world to change.

A song that’s more recently been covered by the Dixie Chicks, Landslide is a Fleetwood Mac song written by vocalist Stevie Nicks.

At the time of writing, Nicks and her partner Lindsay Buckingham had just been dropped by Polydor Records. She wrote the song in a friend’s Colorado home as she looked out across the snow-covered mountains. She’s recorded to have said, “my life truly felt like a landslide in many ways”.

The song tells a story about how messy life can get, and when you question if you can handle it “Can I handle the seasons of my life?”

It’s also the end of the tumultuous relationship she had with Buckingham which is in its final act “But time makes you bolder, even children get older, and I’m getting older, too”

Here’s the cover by the Dixie Chicks because it’s so darn good!

“A Change (Would Do You Good)” by Sheryl Crow

One of the most popular songs about change, A Change (Would Do You Good) juxtaposes a mix of images to highlight the changes needed in their lives.

The first verse is about producer Bill Bottrell, who walked out of the session prior to recording.

The second verse is reported to be about Madonna “Canine, feline, Jekyll and Hyde, wear your fake fur on the inside”

The final verse about herself “Hello it’s me, I’m not at home, if you’d like to reach me, leave me alone”

“A Change Is Gonna Come” by Sam Cooke

The result was A Change is Gonna Come, which became an anthem for the American Civil Rights Movement.

“I go to the movie, and I go downtown, somebody keep telling me, don’t hang around”

It was later covered by Otis Redding, but many favor this Sam Cooke version.

One of the most underrated bands of recent years, Keane electro-pop is in fine fettle here with Everybody’s Changing.

There’s a weariness in the lyrics, “trying to make a move just to stay in the game, I try to stay awake and remember my name, everybody’s changing, and I don’t feel the same”

“Everything Has Changed” by Taylor Swift ft. Ed Sheeran

Pop star Taylor Swift allegedly wrote this duet with Ed Sheeran while sitting on a trampoline (for some portions of the song, they were bouncing around!)…however strange that sounds, it worked, because they ended up with a pretty good song.

It’s a song about the change that happens within you when you meet ‘that certain someone’ for the first time. All of a sudden your entire perspective on the world changes.

It’s a song about meeting someone new and wanting to know that person better.

You only just met this person “18 hours ago” and suddenly everything has changed.

Some say Michael Franti is the closest thing we have to a modern-day Bob Marley.

I don’t entirely disagree. His music is quite a bit different from the Upsetter, but his fervent determination to sing about positive social change is very Marley-esque.

The multi-talented Franti is a musician, poet, documentarian and social justice activist all rolled into one. His music is a brilliant mix of hip hop, funk, rock, reggae, and jazz.

He urges us to come together and make it better “one love, one blood, one heart, one soul, and one drum and only one rhythm.”

“Break Away” by The Beach Boys

“One Way Ticket” by Carrie Underwood

“Since U Been Gone” by Kelly Clarkson

“With My Own Two Hands” by Ben Harper

“One Man Can Change the World” by Big Sean