14 Best Songs About Children and Little Ones 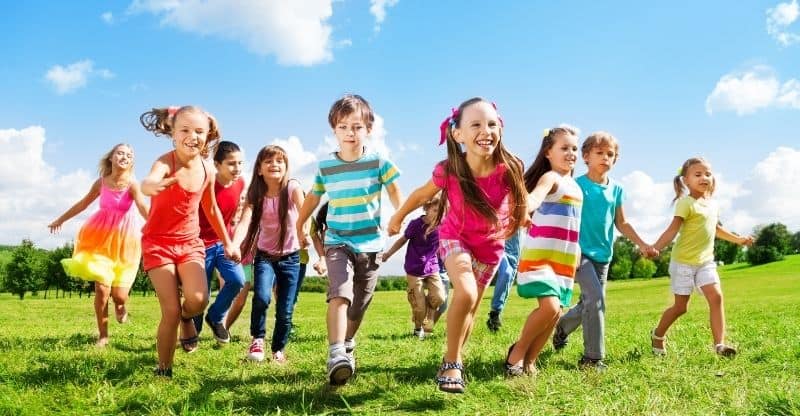 Children are the future. What we teach them and how we behave around them will have a direct bearing on the adults they’ll become.

Kids also crop up in many songs and are a constant source of awe and wonder for many songwriters. These little people surprise, delight, and, well, frustrate the heck out of us (especially when it’s time for bed)!

So, here are some of the best songs about children ever written.

This touching country song written by Radney Foster was written for his son, who’d recently moved away with his mom. He wrote it so that his son would know how much he loved him, despite being 5,000 miles away in France.

It’s a beautifully written song that has touched many parents’ hearts with its poignant lyrics.

Paul McCartney wrote ‘Hey Jude’ to comfort Lennon’s 5-year-old son, Julian (known as ‘Jules’), who he felt sorry for (Lennon had recently taken up with Yoko and was in the process of divorcing Cynthia Lennon, Julian’s mum).

It’s a sweet song to reassure a young kid that everything’s going to be ok (“don’t make it bad”). Sadly, Julian never had a very good relationship with his dad – he’s on record saying he had a better relationship with Paul than he did John.

This song is also a popular karaoke choice, with the outro (the “na, na, na, na-na-na na” bit) great for spontaneous sing-alongs.

It reads like a modern-day If (the poem by Rudyard Kipling):

Here’s one of the best versions, played live with The Band for the concert movie The Last Waltz (directed by Martin Scorsese). His delivery is simply magical.

If you have kids in your family, you’ll know one of the trickiest bits is getting them to bed on time. They simply never want to go to bed when you want them to!

Here’s a great song by Talking Heads on the subject – but in typical irreverent David Byrne style, it’s about waking the kid up so he can play with them!

“There he is. Fast asleep. He’s just. A little plaything. Why not. Wake him up?”

By all accounts, Neil Young is a real softy. He’s undoubtedly written his fair share of sentimental songs with or about kids.

This one is about his daughter Amber Jean with the “prettiest eyes I’ve ever seen.”

There are plenty more songs from NY on the subject. Check out ‘I am a Child’ (scroll down) and ‘Here For You,’ another sweet song about his unconditional love for his kids.

Here’s another gem from the marvelous Kate Bush. It’s a gorgeous love song from a mother to her son, Bertie. He has “the most truly fantastic smile, I’ve ever seen,” she sings.

This song appears on her superb album, Aerial. Definitely check that out if you don’t know it.

It was written by Graham Nash, who had a challenging relationship with his Dad, who was in and out of prison.

For those Deadheads out there, it’s no other than Jerry Garcia playing pedal steel guitar here, who did it in exchange for some harmony lessons.

Nash also wrote ‘Our House’ (also from the album Deja Vu), a sweet song about home.

In this classic song about kids growing up, we hear Brian Wilson and Mike Love pondering, “will I look back and say that I wish I hadn’t done what I did?”

Here’s a song John Lennon wrote about his son Sean, who he had with Yoko Ono. Lennon withdrew from the music industry for long periods in the ’70s and spent much of that time looking after his second son.

Was he making up for not being there for Julian (see ‘Hey Jude’)?

Here’s a classic bit of Billie Holiday. After a struggle to get the money her mother owed her, Holiday allegedly uttered the words, “God bless the child that got his own.”

This utterance of exasperation ended up as the inspiration for this song, so it wasn’t so bad after all!

The second verse is reminiscent of the old blues number, ‘Nobody Knows You When You’re Down and Out’ that enjoyed a resurgence when Eric Clapton recorded a version for his Unplugged album.

In this tender song, Neil Young sings from a child’s point of view, talking about his dad.

He captures the innocence of childhood (“you can’t conceive of the pleasure in my smile”) and the delight of having his dad by his side (“you hold my hand, buff up my hair, it’s lots of fun to have you there”).

Neil Young had a tricky relationship with his dad, a distinguished Canadian sports writer, which is interesting when you consider this song. His other song ‘Daddy Went Walkin” (from his under-rated ’90s album, Silver and Gold), also deals with the subject.

‘Isn’t She Lovely’ is Stevie Wonder’s tribute to his newborn daughter, Aisha (her name appears in the song when he sings “life is Aisha”). It captures the wonder and awe you feel when you see your newborn for the first time.

It’s complete and utter devotion the moment you see them. “Isn’t she precious, less than one minute old,” Wonder sings about his baby girl.

For more Wonder songs about young children, check out ‘For Once in My Life’ (featured on our songs about life playlist).

The bond between fathers and daughters is particularly strong (notice how many on this list are about a father’s love for his little girl.)

This time, it’s Paul Simon’s turn to sing about his love for his daughter Lulu. The master songwriter doesn’t disappoint and gives us one of the best songs written about parents and their little girls.

‘Child Of Mine’ – Carole King

Here, Carole King sings about the life lessons she learned from her child, “you’re the one who taught me, you don’t have to look behind,” she sings.

Children grow up; that’s all part of it. So here, she sings, “you don’t need directions, you know which way to go, and I don’t want to hold you back, I just want to watch you grow.”