Go ‘Round and ‘Round with These 24 Songs about Circles 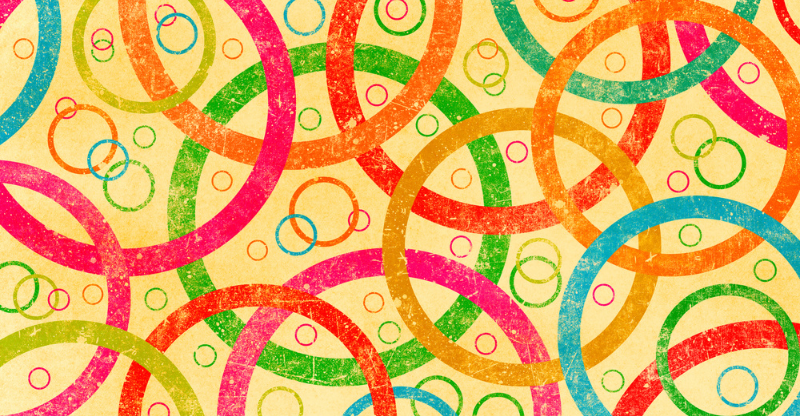 Circles play an important part in human life—our sun, our moon, and the planet we live on are all circular.

Circles also serve as metaphors for many facets of life—ever heard of the circle of life? It’s no wonder that musicians use these shapes to convey a range of messages in their songs!

Here are some of the best songs about circles for you to explore.

This song talks about heartbreak. It finds Post Malone trying to maintain a relationship and struggling to do so. The song is more instrumentally focused than many of Malone’s tracks. Like other songs from its album, ‘Circles’ was leaked before its official release.

Related: Feeling down? Here are some songs to listen to when you’re heartbroken.

Here’s the song that any Disney lover will know and love from the celebrated animated film The Lion King. The song opens in Zulu and moves into English as it talks about the natural cycles in nature. Elton John’s pop version is also included on the soundtrack album and was released as a single for the film.

Related: Listen to more songs from The Lion King.

Going in Circles – The Friends of Distinction

The protagonist in this track can’t find a straight line to get through life with. Life just keeps moving in circles with no stopping point. It seems that someone else has made life chaotic in this way for our narrator.

Will It Go Round in Circles – Billy Preston

This was Billy Preston’s first number-one hit on the United States Billboard Hot 100 chart. In the lyrics, Preston wonders if his feeble attempts at communicating with the people who are important to him will pay off or will be looked at critically.

Life is a Circle – Damian Marley

The song’s narrator says God is always with us and won’t let us down. The song’s lyrics also talk about the evils some people commit while pointing out that God is with us through times of injustice.

Circle in the Sand – Belinda Carlisle

Belinda Carlisle is happy with a love interest here. She tells him they are “bound together” no matter what they do or where they go. The song reminds listeners that some romances do have the potential to last a lifetime and have a powerful positive effect on their respective couples.

Related: Check out the best songs about real love.

Both parties in this track can’t get over their past relationship together. They have new partners but are still stuck in the past. Marques Houston sings as the song’s male protagonist and is tired of the circular nature of his on-again, off-again relationship with his love interest.

Related: It’s not easy to move on, but here are some songs about letting go of someone.

The Width of a Circle – David Bowie

This was the opening track for David Bowie’s third studio album. It is not only the longest track on The Man Who Sold the World but one of Bowie’s longest songs in general. In the lyrics, Bowie finds himself having a passionate affair with a deity of some kind in hell. The song also seems to refer to changes in Bowie’s public image and masculinity at the time the song was released.

Related: Slip away to our playlist of songs about love affairs.

Holding You Down (Goin’ in Circles) – Jazmine Sullivan

Jazmine Sullivan can’t let go of a hurtful lover in this track. He is unfaithful to her, but she knows it is hard to end a relationship and try to find a new partner: “Why can’t I find somebody else when I know, know that you’re doing wrong? It’s so hard, hard to let go.” She keeps circling back to him even though they just drag each other down.

This abstract piece talks about a needle and a spinning black circle. While the song may sound sinister, it’s actually about the endurance of vinyl records. Of course, the track may also have a double meaning, and the narrator prefers his music to the company of his lover, which is dark in itself.

‘Circles’ was written about the Paris Terror Attacks. The song highlights the question of what each of us would do for the ones we love if we had to try to save them; many individuals died trying to save their friends in Paris on that tragic day. The song is written from the perspective of two friends trying to save each other in such a crisis.

Harry Chapin reflects on his life’s continuous circles and cycles with this piece. He seems to experience déjà vu, most likely because he keeps experiencing the same things as part of his day-to-day existence. He also likens this situation to an on-and-off romantic relationship he is struggling with.

For some people, the holidays are a time of struggle and sadness rather than joy and togetherness. This song tells the story of one such person. The protagonist here is a mother who is struggling while telling her child where her husband is while life passes them by.

Jana Kramer has said that this song is dedicated to her husband. The song shows how good you can feel and how someone else can help you feel whole when you are in a healthy relationship. Whether or not this type of effect is always a good thing may be up for debate.

Neil Young’s ‘Sugar Mountain’ inspired this Joni Mitchell track. This is a song about life lessons—specifically, the changes in how we perceive time, certain events, and our emotions throughout our lives. The song also explores the passage of time that none of us can escape—”the circle game.”

Related: You were meant to hear these fate songs.

This dance track fuses ska and reggae influences for a unique sound. The song is full of innuendos and tackles the topic of female pleasure in passionate situations. A casual session with Beck helped the song become what it is. The Mark Ronson influences are also at play, as Ronson collaborated with Beck and Lady Gaga to create the track.

Bad Company compares life to a merry-go-round here, pointing out the crazy ups and downs and circular cycles we all experience. The narrator seems willing to go through life’s wild changes with someone else, possibly a romantic interest.

Can the Circle Be Unbroken – Carter Family

This is a reimagining of the 1908 song by Ada Habershon and Charles Gabriel of the same name. It tells the bittersweet story of the main character’s mother’s death and funeral. The family finds some peace during the funeral by singing the mother’s favorite songs.

Related: This song features on our playlist of 1930s songs.

The narrator here seems to be questioning the meaning of life, particularly when each day seems to include the same boring, monotonous routine. The lyrics ask a question we might all consider at some point: “Am I alive? Am I on purpose?” The song reminds listeners that existential crises happen to everyone at some point.

Isaac Hayes seems desperate over a love interest here; there may be a breakup at play. He can’t relax or forget about the relationship and feels like he and his mind are going around in circles with nowhere safe or comfortable to land without his love.

Mariah Carey is trying to put on a brave and happy face after experiencing heartbreak on this track. Everything has changed in her life, and she can’t find a way to escape this sad, downward cycle. She wonders how she will ever recover as she hides her true feelings from everyone else.

Related: Here are the best songs for when you’re sad.

Circle Round the Sun – James Taylor

James Taylor compares his kind lover’s embrace to a “circle round the sun” here. He is very happy in this relationship, as is the woman he is with. He knows that the two have nothing but sunny days ahead as long as they love and care for one another.

This is a fairly happy song if the lyrics are anything to go by. The narrator says that he and some other parties have made it back to a happy situation again. The song is likely about The Monkees performing music and doing what they love as a group.

P!nk admits to listeners that she still needs her father, his love, and his support in this track, even though she may seem successful, powerful, and tough on the outside. She knows things will work out, but her inner child still wants that parental support that can’t be replaced by any other relationship regarding life’s challenges and disappointments.