17 Best Songs About Clouds to Take You Up, Up and Away 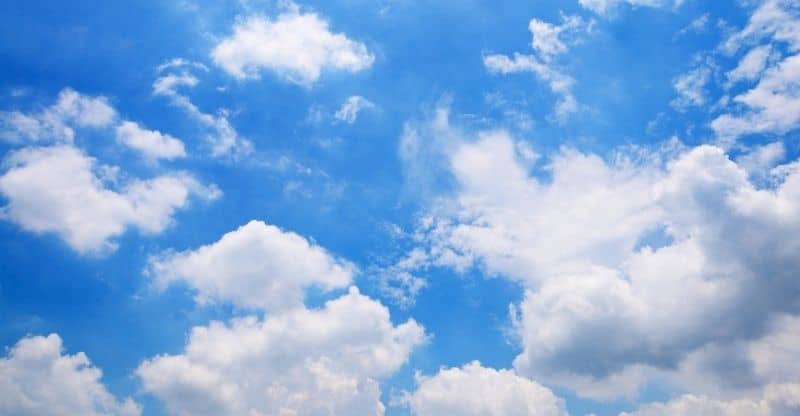 Want to know something crazy? Those fluffy-looking floating things in the sky have inspired some outstanding music.

Yes, cloudy days have been the inspiration for some truly amazing songs. As you’re about to see, cloud songs crop up everywhere in music.

Of course, many songs aren’t about clouds at all and use the old cumulonimbus as a metaphor for something else such as happiness (‘cloud nine’), sadness (‘heavy cloud’), or even something you do when you really have nothing better to do (make a ‘word cloud’).

So, without further ado, here are the best songs about clouds ever written. Incidentally, none of these songs are about ‘cloud computing’ or the ‘mushroom cloud.’ We like to keep it upbeat here 🙂

Let’s start proceedings with this brilliant track by Kate Bush, easily one of the best songwriters of the last fifty years (up there with Bob Dylan or Leonard Cohen.)

Bush based many of her songs on books or literary figures – for example, songs such as ‘Wuthering Heights’ or ‘Houdini’ (featured on our list of best magic songs).

Peter Reich’s Book of Dreams was the inspiration for this song. It’s a book about the author’s relationship with his inventor Dad (Wilhelm Reich) who invented a ‘cloudbuster’ device that manipulated the ‘orgone’ energy in the atmosphere (it helps to read the book!).

This song is an example of where a music video adds a new dimension to the song. The video ends with Wilhelm (played by the enigmatic Donald Sutherland) getting arrested but happy as the son (played by Bush) makes it rain.

For their classic ambient house track ‘Little Fluffy Clouds,’ The Orb sampled American minimalist composer Steve Reich’s superb Electric Counterpoint (worth a listen in its own right – here’s a link).

The woman reminiscing about the skies in Arizona is Rickie Lee Jones, an American musician whose nasal tone was due to a cold she had when recording.

The result was this anthemic piece of music that took on legendary status in the 90’s British chill-out scene and beyond.

For the cloud nerds out there (you know who you are), this video has some great examples of cloud types, too; see if you can spot a cumulonimbus, cumulus, stratus, cirrus, or alto cloud.

The brilliant singer-songwriter Joni Mitchell wrote this song, but Judy Collins’ cover of it in the ’60s became a hit (and introduced the world to the songs of Mitchell, in the process).

This original version appears on her 1969 release, Clouds.

Of course, there has to be a Simon and Garfunkel song about clouds!

The gorgeous ‘Cloudy’ is soft and dreamy like a cloud, with a touch of Spanish guitar and beautiful harmonies. It’s a great song that only these two geniuses of folky pop music could conjure up.

‘Get Off Of My Cloud’ – The Rolling Stones

Many 60’s Stones’ tracks were a reaction to someone or something (e.g. ‘Street Fighting Man’ from our fighting songs playlist).

‘Get Off Of My Cloud’ is a stop-bugging-me song, which Jagger and Richards wrote in response to calls to make another hit song after the success of ‘(Can’t Get No) Satisfaction.’

‘Just a Cloud’ appears on his superb 2017 album, Sensorimotor. With sun-kissed vocals from Vilja Larjosto, it’s a song about wanting to disappear, like a cloud, “I wish that I was just a cloud, take less shape and disappear.”

The video is exceptional, too, with some superb light work. There’s also an alien encounter, all while she sits on the bus wearing blue lipstick. Eventful journey, then.

‘From the Clouds’ – Jack Johnson

Ex-surfer dude Jack Johnson has written a surprising number of love songs. Here’s another, about him and his other half sitting up in the clouds (in heaven?) watching the world pass by.

On a deeper level, it’s a song about the helplessness we all feel about our eventual passing. Their love is for keeps, though. It’s “the only thing this world can’t take.”

The sentiment here isn’t dissimilar to his other song about hanging out with his missus, ‘Banana Pancakes’ (we feature it on our list of popular songs about food.)

Dirty Heads are a band from Huntington, California, and mix hip-hop, reggae, and rock into a fine brew. They are the embodiment of the laid-back South Cali attitude and are utterly fabulous.

The song includes some epic reverb guitar and a monologue that talks of the unicorn (a metaphor for a trip) that takes you to a place that’s “soft, fresh and clean, and so full of love.” Fair enough.

Small acts of affection help keep the romance alive. That’s the message of this song from the Purple One. The addition of British singer Lianne La Havas on vocal duties is a great touch, too.

“You should never underestimate the power of a kiss on the neck, when she doesn’t expect,” Prince sings. And, “every time you catch her singin’ in the shower, you should go and get a flower.”

Not sure about that last one, but Prince knew his stuff, so it’s worth a try!

Little Wing is one of Hendrix’s finest moments.

The song is especially revered among guitar players, as Jimi plays chords and single-note runs with a fluidity that most guitarists spend a lifetime trying to master and never quite crack.

The connection to clouds is in the memorable opening line, “Well she’s walking through the clouds.”

Appearing on Mozzer’s 2009 album Years of Refusal, it’s one of the best unrequited love songs in recent years.

Here, the narrator (Morrissey, basically) is the ‘black cloud,’ a metaphor for a sort of miserable, crushing bore (to borrow some Mozzer language). “There’s nothing I can do to make you mine,” he laments.

This track features a surprise guest appearance from Jeff Beck, who Mozzer met while out with friend Chrissie Hynde (in the bar at West Hollywood’s Sunset Marquis).

This beautiful soulful ballad is about losing someone, “cloudy, don’t you drift away.”

One assumes ‘cloudy’ is a girl he once knew, maybe a shortening of a surname or an affectionate name as her’ head was always in the clouds’ :-).

It’s hard to believe this soul classic is by some white guys from Scotland. The vocal performance is the brilliant Hamish Stuart – far above average, despite their band name.

This pop song from Imagine Dragons is pretty hard to decipher. It isn’t entirely obvious who or what the narrator is talking about. Is it about the death of a friend, or war, or both?

But that doesn’t detract away from the song. In fact, the ambiguity of the song adds to the theatricality of the piece, “clouds above us crying tears of sins.”

The Doobie Brothers – named as such because of their fondness for certain herbal indulgences – were a superb (yet underrated) American rock band in the ’70s.

Songs like ‘Long Train Runnin” and ‘Black Water’ (featured on our songs about water playlist) made them famous, but instrumentals like this one demonstrated their musicianship with some superb use of effects pedals (check out the flange).

Co-produced by ELO’s Jeff Lynne, with Eric Clapton on guitar alongside Harrison on slide guitar and Elton John on keys, this song was always going to be a bit of an event.

It doesn’t disappoint. This song about big white clouds is one of the highlights of Harrison’s later solo career.

‘Feet In The Clouds’ – Paul McCartney

Here’s one from McCartney’s 2007 album Memory Almost Full. It’s a song about childhood and growing up and the challenging experience he had at the Liverpool Institute High School for Boys. “Some of them were complete maniacs,” he said in an interview with the Mail.

“Teacher said I had my head in the clouds,” he sings. Fortunately for us (and modern music in general), he sucked at schoolwork 🙂

Let’s wrap up with this instrumental from Pink Floyd’s early period. Of course, a lot of Floyd’s music sounded like it was made on a different cloud.

With this track, you get a taste of what’s to come a few years later.

It was worth the wait.