16 Best Songs about Coffee to Jumpstart Your Day 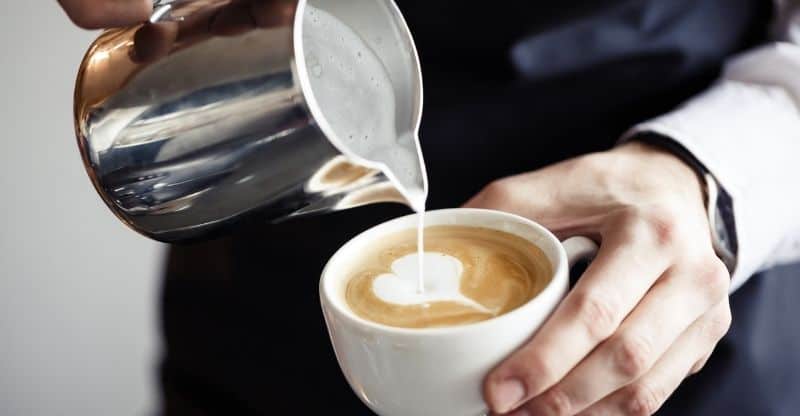 For many of us (me included), drinking coffee is massively important. It’s what starts the day, what keeps you going through the afternoon, and what you look forward to in the morning.

Let’s not forget its power of productivity, either. Jerry Seinfeld said it best when he observed, “I love how you just make coffee, and then somehow something gets done.”

As you’re about to see, there’s no shortage of great songs about coffee either.

Sinatra’s jetsetter lifestyle no doubt required its fair share of caffeine. In the imaginatively titled ‘The Coffee Song,’ Sinatra jokes that no other beverages are available in Brazil. Probably a bit of an over-exaggeration, but we’ll let it go just this once.

This is one of those songs that most people have heard at some time or other, but nobody has any clue who it’s by. ‘Java Jive’ is about our fixation with the coffee bean. Tea also gets a shout out too.

From Dylan’s best ’70s album (‘Desire’), this song is about trepidation before he enters “the valley below.” Is that a reference to his crumbling marriage at the time, his love-hate relationship with the music industry, or something else entirely?

The ever-allusive Dylan said,“‘valley below’ could mean anything” in an interview with Paul Zollo.

You’re the Cream in My Coffee – Nat King Cole

A gorgeous love song here by the inimitable Nat King Cole. Written by Ray Henderson in 1928, there are many versions, but this one by Cole is the creme de la creme. Sorry, I couldn’t help it :-p

This one was written and sung by Blur lead guitarist Graham Coxon, who wrote it after giving up alcohol. It’s an anthem for people who find socializing laborious. So where do I sign up?

This is arguably the least-known coffee song on the list, but it’s sooooo good. It’s a perfect blend (sorry) of sadness (it’s written by a young guy who’s dying and realizes he won’t be there for his loved ones), but it’s strangely uplifting. Just listen to it, and prepare to be moved.

Related: check out our list of songs about losing someone to death.

Anyone who knows about Otis Redding will know how tragic his demise was (he died in a plane crash at the height of his powers). Thankfully, his immense talent was recorded on tape. Here’s his tribute to coffee (and cigarettes, remember those?)

One Cup of Coffee – Bob Marley

I had to double-check this was Bob Marley. It sounds nothing like his later self, but it’s him alright. Here he apologizes for the hurt he’s caused. And boy, is it a gorgeous bit of ska.

If you’ve ever had too much to drink or had a shock (e.g., your pet gerbil can suddenly recite the works of William Shakespeare), a black coffee is often called for. Or in the case of the gerbil, perhaps a shrink too :-).

When you peel back the meaning of many Kate Bush songs, there’s often something a little dark going on. Here’s no exception. It’s a paranoid song about your other half trying to poison you.

A song about meeting in a coffee shop as a prelude to some action back in the pad. Of course, coffee shops in Amsterdam have a whole different meaning 😉

A Cup of Coffee – Johnny Cash

Talking of coffee shops, Cash sounds like he’s just had a session in one. He’s trying to find his cat, his hat; he’s wasted!

In this old-time blues song, Mississippi John Hurt laments the departure of his girl who used to cook him up the finest of brews. Here’s some pop trivia: ’60s band ‘The Lovin’ Spoonful’ got their name from this song.

It’s not often that we manage to wrangle in some classical music. ‘Coffee Cantata’ was a satirical one-act operetta about a father’s attempt to stop his daughter from drinking coffee – yes, coffee! It was made illegal for a time in Prussia by Frederick the Great.

Ok, I admit it. This isn’t a coffee song at all, but I’d always fancied putting J.S. Bach and the Beastie Boys alongside one another. There is a line about coffee in the song, too, if you’re wondering. See if you can spot it 🙂

A little story about finding a message at a corner table in a café and wondering what might have been. Of course, these days, people just text. We’re so dull 🙁