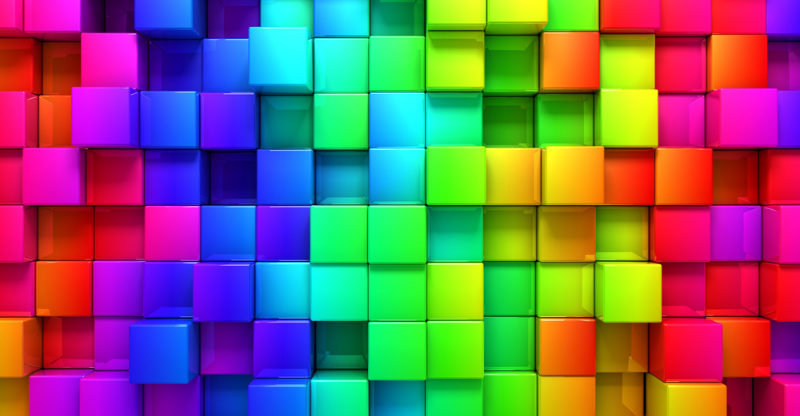 Colors make the world around us a little more interesting and magical. It’s no wonder that they’ve served as inspiration for music artists for decades.

Here are some of the most well-known songs about colors (or songs with a color in the title) and facts about each.

Coldplay lead singer Chris Martin said that the color yellow was chosen for this song because the band finds it to be a beautiful color. This track is about caring about someone, romantically or otherwise, who is so special to you that you would do anything for them.

Van Morrison’s first solo release was originally about an interracial relationship but was changed to be about romance with a brown-eyed love interest to make it more palatable to radio stations at the time. The song still contained lyrics that were censored or that kept the song off of radio stations completely depending on the outlet.

While this Beatles classic could be interpreted as a song about spreading one’s wings and facing change, it was mainly written to reflect the civil rights struggles of African Americans during the time that the song was released. Paul McCartney’s voice, his guitar and a mysterious tapping were the only sounds recorded for the track.

Jimi Hendrix was inspired to write this song after an intense dream where Jesus saved him from a purple haze. Clever studio tricks such as placing headphones around a microphone for an echo effect were used to make the song more unique production-wise.

This song is an uplifting piece about a sunny sky after the rain. It was inspired by a seemingly unending cloudy sky in Switzerland that finally resulted in sunshine after two weeks when Electric Light Orchestra bandleader Jeff Lynne was staying in the country.

Related: this song appears in our songs about the sky playlist.

Back in Black – AC/DC

This tribute to AC/DC lead singer Bon Scott was released five months after his death. It was successful enough to prove that the band could go on and find success without Scott at the lead. The album of the same name had a cover that served as a tribute to Scott, as well.

‘Orange Crush’ refers to Agent Orange of the Vietnam War, rather than the soft drink of the same name. The song is meant to serve as a fictional account of that era in time and the war’s impact on veterans.

This song was written during and after an argument that Chris De Burgh had with his wife. It’s about remembering to appreciate your significant other after years together and remembering the little things about them that made you feel infatuated in the first place.

Sting wrote this track to evoke the feeling of knowing you are experiencing a happy time that won’t last. He was inspired to write it after buying a house near a field of barley. His wife, Trudie Styler, also served as a muse for this piece. Styler has said that the song is among her favorites.

Related: this features on our list of simple songs to sing.

Stevie Wonder and Paul McCartney created an uplifting and inspiring piece about racial harmony with ‘Ebony and Ivory.’ The ebony and ivory piano keys are used as an example of different colors living and working together in a beautiful way.

This song may appear somewhat abstract at first glance, but its lyrics tell a story in two to four verses. Its ending is unique in that fades out on the first line of the chorus, though some versions contain a different end.

While this song has multiple possible interpretations, one of the widely accepted ones is that it’s about a failed relationship. The song remains Britain’s best-selling 12 inch single of all time.

This track’s meaning is quite cryptic, but its title refers to the moon’s color during lunar eclipses. After the song was used in a 1999 Volkswagen Cabriolet commercial, it became one of Nick Drake’s only popular releases in the United States.

As the title suggests, this song finds Grateful Dead discussing getting older and how to age gracefully. It ended up on MTV and radio and became the only true commercial hit for the band, who found new fans through the track’s promotion.

The white wedding of this song’s title refers to the protagonist’s love interest’s wedding, who is marrying someone else while he still loves her. The quick and short guitar riff at the song’s beginning is one of its more distinctive elements.

Pretty in Pink – The Psychedelic Furs

‘Pretty in Pink’ was used for the film Pretty in Pink, but it’s story of a young woman with questionable morals who gets questioned for her decisions was misconstrued by the film’s decision-makers. The color pink is used in several ways as a metaphor in the song, including as a symbol of passion.

Here’s a dark piece about questioning life and its worth. The line “No one but me, can save myself but its too late” highlights the song’s desperation and despair. Kirk Hammett’s final solo was improvised.

Tommy James named this song after his favorite flower and favorite color. Considered too short for radio play, some unusual extended edits were created for broadcast that had some questionable production elements.

While this track is a serious piece about slavery, it is often interpreted to be about interracial passion. It’s possible that American singer Marsha Hunt and her quiet relationship with Mick Jagger inspired the song and its themes.

Related: this appears on our list of best food songs.

This track about a short, fast and passionate love affair was written by Prince in between several subsequent naps. It was the artist’s first Top Ten hit in the United States, as its lyrics were tame enough for most radio stations when compared to some of his earlier songs.

Tangled Up in Blue – Bob Dylan

Bob Dylan tackles the changes and struggles he was dealing with in his life with this track, including a divorce from his wife at the time. Dylan wrote this in the summer of 1974 at a farm he had just purchased.

Related: this appears on our list of songs to get over a breakup.

Inspired by an unusual recurring dream, this track finds Peter Gabriel swimming in an ocean of blue and red bottles as the blue ones hold him down. Gabriel has said that it’s important to let out negative feelings such as the ones presented in this track.

Related: this features on our playlist of apocalypse songs.

This song is about a guy who is interested in a woman who isn’t interested in men, which the title’s symbolism suggests. He wants to know why she can’t try, adding an interesting level of conflict to the track.

Lorde sings of her first true heartbreak and the “green light” she’s waiting for to move on from the pain and live her life. It’s a more hopeful track than it sounds, as Lorde sings of finally moving on as the song develops.

More songs with color in the title: