Connect With These 14 Best Songs About Computers 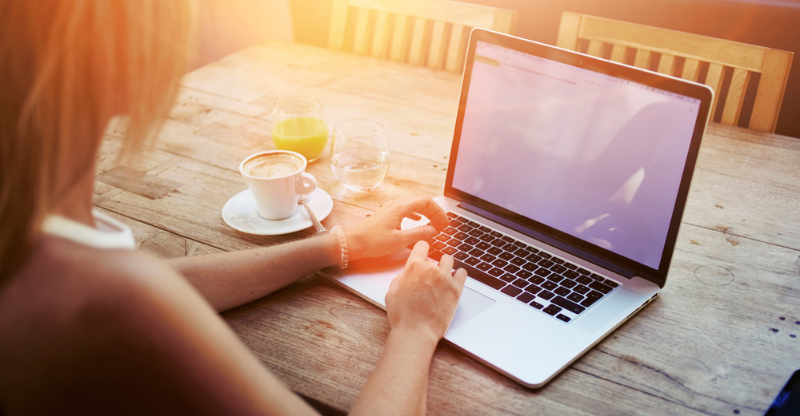 Over the decades, artists from Kate Bush to St. Vincent have tackled the complexities of both musicians’ dependence on technology, and society’s in general. From love stories centered around online dating to the heart-wrenching tale of a humanoid named Jed, songs about computers crop up a lot in popular music. Here are the best ones we found.

Appearing on their concept album, Computer World, synth-pop group Kraftwerk details finding cheap romance the modern way with ‘Computer Love.’ After seeing “call me now” ads on TV, the song’s protagonist decides to act on the offer and set up a “date.” The track developed a cult-like following, with bands like Coldplay releasing their own music based off of musical themes from the digital age song.

“We are caged in simulations. Algorithms evolve.” With dystopian lyrics involving computers rendering humans “obsolete,” Muse’s song ‘Algorithm’ questions peoples’ increasing need for electronics in their daily life, and worries this will ultimately take over their autonomy. Anxiety runs high in the song, and frontman Matt Bellamy began turning these thoughts over in his head after attending a series of music festivals with headliners simply performing on stage with their laptops and nothing else.

This epic tale is broken up into two parts on the Flaming Lips’ album sharing the same name as the song’s title, ‘Yoshimi Battles the Pink Robot.’ Featuring Japanese vocalist Yoshimi, who played with the band The Boredoms, the band features her voice throughout both parts, oftentimes with her screaming intensely to signify her fight with AI.

The ’80s saw a wave of electronically-centered music come to the forefront of mainstream movements. While it’s commonplace for kids to be on their phones 24/7 these days, singer-songwriter Kate Bush tackled this tricky subject back in ’89 with ‘Deeper Understanding.’ In the track, she voices her concerns over the isolation that can happen when one relies on relationships via technology.

“We lost a friend.” While many artists take a critical view of technology’s increasing presence in music, Grandaddy tells a melancholy story featuring an unassuming robot who accidentally ends his life. When he’s created, he’s given the ability of free will. But soon, his creators forget about him. Jed, the robot, soon becomes lonely and finds alcohol his creators left behind. Not understanding its effects, he drinks too much and dies. Talk about a buzz kill.

A tension-filled, club-style track, the chord progression, instrumentation, and lyrics for ‘Digital Love’ are all meant to convey a lack of resolution. The upbeat, layered track encompasses the many emotions of relationships that often get buried and never worked out. The synthed-out instrumentation pairs perfectly with the title.

“What’s the point of doing anything.” Artist St. Vincent boldly tackles younger generations’ constant need of social media attention with ‘Digital Wellness.’ In the song she echoes their nihilistic viewpoint that if they can’t post about all the things they’re doing, why do them at all? Frontwoman Annie Clark compared her observations of this digitally-obsessive lifestyle with plot themes from the popular sci-fi Netflix show, Black Mirror.

In the early and mid.- 2000s, the R&B genre experienced a rise in the use of autotune with recordings, which involves using a popular software plugin over artists’ voices to easily obtain perfect pitch without the singer having to worry about it. This trend, along with people becoming increasinly dependent on technology to forge relationships, is at the heart of Jamiroquai’s critical take on the digital age with ‘Automaton.’

“…had enough of the information generation.” Frontman Alex Trimble wrote ‘Bad Decisions’ after he discovered a troubling trend at his band’s shows. He’d come to recognize many of his supporters over the years, and with their increasing use of social media, he noticed a sharp decline in their ability to be fully-functioning human beings. His concerns are at the forefront of the song, in which he calls for a rediscovery of a more natural way of living.

Love Thru The Computer – Gucci Mane

After a few stints in the slammer, rapper Gucci Mane had to get creative with romance. His song ‘Love Thru The Computer’ details his use of technology to carry on relationships with romantic interests. Justin Bieber appears on the track as well, appropriately autotuned given the subject matter of the song.

A robotically-charged release that stunned many of his fans in the ’80s, Neil Young makes heavy use of several electronic instruments in ‘Computer Age’ to give the song a bold AI feel. Young’s inspiration for the track and his electronic album Trans was deeply personal. He has two sons who suffer from Cerebral Palsy. While they were young and in the hospital, doctors and nurses tried to communicate with them through technology, so Young constantly heard robot voices.

“Domo arigato misuta Robotto.” Famous Japanese lines are fan-favorites to recite during the opening of ‘Mr. Roboto’ by Styx. Translated to “Thank you very much, Mr. Roboto,” the early synth-pop song helped kick off a craze of music centered around dystopian tales involving Artificial Intelligence. In this lyrical story, a humanoid robot is tasked by his creators with saving the world from self-inflicted “destruction.”

Alone In The Dark – Sheryl Crow

Fame has long made it hard for singer-songwriter Sheryl Crow to have a longterm, intimate relationship with someone she trusts. She’s both had to deal with very public relationships with fellow celebrities like Lance Armstrong, and with the harsh reality of other suitors sharing details of their romance online All of these difficulties went into one of her most honest songs ever written, ‘Alone In The Dark.’

A Machine Spiritual (In the People’s Key) – Bright Eyes

Conor Oberst delves into some pretty deep topics with his song ‘A Machine Spiritual’ and the album it appears on, The People’s Key. For this song in particular, he’s worried about where society is headed with its dependence on AI. He worries that soon we won’t be able to relate to one another because our sole focus will be on the screens in front of us, thus taking away our ability to empathize face-to-face, which to Oberst, is one of the only ways the human race can hope to solve problems in the future.