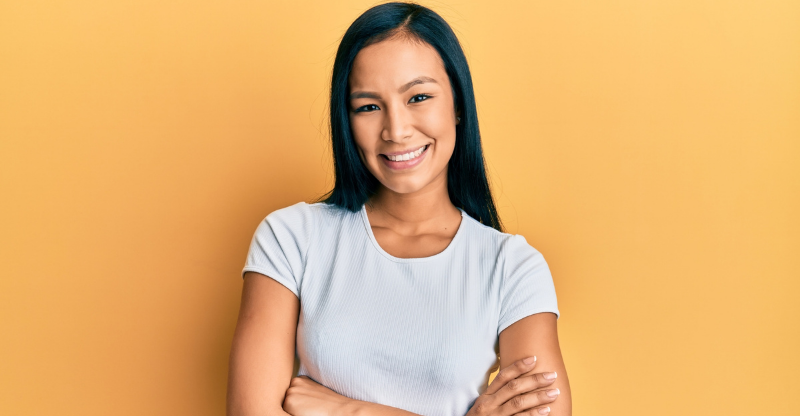 Confidence is a great thing, but it isn’t always easy to make oneself feel more confident and self-loving. Music is one thing that can help people of all ages and stages of life feel bolder when it comes to believing in oneself and understanding one’s powerful side. Here are some of the best songs about confidence to help you feel motivated and positive about your abilities.

Demi Lovato sings of feeling confident and trying to demonstrate one’s confidence to others who may doubt you. The song’s name is also the title of the singer’s album that the track appears on.

Sia, who has appeared insecure at times in the media, sings of being confident and strong in this track. She recorded a remix for Gillette Olympic commercial in 2016.

Related: Feel like a winner with more victory songs.

This track shows how powerful one can feel after moving on from an unhealthy romantic relationship. It is based on a famous Friedrich Nietzsche quote and is partly about anyone who wishes you harm or doubts your abilities.

Scars to Your Beautiful – Alessia Cara

Alessia Cara’s experience with hair loss as a young teen helped to inspire this hit song which is one of Cara’s most famous pieces. It’s about how beautiful people are and how much hope they should have for the future, even with visible or invisible scars.

Here’s a track inspired at least in part by the beginning of the internet bullying era. It finds Christina Aguilera affirming that she’s beautiful even when she feels insecure. Many of Aguilera’s doubts were conquered by singing the hit track.

Related: Check out more songs about loving yourself.

This track motivates listeners to overcome their pasts and build a more positive future, whether their mistakes were big or small. It was the 16th single in history to enter the Hot 100 Chart at Number One.

Related: This is on our playlist of brave songs.

This is Me – Keala Settle

This fight song encourages outsiders who aren’t accepted by society to love themselves and stand strong, even when others aren’t treating them right. Keala Settle sings it as the Bearded Lady and Barnum’s other “Freaks” in the musical biopic The Greatest Showman from 2017.

Related: Listen to more songs about being yourself.

It’s not always easy to feel good in the face of uncertainty or disappointment, but Mary J. Blige encourages listeners to do just that with this song. It was Blige’s first UK Top 20 single as a solo artist.

Rachel Platten could have given up when she wrote this track, which was her literal fight song as far as staying in the music industry was concerned. She made the right choice by continuing to follow her creative dreams; ‘Fight Song’ became her first Hot 100 hit and encourages you to keep believing in yourself.

This self-love track features Beyoncé and made Nicki Minaj the first female artist to have four simultaneous Top Ten tracks in the US.

This good times song sounds sunny and uplifting, but its lyrics about having an eternal great time were inspired by a rather dark and out-of-control period in Freddie Mercury’s life. It was one of Queen’s most popular hits despite these murky beginnings.

Selena Gomez encourages listeners—particularly self-conscious young girls—to believe in themselves even in the face of doubters with this track. Priscilla Renea wrote the piece, with Eman producing it.

Andra Day sings of rising up each day to face one’s challenges, no matter how hard things may get. It became a sort of anthem for the Black Lives Matter movement in 2016, with Day’s support.

Christina Aguilera sings of feeling stronger and having more fight inside oneself after facing mistreatment by a hurtful person. This was one of Aguilera’s more deliberately serious songs written for her sophomore album after putting out a more typically poppy sound with her first album.

Her marriage to Russell Brand and its dramatic end inspired Katy Perry to create this hit track about being empowered after leaving someone who holds you down. It hit Number One in fifteen countries and ranked in the Top Ten on 38 international charts after its release.

Related: Get encouraged with these songs about surviving hard times.

BTS put out this track to spread hope and joy because global events stressed everyone in 2020. It was BTS’ first song released entirely in English.

Here’s a track about believing in yourself and your dreams, no matter what reality does to discourage you. Its unique structure with a chorus that shows up at the end may be one of the most enduring qualities that have led it to its status as a timeless hit.

Related: See our playlist of songs about overcoming obstacles.

I Love Me – Demi Lovato

This song finds Demi Lovato experiencing self-love, even after an earlier life full of mistakes. It encourages listeners to feel the same way about themselves and realize that they are more than their pasts and slip-ups.

Tom Petty was inspired to write this track about standing one’s ground after his home was burned down. It was the first single that Petty released without The Heartbreakers as his band.