20 Best Songs about Countries Around the World 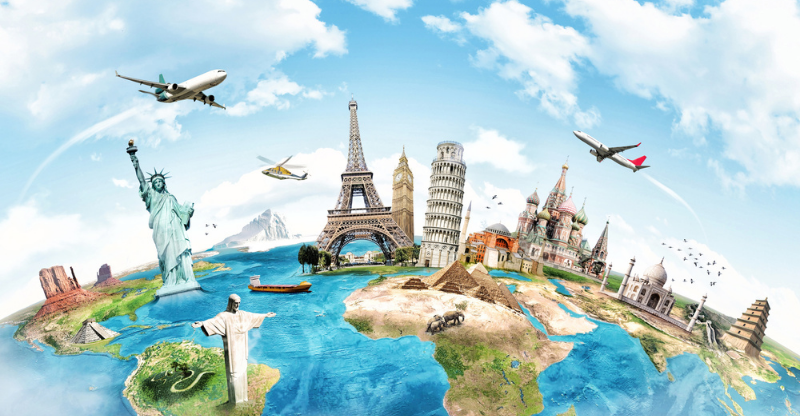 If you’re itching to take a trip but have to stay home, travel to new places with these songs about countries! This playlist has a variety of music styles, so it’s sure to cover whichever part of the world you want to travel to.

Born In The U.S.A. – Bruce Springsteen

Almost every US citizen is familiar with this song (like a national anthem) because of the patriotic sounding chorus that proudly proclaims they are US citizens. But that wasn’t Bruce Springsteen’s intention. The song criticizes how poorly the US Vietnam veterans were treated once they came back from the war. The verses talk about how veterans were forced to go to war but didn’t receive any respect when they came back.

The narrator in this song wants to be with a girl but seems to want to keep it a secret since he mentions whisking her away to a private jet or Guatemala. The song has the Dembow rhythm playing throughout it, which is used in reggaeton music popular in Latin America, including Guatemala.

Lead singer Joe Strummer came up with this song after conversing about how the bombing of Costa Del Sol had some similarities with the Spanish Civil War. He thought someone should write a song about it, so he took the task upon himself. The song uses symbolic imagery to talk about people and organizations, like the red flag meaning socialists and the black flag meaning anarchists.

Related: This appears on our list of anti war songs.

‘Barbados’ will have you dreaming of a tropical summer vacation with the chill reggae beats and the story of a bus driver getting away on vacation. Typically Tropical was a band consisting of two Welsh audio engineers who recorded this song in their spare time after helping other artists record their songs. The song became a number 1 hit in the UK, giving their record label a big boost.

Frank Sinatra sings of a lover he met while visiting Brazil in June. Unfortunately, he had to leave the next morning and was left dreaming of the person he left behind miles and miles away. This song was written by Ary Barroso, a Brazilian composer, and Bob Russell and was released in 1958.

This song is about a couple struggling to kick their harmful bad habits. The mention of a zoo refers to how people in Berlin will meet with dealers at the railway station next to the zoo. So, what about that title? It was picked because it’s a joke among musicians that if your fame is wearing in the US or UK, you can have a second round of fame in Japan as if you’re a brand new artist.

David Bowie and Iggy Pop wrote this song together. Iggy was the first to sing it in 1977, but it didn’t do well until David released it in 1983, and it made it to the Top 10 in the UK and US. In the song, the singer warns a Chinese woman that his Western culture would ruin her Eastern culture, so she should stay away from him. But, the two love each other and can’t stay away!

Related: Check out our list of songs with girl names.

‘Colombia, Mi Encanto’ is a love song to Colombia. The singer enjoys dancing all night long and loves his country so much that he feels like he’s dreaming! The song was written for Disney’s 2021 film Encanto, and the song charted at number 100 in the US. The title translates to “Colombia, My Charm.”

Related: This one appears on our list of Encanto music.

When things aren’t going right with your lover, you may dream of getting away! Lauv and Alessia Cara sing from the perspective of two lovers who can’t get things right where they are and fantasize about dropping everything and heading to Canada, where they can start over without the pressures of their current life. Why Canada? Lauv got the inspiration for this song from a trending topic on Twitter that suggested Canadians have the best quality of life!

This song criticizes privileged college students who take their easy lives for granted or think they know what it’s like to suffer hardships when they really don’t. Dead Kennedys wrote this song about the Communist dictatorship in Cambodia that resulted in losing a quarter of the country’s population in just four years.

From Dylan’s landmark mid-seventies album Desire, Mozambique is a dreamy love song about hanging out in a paradise where the sun is “aqua blue” and “the lovely people living free.”

Related: check out the brilliant track ‘Hurricane’ which also appears on the same album (featured on our list of Hurricane songs.)

Elton John was supposed to record his Goodbye Yellow Brick Road Album in Jamaica, but a lack of equipment and political unrest caused Elton to go to France to record the album. This song implies the “spicy” activities you can do on vacation in Jamaica, but the song is mostly just a nod to what could have been for the album.

George Ezra went backpacking across Europe and based most of the songs on his Wanted on Voyage album on his travels. In ‘Budapest,’ he lists off everything he would give away to be with his lover, including a house he owns in Budapest. He doesn’t actually have a house there, and he never even made it to the city on his trip because he missed his train!

‘England’ has a few meanings associated with it; it’s one of those songs that can mean something different to each listener. Some understand it to be about writer’s block, some think it’s about being discontented with fame and dealing with a record label, and some may think it’s about falling in love with someone who lives across an ocean.

‘Cambodia’ is about a man who had to carry out the cruel task of running the bombing campaigns for over a year during the Vietnam War. The lyrics show the man feeling guilty about going to Cambodia, and he returned home a new man—quiet, traumatized, and guiltier than before. This song charted in the Top 10 in many countries and is one of Kim Wilde’s most popular songs.

While this song makes mention of the Nile and bazaars, it has more to do with a dance move than Egypt. This song charted high worldwide and made it to number 1 in many countries. Since the song references several countries, you could say this is a global song encouraging everyone to dance!

‘Cuba’ is a Latin American-inspired disco song performed by the French Gibson Brothers, so you could say this song will take you around the world! The Spanish lyrics roughly translate to “Cuba, I want to dance the salsa.” This song is meant for dancing, and you’ll probably be doing so before the song is over! The song charted at number 12 in the UK and number 9 on the US Disco Top 100 chart.

Don’t Cry for Me Argentina – Madonna

This song was written for the 1978 musical Evita. Julie Covington initially performed it, but Madonna’s 1997 version for the film is now one of the most recognizable versions. The song is about Eva Perón, the wife of Argentina’s former president, Juan Perón. In the song, she pleads to Argentina to believe that she always had the best intentions for her country, despite what people thought of her.

This Beach Boys-esque song is about a Russian spy who became Americanized while in Miami. When he got back to the USSR, he started appreciating all the women in every country. This song charted at number 19 in the UK, but the US didn’t appreciate it since it was released during the Vietnam War and appeared to favor the enemy!

In this song, the singer falls in love with someone in France. She’s so in love that she feels lost and dazed. Whether or not she was actually lost is debatable. This song charted high in South Africa, Australia, and throughout Europe, but it didn’t really land in the US.