14 Songs about Danger to Keep You on Your Toes 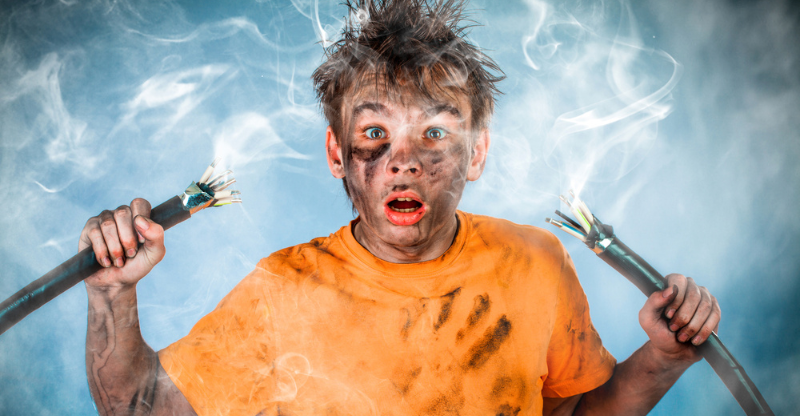 We’re ‘wired’ to avoid danger and have survived so long as a species by not taking unnecessary risks.

But try telling the modern-day human that. He goes out of his way to get a kick from doing crazy stuff – whether that’s swimming with sharks off the Great Barrier Reef or fooling around with his best friend’s wife.

So here are some of the best songs about danger ever written. Please, don’t try any of this at home :-).

In this track, Iggy Pop distrusts a love interest who could ruin his life. However, he seems to invite her danger into his life. He appears to want to feel the powerful—albeit painful—emotions that she might provoke within him. A documentary about Iggy Pop used the same title as this song.

The protagonist here warns someone that they’re “gonna crash.” This narrator is tired of the second party’s behavior and knows that hanging around them just leads to more trouble for everyone in the long run. The song was first released on The Primitives’ debut album, which was titled Lovely.

While this track doesn’t contain many vocals, it certainly earns its spot on our list of danger songs. The startling screams and the narrator asking Eugene to be careful definitely set up a dangerous – if not horrific – scene for the listener to think about. This B-side single was later released in a shorter form on the compilation album Relics.

Of course, danger often comes in the shape of a love interest. In this classic piece of bluesy rock, guitar slingers J.J. Cale and Eric Clapton lament about a woman who “was treated so badly” that she’s hell-bent on wreaking havoc on unsuspecting guys. It sounds autobiographical.

Here’s a song about “Dangerous Dan,” with whom the female protagonist has had a painful past romance. She realizes that she made a wrong choice being with him and wants to warn other women about the danger he presents and the games he plays when it comes to romance and women.

Perhaps one of the most well-known danger songs, ‘Danger Zone’ framed the action scenes in the wildly popular film Top Gun. It’s about the thrill and draw of being near the action, even if these situations appear too dangerous for the protagonist from others’ perspectives. The track was also used in the animated series Archer, among other television series.

D is for Dangerous – Arctic Monkeys

Although this song talks about danger in the form of romance with a dangerous woman, the song could also speak to the pull of danger in any risky situation. The protagonist realizes how hard it can be to resist temptation, even when it is very important to stay safe and avoid it.

Esther Phillips is trying to find her lost love on this track. She’s looked for him almost everywhere the listener could imagine with no luck. Even so, she keeps the faith that she will find him someday. She also seems to be avoiding near certain danger to keep searching for this man.

Related: Here are the best songs about lost love.

Eyes of Danger – Michigan and Smiley

This song’s narrator warns about the danger in a man’s eyes. It’s a song in the reggae-dub style. This is one song that Michigan and Smiley released during the beginning of the dancehall music wave in the late 1970s.

The Clash sings of a real-life trip to Jamaica that went horribly on this track. The song also has more general themes of feeling in danger and isolated in an unfamiliar environment where one is not necessarily welcome. This is a typical example of an old-fashioned Punk Rock song.

The narrator of this song makes it clear that nothing is more desirable to him than dangerous and potentially harmful behavior. In this particular situation, the narrator talks about the strong passion he feels for the woman he is interested in, who may be bad for him in the long run.

Related: Light up with these electricity songs.

Here we have a protagonist who warns a love interest to stay away, as this person is too tempting to the narrator even though everything will likely go wrong if they get together. The song was sung from a female perspective in Veronica Swift’s cover version.

Be Careful What You Say and Do – John Brim

‘Be Careful What You Do’ is a song where an intense male protagonist warns his lover not to leave him. It seems that things will go wrong for her if she does. At least two bands have covered the song since its original release by John Brim.

In this song, the narrator seems to reflect on his reckless past. He realizes that he probably hurt himself by being too bold in the face of danger but also seems to be at least somewhat impressed by the adventures of his younger days. The title and lyrics suggest that he is encouraging others to be wild and free.