18 Best Songs about Electricity to Light You Up 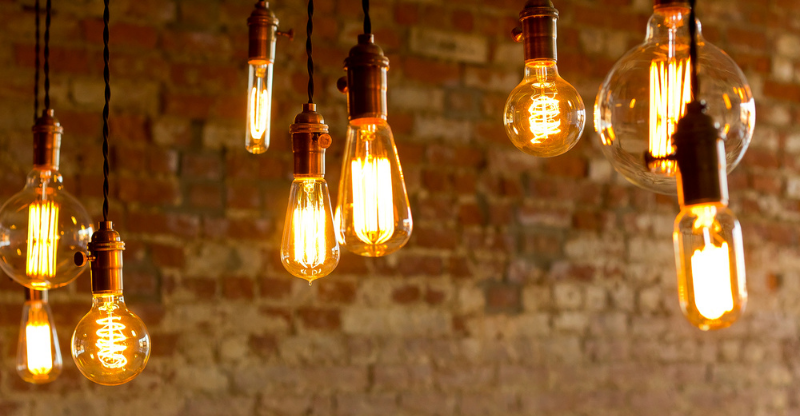 Some days, you just need a little energy! Work feels flat, skies are gray, traffic’s sluggishly inching its way along, and you’re stuck. You need a little electricity in your life – a little vim and vigor.

This playlist of songs about electricity is all about shooting some punch and power into your day. You’ll find songs from the early electro scene to modern rock, and by many more artists who’ve found inspiration in the natural power source we rely on for everything – even the movement of our muscles.

Grab your phone, plug in, and get ready to get electrified!

The high-energy pop song by Silk City and Dua Lipa, ‘Electricity,’ featuring Diplo and Mark Ronson, is all about that feeling of electricity two people get when they’re together, even if they’re far apart at the moment. The song draws from Chicago house and 90s music, with disco-house, diva house, and electropop beats, and quickly became a staple track.

Related: Listen to more songs about someone special.

The steamy, electrifying song ‘Danger! High Voltage’ plays on the metaphor of electricity-related to the desire for a partner. The simple lyrics are both direct and symbolic, while the rock sound with horns and a bit of funky vibe make it a catchy, rhythmic dance song. The catchy song was well received by both critics and listeners alike when it was released as a single from Electric Six’s debut album Fire in 2003.

Related: Check out these other energetic dance songs for parties.

A highly evocative, largely metaphorical song, ‘Electric Feel’ centers on a given woman capable of “shocking” the singer with a sort of supernatural electricity. While the lyrics seem to imply a romantic partner, the songwriter, Andrea VanWyndarden, has stated clearly that the song is about substance addiction. MGMT is kind of in the indie experimental rock zone, so there’s a bit of eccentricity to the distinctly rhythmic, funky electropop song.

Related: You’ll want to see our playlist of songs about breaking free.

This bouncy song by Oasis was on their second studio album. It’s about a boy who’s tangled up in a family of “eccentrics” who aren’t quite sure what to make of him. The tangled relationships are a bit of a mess between him and his girlfriend and this family of hers. Noel Gallagher, who wrote it, borrowed the song’s chorus melody from a tune in the 1970s UK preschool program You and Me. Not much else is shared about the song, except Gallagher promises it’s not his own story!

Related: Families can be challenging! Listen to these popular songs about family.

With a reggae-pop beat that makes this one of the best songs to jog to, Eddy Grant’s ‘Electric Avenue’ gives a great beat and profound message. The lyrics on the surface might seem something casual, but the reality is the song is about race and equality, speaking of a real place in London and the story of an impoverished man looking at the things he can never obtain. The street is in Brixton and was named such because it was the first street in the area to have electric lights.

Related: Head over to our playlist of equal rights songs.

Featuring partial lyrics in each verse from ‘Fred’s Worried Life Blues’ by Mississippi Fred McDowell, ‘Electric Worry’ features the harmonica talents of Eric Oblander (of Five Horse Johnson) and electrifying guitar riffs and solos throughout for a unique take on the southern, swamp rock blues. Some find the song strikingly similar (in parts) to John Lee Hooker’s “Boom Boom” with the “Bang, Bang, Bang!” exclamation in the chorus. It’s a motivational song to get out of a funk and wake up from stupored living.

Related: Start your day with these songs to wake up to.

Coming from British space rock band Spiritualized’s album Ladies and Gentlemen We Are Floating in Space, ‘Electricity’ is a power song ripping through the atmosphere of the ordinary. With blistering guitar solos and a cacophony of sound, the song was released as one of the three singles for the album in July 1997. The song feels like a story of losing control to fall into love as the vocalist sings of not being able to resist someone.

Related: Try to resist someone with the best songs about not wanting to fall in love.

In that authentic, high-intensity AC/DC style energy, this guitar-heavy song probably sounds familiar to most of us since it’s one of the most popular releases from the Australian band. It’s been featured in various films from Varsity Blues (its first use) to Iron Man 2, Battleship, Daddy’s Home, Deadpool 2, and TV shows like Supernatural, New Girl, Magnum P.I. (2018). Angus Young says the song started as a “little trick” on the guitar that became a song built up from the riff. The title was inspired by their favorite childhood toy, ThunderStreak, a hydro wing rubber band-powered toy.

Related: This song features on our playlist of the best hype songs.

Electricity – Orchestral Manoeuvres in the Dark

Tinkling synthesizer keys open ‘Electricity’ by English electronic band Orchestral Manoeuvres in the Dark. The song breaks molds by skipping sung chorus with a melodic synthesizer break instead. And even if you’ve never heard the song before, you probably actually have, in one way or another. Since the release of this twinkling song, several recording artists have claimed the song as one of the most influential pieces of music of the late 1970s.

Electricity is in My Soul – Steam Powered Giraffe

If you’re not quite sure about the opening of this unique song, ‘Electricity is in My Soul’ by Steam Powered Giraffe, give it a moment. It completely switches gears from the distinctively orchestrated synth vocals to a tightly harmonized piano-driven melody. The band is an American group formed in San Diego in 2008 that self-described as a “musical act that combines robot pantomime, puppetry, ballet, comedy, projections and music” with an emphasis on music. The eccentric sound is catchy and pulls you in, so be prepared!

A chill electronic disco beat dances through the ears as ‘Electricity’ by Overwerk, featuring Aistis, roll through the speakers. The introspective song asks questions about the world and where we’re going. The chorus repeats the question of reality as we see it, “or did the TV lie to me?”

With a vibe like you’d get from a blending of Muse and U2 with a twist, ‘Electricityscape’ by The Strokes is instantly alive, reverberating in the ears. No build-up, no waiting for the lyrics to kick in. The song comes from The Strokes’ third studio album, First Impressions of Earth. The American band from New York City made up of Julian Casablancas, Nick Valensi, Albert Hammond Jr., Nikolai Fraiture, and Fabrizo Moretti, is considered to have been one of the leading early-2000s indie rock revivals.

From A Tribe Called Quest, the R&B song ‘Electric Relaxation’ was created in the basement of the grandmother of Phife Dawg and Q-Tip. Phife Dawg’s grandmother gave Q-Tip the key, and he went in and started creating the song while Phife Dawg was away. When he got back, he heard the sounds and rushed to see what was happening. The duo then wrote their own lines and ultimately switched for the rhythmic back and forth in the song that’s now over 25 years old.

Electronic/alternative rock song ‘Electric Barbarella’ was the 29th single released by Duran Duran and became the first official single from their album Medazzaland in 1997. If the name Barbarella feels vaguely familiar, you’re not wrong. The song is a direct tribute to the 1968 film by Roger Vadim, Barbarella, about a mad scientist named Dr. Durand Durand. The film is where the band found their name and clear inspiration over the years. Supposedly the first song available for digital purchase/download on the internet, the song has had a good bit of fame, even if the evidence doesn’t prove the rumor.

The appropriately named ‘Electric’ by Kary Perry is the second single from the Pokémon 25 soundtrack – a game about an “electric rat (Pokémon)” or literally “sparkle mouse noise” from the Japanese. The electropop ballad was written by Perry along with Lucas Marx, Rachel Kanner, Jon Bellion, Oliver Peterhof, Bruce Wiegner, Al Calderon, Jordan Johnson, and Stefan Johnson. (Talk about a lot of cooks in the kitchen!) The result is a joyous, defiant, rhythmic expression of hope.

Related: Hear more of the best songs about power.

Australian singer/songwriter Sia released ‘Electric Bird’ on her fourth studio album, Some People Have REAL Problems, in 2008. The upbeat pop song with horns is brighter and bolder than many of her past albums that tend to be more downbeat. Fans debate the song’s meaning, but some lines seem pretty straightforward, reminding us how easy it is to be fooled in a world of broken people looking out for number one.

Related: To be honest, these are the best songs about lying.

The synthy vibe of this definitively U2-sounding song is filled with bold vocals from Bono, reminding listeners of the sweet love that’s worth fighting for. According to Bono, the aptly-titled song is about that electrical storm that brews between lovers as pressure builds. There’s hope here and a call to restore love and romance by first seeing and hearing each other. This song performed well and hit number one on the Canadian charts.

Related: You don’t have to wait for a dark and stormy night to listen to the best songs about storms.

After nearly two years of silence from the band Suede, ‘Electricity’ shot them back into fans’ minds across the planet. This great song focuses on the synthesizers and bold distortion guitar working in tandem. The hard-edged “spiky” song, according to the band, is “just a simple love song.” The edgy lyrics from the 1999 album Head Music certainly don’t hold back with the vivid imagery, concluding with comparing love to electricity.

Related: Soulmates should listen to the best songs about true love.