15 Songs about Escaping and Getting Away from It All 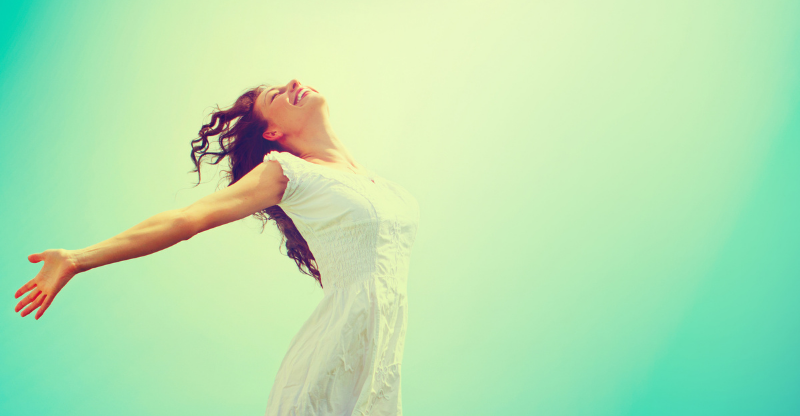 Life is tough, and sometimes all you want to do is get away from the troubles of your life or the world around you. Wanting to escape is a normal feeling that almost everyone faces at some point in their lives.

If you’ve ever wondered how musicians handle their feelings about escaping, all you have to do is look to their songs on the topic. Here are some of the best songs about escaping and getting away from it all.

This track tells the story of a man who, bored with his married life, decides to answer a personal ad in the newspaper. To his surprise, the woman in the ad is his wife. The song is somewhat lighthearted but teaches an important lesson about learning to appreciate your spouse and learn new things about them, even if you’ve been together for years.

This 2020s track is meant to evoke feelings of nostalgia for the 2000s and music of that decade. The protagonist asks a love interest what would happen if they escaped together and had an adventure full of freedom and romance. It shows how a romantic connection can make you feel new levels of happiness and excitement that makes you want to have new experiences.

A couple fights, makes up and dreams of a perfect future together in this track. It’s a powerful collaboration between Gwen Stefani and Akon, who also wrote the track together. They sing to each other as the fighting couple, covering how the woman has hurt the man and will make things right again.

Escape from LA – The Weeknd

The Weeknd criticizes the Los Angeles culture and lifestyle while partially blaming it for two-sided infidelity in this track. He also says that he—as the narrator—needs to escape LA because, as the lyrics say, “This place is never what it seems.” He also alludes that the city is ruining his life.

The protagonist of this piece pays homage to his guitar and the wonders of music. He says that the music frees his soul and lets him escape to a calm and happy place. John Henry Kurtz was the original singer, but Dobie Gray’s version is one of the most famous. His duet with Uncle Kracker in 2002 was also popular.

Related: This also appears on our playlist of country karaoke.

Here’s a highly collaborative piece that is about having an elastic heart that allows you to trust and love again after a painful break up. Sia sings that she may actually fall apart, but she is still strong enough to hide her emotions from the heartbreaker if it does happen.

MGMT sings of the highs and lows of the fast, hard rock-n-roll lifestyle in this piece, Lines like “But there is really nothing, nothing we can do” sum up the song’s message that fame and fortune as a musician tend to run their own course that the artist cannot truly control.

While there are many theories surrounding the true meaning of this track and its title, Travis Scott mainly seems to be singing about how his life as a famous artist was his escape plan for leaving a life of poverty to find fame, fortune and attention. It’s also about trying to win passion-fueled attention from a woman.

In this song, Enrique Iglesias tells a lover that she can leave him if she wants to, but he doesn’t believe that she can truly escape from the feeling of his love. It shows how powerful love can be and that it can leave its effects even after a relationship is long over.

Boys Like Girls sing of escaping from the critical eyes of authority figures and having fun in this hit song. Singer and guitarist Martin Johnson has said that it was specifically written about his hometown and leaving it with his best friends. It is also a high school graduation anthem of sorts.

P!nk addresses the serious topic of destructive escapism in this song, which presents the topic in a humorous and sarcastic light. The lyric “But everyone you know, is tryna smooth it over/Find a way to make the hurt go away” demonstrates the song’s overall theme and the feelings of pain that most humans face at some point in life.

Related: Go to our very own list of p!nk songs.

This track is based on Billy Joel’s own memories of playing piano at the Executive Room. It’s about the people he met during the six-month gig and highlights how his piano music provided listeners with a happy feeling in the piano bar as they escaped their daily lives. Joel’s future wife was also mentioned as the waitress in the song.

You Don’t Own Me – Lesley Gore

Lesley Gore tells her romantic partner that she doesn’t belong to him and wants to live an independent life in this track. ‘You Don’t Own Me’ was one of the first pieces of media to inspire the beginnings of the Women’s Liberation Movement. Its popularity has endured through media appearances and cover versions.

Leaving on a Jet Plane – Peter, Paul, and Mary

Sometimes, we just want to be loved; especially during our loneliest moments. This Peter, Paul, and Mary song is meant to evoke that feeling. It also speaks to the feeling of leaving someone you love—possibly forever—and the isolation, heartbreak, and despair that can accompany that act. John Denver wrote it during a layover at an airport.

Kanye West sings to his detractors – either romantically or in society – in this piece. He criticizes them and dreams of running away from his troubles while also expressing conflicting thoughts and emotions. West also addresses his own mistakes and warns others to stay away from the jerks in the world, even if he’s one of them.