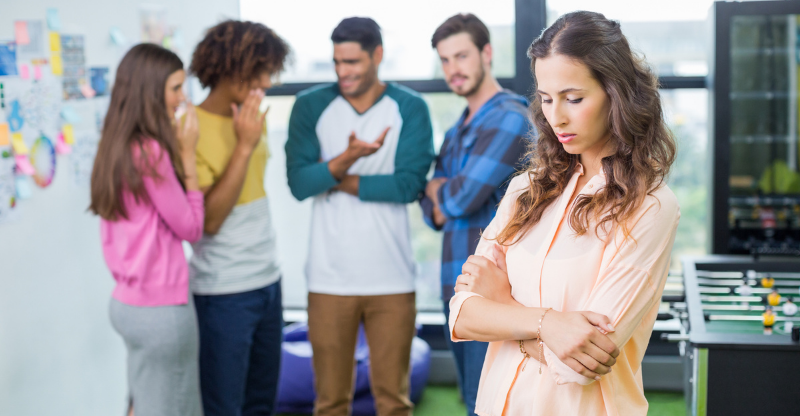 It’s not always easy to tell who your real friends are and which friends are actually hurting you, taking advantage of you, and talking about you behind your back. Famous musicians often know about these types of fake friends better than anyone, as it’s easy to get taken for granted when you’re rich, famous, or both. Here are some songs about fake friends with a behind-the-scenes look at each track.

Kanye West explores his interpersonal struggles with friends and family in this piece. It has a light and simple sound to match its somber subject matter. Ty Dolla $ign features a verse that shows things from West’s friends’ perspective, singing as a friend who misses spending time with the rapper.

Related: See our top picks of songs for friends.

This song teaches listeners that it’s okay to lose friends if they were fake companions from the start. The original Joan Jett song was released in 1983, but it was covered by grunge group L7 in 2020 as a single. This version features Jett’s vocals for a powerful effect.

In this track, Sigrid encourages others to let go of fake relationships, whether they be with friends or lovers. It’s a minor-based power tune written in conjunction with Martin Sjølie that was released on the Don’t Kill My Vibe EP in 2017.

‘Fake Friends’ was released on an album of the same name in 2018. The protagonist of this track has no time to deal with fake friends while conquering goals and achieving success. It also talks about the pain that fake friends can inflict when they aren’t there to provide support during the hard times.

Billy Bueffer sings of his fake friends while he warns an outside party that they have seemingly fake friendships in this track. He tells this individual—possibly a love interest—to get even with the fakers. The song also serves to highlight Bueffer’s achievements and successes in life.

All My Friends Are Fake – Tate McRae

Tate McRae laments that she can only find friends who want to be around her for the wrong reasons in this track that criticizes modern friendships. This popular song has had more than one million views on YouTube and was produced by NoiseClub. An acoustic version was released in October of 2019.

This track explores the importance of friendship and the challenges that arise when you can’t find any true friends to rely on with story-based lyrics. ‘Fake Friends’ was released on 4 January 2022 as a rework of Whodini’s classic Hip-Hop track ‘Friends.’ Mane’s one-year-old son is featured in the music video.

This song was inspired by a real backstabbing friend that Kesha knew. The friend reportedly stole Kesha’s car and talked about her behind her back. ‘Backstabber’ was released as the tenth track on the singer’s debut album Animal in 2010. It was almost released as the second single but was swapped for another track on the record.

Related: Check out our playlist of songs about betrayal of trust.

Bebe Rexha complains about the fakeness of Los Angeles and the challenges that come with making fake friends in the city in this track, which is at least somewhat autobiographical. In its clean version, ‘F.F.F.’ stands for “Forget Fake Friends.” G-Eazy features here, singing of his own personal issues with LA culture.

Related: If you like L.A., you’ll love these California songs.

This song was written by the Martinez Twins as a diss track against Max Beaumont. The song showed support for Team 10 while they butted heads with Beaumont over a false accusation scandal. The song ‘NADA’ by Chad Tepper interpolates this piece.

Related: Head over to our playlist of songs about liars.

Eminem appears to be addressing fellow rapper Champtown in this track about a backstabber. Eminem believed that Champtown was trying to woo his girlfriend, which Champtown has denied, ending their friendship and leading to the creation of this song. It’s a continuation of a Soul Intent track with a similar title.

Camila Cabello sings of the lonely culture in Los Angeles in this autobiographical track. She explores her first experiences living in the city and the heartbreak of dealing with fake friends. It’s possible that the track also explores Cabello’s split from Fifth Harmony as she began her solo singing career.

Related: This song also appears on our playlist of songs about enemies.