23 Gorgeous Songs about Falling in Love 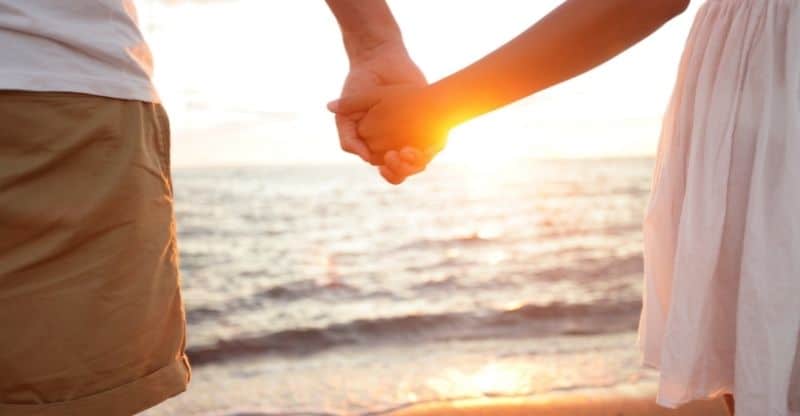 Love is blind they say. It’s true, you never know who or when you’ll fall in love. But when it hits you, you know about it.

So here are the best songs about falling in love that express the insane amounts of excitement you feel when you’ve finally met the person of your dreams.

Turn Your Lights Down Low originally appeared on Bob Marley’s 1977 album Exodus. In this version released years later (in the ’90s), Lauryn Hill reworks it, turning it into a duet between her and Marley.

It appears on the fantastic Chant Down Babylon album, a brilliant mash-up of Marley songs with other luminaries (including the late rapper, Guru). Check out our songs about feeling guilty playlist for another song from this album.

The message of this song is that love outweighs possessions. No amount of material things (diamond rings etc.) can compete with this other person. Everything means nothing if she doesn’t have her love. This brilliant live version also includes John Mayer’s ‘Gravity’, another incredible song. Like that wasn’t enough, The Roots drummer Questlove joins them.

When you fall in love with somebody new, it feels like a whole new chapter in your life has just begun. And as we hear in this song, sometimes it even feels like its the first day of your life.

If this song somehow passed you by, you’ve been living under a rock! Here Lady Gaga and Bradley Cooper declare their love for each other. Unsurprisingly, its quickly become one of the best karaoke duets. Try it!

What list of songs about falling in love would be complete without something from Ed Sheeran? In one of his most romantic tunes, Sheeran admits his girl is perfect.

This folky sing-along is built for campfire jams and sounds like its straight out of the ‘Mumford and Sons songbook.’ The way the chorus picks up speed and slows down again for the verses is very cool.

Say Hey I Love You – Michael Franti and Spearhead

Michael Franti is one of the lesser-known artists on this list, but don’t let that put you off. His infectious, reggae-infused rhythms are all about tolerance, living your best life, and loving everyone around you. We all need to take a leaf from his book 🙂

The King was a romantic at heart, and this song shows what a big softy he was. There’s some gorgeous imagery in this song about the sea (and the rivers flowing into it), and how their love is just as inevitable. Simply divine.

Justin Timberlake’s music is always an amazing auditory experience from a production point of view (and often lyrically). This one is no different, and literally makes the hair on the back of neck stand up.

Nick Cave is better known as a barroom brawler and isn’t known for his sugary sweet love songs, so this one is a bit of a surprise. But the master crooner likes to keep you guessing, and does so with aplomb here. We also include this on our list of songs about breathing (yes, there is such a list, and it’s pretty good actually :-))

Here’s one of the most romantic songs on the list about falling in love. Mars’ admits that he loves the other person exactly as they are, no changes required. I wish everyone could be that enlightened, rather than trying to force their partners to be the person they want them be. So uncool.

Sometimes love appears out of even the darkest of places. This party banger is about falling in love when things are going badly (you’re in “a hopeless place”).

Alanis Morissette is more often associated with rage songs like ‘You Oughta Know’ (included on our best cheating songs list if you’re curious). It’s weird then to hear a song by her about being in love, but here one is.

A masterclass in sampling here sees so Beyoncé madly in love that she doesn’t even recognize herself. Jay-Z’s contribution was a last-minute addition to the track, added the night before Beyoncé was due to hand the final album into the record company (do they really hand in albums like homework assignments?!)

Love You Like a Love Song – Selena Gomez and The Scene

This catchy one is set in a Japanese karaoke bar where Selena Gomez is singing karaoke songs. She finds herself transported into the videos on the karaoke TV set. Look out for the pink light-sabers. Luke Skywalker, eat your heart out!

Pop star Katy Perry and fellow songwriter John Mayer had a very public relationship. Like many celebrity couplings, it didn’t last, but she wrote this sweet song that expresses her unconditional love for Mayer.

Also, check out Mayer’s track (featuring Perry) called ‘Who You Love’ featured on our best songs about new love list.

Swift fell for a guy when she was younger. She thought he was great, her parents thought he was a creep. They were right, she was wrong. This happens sometimes (but parents don’t always get it right, by the way.) Here’s her song about the whole experience.

On this list, there are some of the best songs about loving another person ever written. But this one takes some beating. Written in the ’70s by the acclaimed songwriter John Martyn, you’ll do well find a song that captures the feeling of out-and-out love for another human being.

Written for Bublé’s ex-girlfriend Emily Blunt (the English actress). The message is that, despite all the troubles in the world, the love he has for this girl keeps him going.

I Can Love You Like That – John Michael Montgomery

The Beatles song ‘All You Need is Love’ reminded us that feeling loved is really all anyone needs, forget about all the other material stuff. in this tender country song, the narrator reassures his sweetheart that if she takes a chance on him, he will make her his world.

Aussie band Savage Garden found fame when this song was put on rotation at a Dallas-based radio station. The self-titled album this romantic song appeared on sold an incredible seven million copies in America.

Another country song here about falling in love with a girl. It captures the moment of exhilaration when you get totally bowled over by someone else. The world is suddenly a better place.

If you’re about to ask someone to marry you, you’re probably a gibbering bag of nerves. You could use it to give you the courage to pop the question, or just play it to her or him and let the song do all the work (that last bit was a joke by the way, though you wouldn’t be the first lol.)