20 Songs about Forgiveness to Help You Move Forward 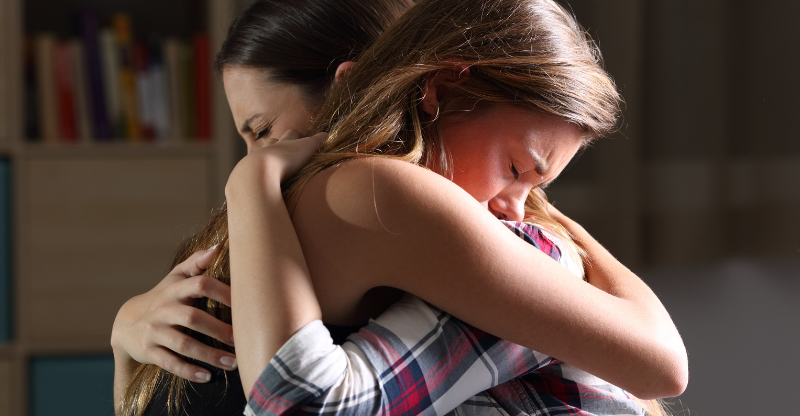 It’s not always easy to forgive.

Whether forgiving someone else for hurting us or ourselves for not living up to the people we hoped to be, forgiveness is a universal human concept that is among our greatest challenges in life when it comes to mastering it.

How do musicians handle the topic of forgiveness? Find out by reading about the best songs about forgiveness.

John Lennon sang about the darker side of his nature in this song—specifically his feelings of jealousy and inadequacy in his marriage to Yoko Ono. He apologizes for his behavior and chalks it up to being a “jealous guy” in this song about jealousy. Lennon wrote the track while he was still a member of The Beatles.

For What It’s Worth – Liam Gallagher

Liam Gallagher reviews his life and apologizes for past mistakes in this mid-tempo track. The song was dedicated to his mother and kids, seemingly finding him asking them directly to forgive him for his mistakes and hoping they could see him for the flawed human he is and move on from past hurts.

This Alicia Keys track is all about forgiving yourself. It highlights the importance of finding the bravery required to understand that you are human and must allow yourself space to make mistakes. Keys also sings of the haunted feelings that occur when you are facing your inner demons.

Here’s a track that highlights the pain and confusion that occurs when you have trouble trusting and forgiving a parent after a betrayal of some kind. The song was inspired by Kevin Parker’s parents’ divorce and the resentment that Parker felt toward his father, Jerry, as a result. Jerry passed away, leading Parker to revisit his feelings about the man.

The protagonist of this track asks a love interest—possibly a past one—to forgive him for having trouble letting go of his feelings. He isn’t ashamed that he loves her and thinks they could be great together. It was the first song that Bryan Adams used modulation.

Related: If you messed up, here are the best songs about feeling guilty.

This track—which features the Christian rapper Lecrae—shows forgiveness from both sides: the person asking for it and the person who can give it. It also talks about how confession is essential to moving forward after a mistake and seeking forgiveness from someone you care about yet hurt.

Related: Who hurt you? Here are some more songs about pain.

I Forgive You – Kelly Clarkson

In this song, Kelly Clarkson has trouble moving on from the past. She wants to forgive others who have hurt her—and her past self—but is struggling to do so. Clarkson has said that the song was written from a candid place where she let loose with no emotional filter.

This song focuses on the importance of forgiving others as a Christian. When released to radio, the song had a surprisingly widespread appeal, helping listeners find forgiveness in their hearts and connect with their very human stories about forgiving others for past hurts.

While it sounds like Adele is speaking to a lost love in this track, the singer has said that the song is actually addressing the people from her past—including her younger self. The song also served as a ‘Hello’ for fans who missed her music after a three-year hiatus.

Related: This song features on our list of the best karaoke songs to sing.

I Have Forgiven Jesus – Morrissey

Even though the title of this track makes it sound as if Morrissey has forgiven Jesus for the pain in his life, the lyrics seem a little less understanding. The song is relatable to anyone who has grappled with wavering religious faith in the face of injustice, loneliness, or heartbreak.

This track talks about the power and complications of forgiveness. Santana wrote the song to address the issues of forgiving and forgetting; both do not always go hand-in-hand. The simple lyrics highlight a song that has a deeper meaning than it appears on its surface.

If I Could Turn Back Time – Cher

In this piece, Cher sings directly to a past love. She’s obviously hurt him and wishes she could go back in time and change her actions so he would still be with her. She hopes he understands how regretful she is and will try to forgive her as a result.

Related: Oops! Here are our favorite songs about messing up.

Back to December – Taylor Swift

Taylor Swift wrote this song about an actual relationship where she hurt the guy who became its subject. While Swift has never admitted who the song is about, many fans believe it was inspired by Swift’s relationship with actor Taylor Lautner, with whom she had a brief relationship in late 2009.

Related: Check out the best songs about second chances.

Eminem lets the past out in the open with this song, realizing that it’s better to admit the darkness of your past and find a way to process it. He sings specifically to his hurtful mother, apologizing to her for causing her pain even if it wasn’t his fault as a child.

Related: You’ll want to clean the whole house when you hear these clean up songs.

Purple Rain – Prince and the Revolution

Prince wishes a loved one would stay by his side and forgive him for any past pain he caused in this song. This song ended up being the centerpiece of the film of the same name and vitally important to its theme. The song was performed by Prince more than any other song he released.

Related: This song made it to our list of the top greatest songs of all time.

Kurt Cobain dedicated this track to his wife and daughter. It talks about the expectations that have been put on him and the challenges of his life. He also apologizes for his mistakes and wishes for a lighter state of mind. It was the last single Nirvana released before Cobain’s death.

Sorry, Blame It on Me – Akon

Akon released this song after questionable concert behavior led to losing a Verizon endorsement. The rapper also apologizes to his family and possibly Gwen Stefani—for whom he was opening when the incident took place and who also lost the Verizon deal—as he regrets past actions and wishes he had spent more time at home.

I Forgive You – Kellie Pickler

Kellie Pickler asked to record this song after connecting deeply to its themes of forgiveness; her grandparents raised Pickler after her father fell victim to addiction and her mother abandoned her. Writers Hillary Lindsey, Aimee Mayo, and Busbee had originally kept it on hold for a more famous artist.

To make a long story short, this song is about a confusing situation involving a stolen bicycle and a related story of forgiveness. The narrator “didn’t do such a good job after all,” and it goes to show how good deeds sometimes get turned around and require forgiveness in the long run, like many aspects of life.

This song is all about a nightmarish date. The narrator has said something very offensive and hopes that his romantic interest will forgive him and give him a second chance. John Mayer also released two acoustic versions.