18 Best Songs about Ghosts (or With Something Ghostly in Them) 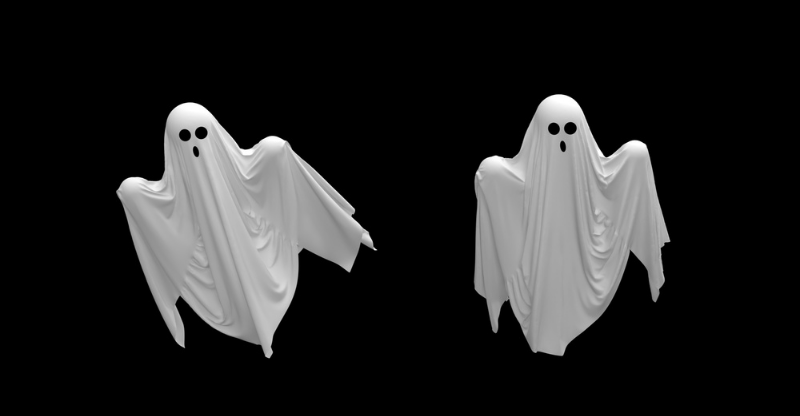 Cultures across the world have some form of relationship to the other side. Musicians from all genres help keep this supernatural element alive via their music. From friendly ghosts found in hit movies to long-lost lovers who feel like elusive spirits, here is a poetically-driven playlist featuring songs about ghosts.

Ghosts That We Knew – Mumford & Sons

Appearing on Mumford & Sons 2012 album Babel, the group first unveiled this dark tune during a radio station performance the year before. Featuring a heart-wrenching story about going through a traumatic breakup, the band played it out at multiple shows while on tour and developed the song based on the audience’s reactions before recording it.

Watching You Without Me – Kate Bush

Written with a historic approach, the song chronicles the story of a shipwrecked woman who hasn’t figured out she’s pass on to the other side yet. As her ghost returns to her home she tries to communicate with loved ones but they can’t hear her. The open-ended lyrics enable the listener to experience a wide range of emotions while listening to the song. It can double as a story about a failing relationship as well.

Written about the way life can leave you feeling lost, Paramore’s Hayley Williams relates going out in the world and feeling unnoticed to being a ghost. She travels around and sees others along the way who look just like her, but they shouldn’t. By the end, she fears how many ghosts end up in the world who are quickly forgotten.

The Ghost In You – The Psychedelic Furs

Written by The Psychedelic Furs lead vocalist Richard Butler and his fellow bandmate-brother, it was the only song of theirs to climb the charts in the US. With a poetic approach, the layered song relates the ghost of a woman to the ending of a serious relationship. She still sticks around even though it’s time to move on. Their other major US song was ‘Pretty In Pink’ which was adapted for the ’80s movie starring Molly Ringwald.

Frontman Anthony Keidis mother decends from Apache Indians, so Native American culture has always played a role in Red Hot Chili Peppers music. In the case of ‘American Ghost Dance,’ the funky minimalist track features Keidis rapping about a literal dance Indians would perform to keep settlers away from their land.

While the song was written about several members of the band leaving to form a new group, The Specials like to make their music as relatable as possible. Because of this, they combined the story of the band’s partial breakup with the experiences of civil unrest in the UK at the time of the song’s release in the early ’80s.

Songwriter Gorden Lightfoot had a knack for penning epic historial tunes and ‘Ghosts of Cape Horn’ chronicles the battles sailors would endure while sailing around Cape Horn. It was a popular yet exremely dangerous trading route before the Panama Canal was built, and due to weather and pirates many ships have been lost at see in the Cape Horn area.

Inspired by a valiant character in the classic novel The Grapes of Wrath, Bruce Springsteen dedicated an entire album to Tom Joad. His song ‘The Ghost of Tom Joad’ contains a socio-political slant with Joad’s character representing community and solidarity during trying times. Springsteen often performed this acoustic song at live shows when fans needed an intermission to get drink refills.

Following the flop of her first major-label release, Tori Amos had to do a lot of soul searching. During this time she wrote a lot about having to kill her old self in order to become a new, better version of herself. Because of this dark place, songs like ‘Happy Phantom’ ended up on her followup album Little Earthquakes. Though the songs were heavier in nature, they were full of optimism.

Give Up the Ghost – Radiohead

Appearing on Radiohead’s 2011 album The King of Limbs (named after Europe’s supposedly oldest tree), the song was first performed at a benefit in Cambridge in 2010. The song is a commentary on the 21st century and all the people it is leaving behind. The band wishes to gather them up in their arms to offer comfort but they have accepted their fate and are giving “up the ghost.”

The Ghost on the Shore – Lord Huron

Centered around an eerie lake, the song’s protagonist finds his life coming to an abrupt end. As he deals with all the emotions he faces while becoming a ghost, he decides to stick around the lake so he can remain close to home. The song’s haunting lyrics conjure up images of the horror genre’s classic lighthouse keeper ghost stories told around campfires while growing up.

Scottish band Simple Minds performed this number during Europe’s famous Live Aid concert in 1985. The song’s lyrics are open-ended yet poetic, leaving the message open to the listener’s interpretation. The verses elude to the hope of youth that exists in a world that seems doomed. Simple Minds were known for often using religious symobolism in their songs.

Ghost of the Navigator – Iron Maiden

This Iron Maiden tune appears on their 2000 album, Brave New World, which is a nod to writer Aldous Huxley’s infamous dystopian novel by the same name. The song centers around the idea of a life coming to an end. The band uses symbolism such as a ship sailing on the seas and a setting sun to explain their thoughts surrounding death.

Cemented in cinema history due to its use in the blockbuster film Ghostbusters, this theme song has remained popular through decades. Not only does it make a resurrgence every year when it’s added to every Halloween playlist possible, when you re-watch the family friendly GhostBusters movie, the song can be heard through out it.

Related: This features on our list of halloween themed songs.

Featuring the song-defining image of a subway, Regina Spektor’s ‘The Ghost of Corporate Future’ is a layered take on her opinions of modern society. As she tells the story of a businessman making his way through New York on the subway, she offers bits of wisdom. People are just people, and humanity should be embraced. You never know what’s going to happen next so live life the way you want to.

Blink- 182 band members Tom Delonge (no longer with the group), Mark Hoppus, and Travis Barker wrote this song together about music you immediately relate to someone you the second you hear it. Some critics speculated Barker had his late friend Adam Goldstein in mind while working on the tune. Though it was released as a single it charted well due to its organic traction.

Ghost Behind My Eyes – Ozzy Osbourne

Using creepy lyrics and the theme of a haunted house, rock artist Ozzy Osbourne relates not being able to get the idea of someone out of your head to having a ghost living behind your eyes. With hints that the ghost is a long lost lover, Osbourne describes in vivid detail the haunted house he lives in with spiders and fire inside a dungeon.