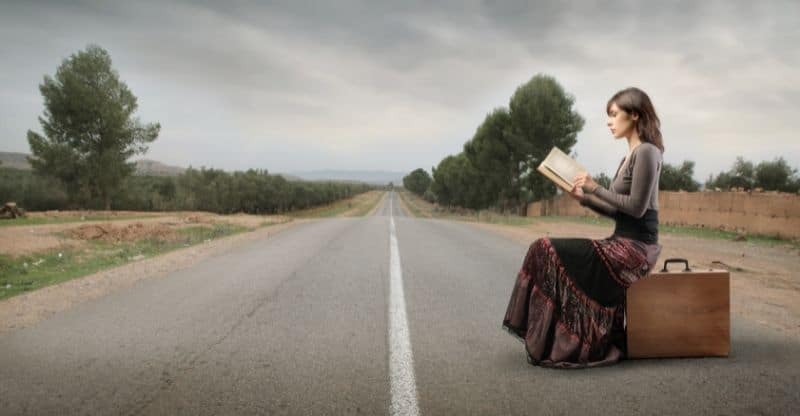 There are plenty of songs about home that celebrate that safe, familiar place that makes us feel all warm and gooey inside.

However, there are just as many great songs about going home (or ‘coming home’, however you want to phrase it).

Two of Us – The Beatles

Towards the end of The Beatles’ incredible story, McCartney and Lennon seldom collaborated on songs like the early days. ‘Two of us’ was one of the exceptions where they did. In this sweet song, the pair sing and harmonize, reminiscing about “spending some else’s hard-earned pay” and celebrating finally going home – whether that’s physical home (to Liverpool), or a spiritual one.

You can always count on Leonard Cohen for a unique perspective on things. Here, he sings from the point of view of his own muse who is critical of his intentions as a songwriter (“he wants to write a love song, an anthem of forgiving…but that isn’t what I need him, to complete”).

One of the finest soul singers at the moment is Leon Bridges. This song was a hit for him in 2015. In the song’s lyrics, he has a burning desire to come home to his girl for some “tender sweet loving”.

‘I’m Coming Home’ was written by Thom Bell and Linda Creed (who wrote many soul hits for groups such as The Delfonics, The Stylistics, and The Spinners.) It pictures the narrator sitting at the railway station with his suitcase, ready to go home. He’s had enough of people using him for their own means (“watching them destroy my dreams”) and needs a big slice of home comfort to sort himself out. Don’t we all!

Here’s a great song about going home. In a peculiar 7/4 time signature, it depicts the narrator climbing Solsbury Hill (near the city of Bath in the UK). He has an encounter with an eagle (as you do) who shares something so profound, “I did not believe the information”.

It’s generally considered this song is about Gabriel finding the inspiration to go it alone after splitting with the band Genesis. However, many people think it’s about an alien visitation. If you read the lyrics, it sort of figures (“grab your things, I’ve come to take you home”). I’ll let you decide.

One of Young’s rare cuts, ‘Goin’ Home’ is a trailblazer of a song that never seems to get much of a mention. But here’s the thing: it’s freakin’ great. Rolling Stone magazine features it on their excellent list of 20 Insanely Great Neil Young Songs Only Hardcore Fans Know (a must-read) and call it a spiritual cousin to his mid-70s anthem, ‘Cortez the Killer’. High praise, indeed.

Here’s a song that many of us can relate to. It’s about someone who’s been through a troubling period and is heading back home to sort their head out. This song became the send-off song on the US TV Show American Idol when contenders got the boot.

In this lesser-known Ritchie song, Lionel looks back at the things he could or should have done. When you’re young, he sings, “all you know how to do is run”. He admits you’ve got to lose it all, to know what matters. After all these changes in his life, he knows what’s meaningful. He’s heading home.

Of course, when it comes to courting, the line “let me take you home tonight” has a completely different – and rather naff – meaning. In the context of the song, it’s a pick up line – he’s suggest he takes her to his home. He’s desperate to get her back to his place and show her “sweet delight.”

If you’re ever done karaoke, you’ll know all about Sweet Home Alabama, as it’s a staple of many karaoke sessions. The big wheels keep turning on the way home “to see my kin” and “‘ole’ ‘bamy once again.”

After a break-up, it’s normal to miss your ex. Here, singer Iglesias decides enough is enough. He hears her favorite song on the radio, and it makes him think of “everything we used to do”. He admits he’s made a mistake and wants to come home and sort things out. We never get to hear whether she’s waiting with open arms, or has changed the locks.

Here’s Ozzy’s classic song about coming home. With words written by Motörhead’s Lemmy Kilmister and music partly written with guitarist Zakk Wylde, this song was a big hit for Ozzy. It was especially popular among GIs serving in the Gulf War, who’d send it back to their sweethearts. ‘Mama’ is Ozzy’s nickname for this wife, manager, and X-Factor (the UK equivalent of American Idol) celebrity Sharon Osbourne.

While the life of a touring musician sounds idyllic in many ways, it’s hard to hold down a relationship or family life. Countless songs have been written on the subject, such as this one by Jagger and Co. He’s utterly fed up of being on the road: “maybe you think I’ve seen the world, but I’d rather see my girl.”

Here, northern British rockers Kaiser Chiefs declare “we’re coming home” and urge the listeners to “light a fire”. It’s like they’ve been on a long journey – like Frodo and Sam in Tolkien’s Lord of the Rings – and are coming back to the shire (or in their case, Yorkshire) to tell the epic tales of what they’ve seen. Better not mention the ring though, eh.

We can’t have a list of songs about going home without this classic John Denver track (“West Virginia, mountain mama, take me home”). Unsurprisingly, it’s a popular country karaoke song.