23 Best Songs about Gold that are Glitteringly Good 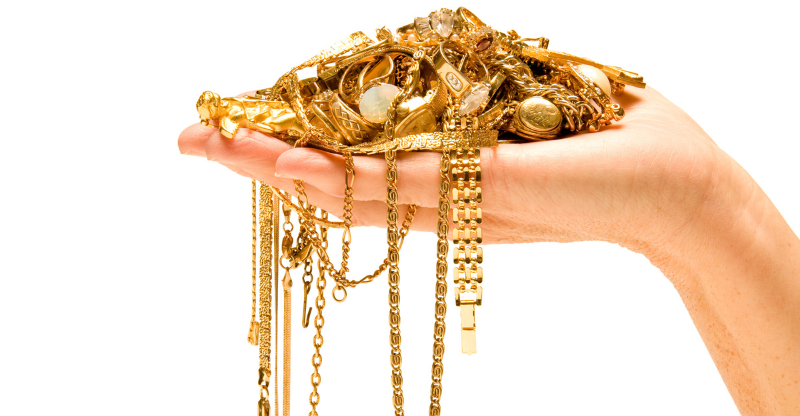 Gold has a mesmerizing and appealing quality that almost everyone responds to somehow. Musicians have captured this cultural fascination in various songs over the years. Here are some of the most popular songs about gold and exciting facts about each.

Gold on the Ceiling – The Black Keys

This song is about the illusions that material success creates. Three local girls were chosen to sing the track’s gospel harmonies. They shot the music video on worn VHS tapes with a nostalgic and cinematic flair for a rugged effect.

The Stranglers discuss different things and people that bring pleasure to the protagonist’s life. It’s unique in the punk rock genre with its Baroque-style harpsichord instrumentation. It hit Number Two on the UK Singles Chart, which is the highest that this band ever reached on that chart.

Kanye West discusses a woman who only wants to be with a man for his money in this track. It samples Ray Charles’ classic ‘I Got A Woman’ with lyrics that contrast West’s message. Jamie Foxx is featured as the first Oscar Award winner to appear in a Number One hit song on the US charts.

This song about finding a heart of gold was too sentimental for some critical listeners, but Neil Young’s fans loved it. It ended up being Young’s biggest hit. It features acoustic guitar rather than an electric guitar because Young suffered a back injury before recording that prevented him from playing electric.

Related: This track is often considered one of the world’s best songs.

This song could be about destructive habits or complicated feelings during a breakup. Stevie Nicks wrote the entire song and sang lead. Her relationship with band guitarist Lindsey Buckingham may have influenced the lyrics. The vocals took eight takes to record.

The theme for the James Bond film of the same name discusses a man named Goldfinger, James Bond’s mesmerizing but untrustworthy nemesis. It was inspired by the song ‘Mack The Knife,’ also a tribute to a fictional villain.

This song is all about taking risks for love’s sake. The word “golden” is sung by Harry Styles 37 times throughout the track. The music of Van Morrison partially inspired the romantic theme.

‘Gold Lion’ discusses a range of harmful activities and seeks a more profound sense of humanity and higher consciousness inside each person. The song appeared in instrumental form in a 2010 Apple iPad commercial and was also covered by The Accidentals in 2019.

This lullaby about going to sleep was one-half of the track ‘Golden Slumbers/Carry That Weight’ on The Beatles’ 1969 album Abbey Road. It was based on the poem ‘Cradle Song;’ Paul McCartney learned its words from sheet music but could not read the notes. He wrote an original melody as a result.

Sting sings of a fleeting joy that must be appreciated while it’s present. The singer bought a home near a barley field that inspired him to write this track. While it’s one of Sting’s most famous songs, it wasn’t a significant chart-topper, except in Canada, where it hit the Top Ten. It was popular internationally, even if it didn’t hit the top ten in most areas.

Related: Check out more songs that have a color in the title.

House of Gold – Twenty One Pilots

This song is about aging, caring for parents, and shattered dreams. It has a unique ukulele-led sound. Tyler Joseph wrote it for his mother as a pure act of love.

This track explores greed. It was based on the loop in James Brown’s ‘Funky Drummer’ and was released as the B-Side to ‘What The World Is Waiting For.’ However, it became so popular that it was switched to the A-Side with the second pressing to please audiences.

Spandau Ballet started this song as a spoof on ‘Goldfinger’ and other James Bond film songs. It ended up being one of their biggest hits in the United States and was also used for the BBC’s coverage of the Olympics in 1984, hosted in Los Angeles, California.

When My Blue Moon Turns to Gold Again – Elvis Presley

This piece looks forward to brighter times and peaceful life. Numerous artists have covered the track, including Elvis Presley during his last appearance on the Ed Sullivan show in 1967. Two cover versions made it to the charts, one by Cindy Walker and another by Cliffie Stone.

Everything You Touch is Gold – Gregory Porter

Gregory Porter explores the “gold” that a wonderful love interest can bring to one’s life. The bassline and Porter’s voice make it a unique and enjoyable piece.

David Bowie encourages someone—possibly a lover—to enjoy their golden years in this track. It was intended for Elvis Presley, who didn’t want to sing the track and passed away two years after being asked to take it. The backing vocals’ round effect was created with an RCA microphone.

Related: Find this song on our playlist of famous songs with whistling.

This track explores how memories can be tied to ever-changing geographical landmarks and places. It samples Yoko Ono’s ‘Mindtrain.’ Frontman Ben Gibbard wanted to use something by Ono to allow a broader audience to experience her music.

This Imagine Dragons song seems to caution against chasing all the gold, or fame and fortune. It’s based on the story of the Midas Touch. It also addresses lead singer Dan Reynolds’ battle with depression. ‘Gold’ has been featured in several promotional materials.

Gold All Over the Ground – Brad Paisley

Brad Paisley sings about making sacrifices for your significant other here. It was inspired by a lyric written by Johnny Cash for his wife, June Carter Cash. Sound bites of Johnny Cash talking about June are used at the beginning and end of the track.

‘Golden Ring’ follows a gold ring through its life and the life of the couple that owns it until it ends up in the same pawnshop the couple initially purchased it from. It was inspired by a drama about the life of a handgun and its various owners.

Dolly Parton tells listeners a story that demonstrates how the most important things in life can’t be bought. It charted in the United States and Canada after its release, hitting Number Seven in the latter.

Pentatonix sings of a timeless relationship here. This track appeared on their self-titled fourth studio album, released in 2015. It was performed live during the Pentatonix World Tour in 2016 and 2017.

Golden Days – Panic! At The Disco

This nostalgic song looks back at a “golden” age, even though Panic! At The Disco frontman, Brendon Urie wasn’t even 30 when it was written and released. It references the 1970s and icons and symbols of the decade.