19 Best Songs about Gratitude and Being Thankful 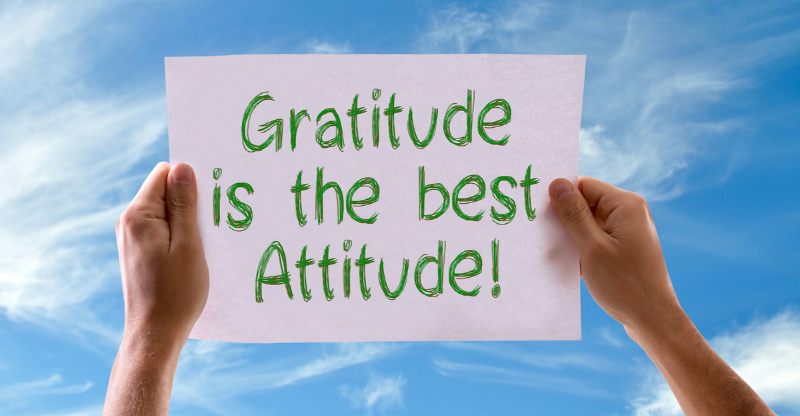 There’s a lot to be thankful for in life, whether it’s a lover, a friend, or the beautiful planet earth. If you’re feeling particularly grateful for everything you have, listen to this playlist with songs about gratitude and tell someone how grateful you are to have them!

Dido wrote this song after meeting her ex-boyfriend, who at the time was a big inspiration to her and made her days better. In the song, she says that his presence is enough to make it the best day ever, even when she has a terrible day. The song charted at number 3 in the UK and US, and Eminem sampled the first verse in ‘Stan.’

Related: Hear Eminem’s song on our playlist of songs about abandonment.

Dan + Shay were inspired to write this song for all their loved ones after they couldn’t tour or see their loved ones for over a year. The song is general enough that you could play it to a lover, friend, or family member. It’s a heartfelt song full of appreciation, and it made it to number 21 in the US.

After spending some time in India, Alanis Morissette could let go of the things that worried her and feel true bliss for the first time. She thanks India, terror, and disillusionment, among other things, because they were what she had to experience to find peace. The song charted at number 5 in the UK and 17 in the US.

Give Thanks And Praises – Bob Marley

Bob Marley sings praises and thanks to Jah in this song. He trusts that Jah will protect him through all the troubling times and that he won’t deceive anyone. This song was released posthumously a couple of years after he passed away.

The thankfulness in this song is sarcastic, as this song is venting about how many listeners typically lose the meaning of the songs Sly & the Family Stone released. Their songs had messages of racial equality and harmony, but many people picked up a shallow meaning from most songs. This song charted at number 1 in the US, and you can assume that most people missed the meaning of this one, too!

Thank You for Being a Friend – Andrew Gold

This song is a big thank you to someone, presumably a friend, who is always there for you whenever you need them. The song was popular when it came out in 1978, charting at number 25 in the US and 42 in the UK, but it became popular again in 1985 and beyond when Cynthia Fee covered it for The Golden Girls.

Thank U, Next – Ariana Grande

You might think that thanking your exes can only be done sarcastically, but Ariana Grande seems to be genuinely thankful in this song. She thanks each of her exes for teaching her important lessons that formed her into a self-loving, confident person who now puts herself first. She couldn’t have done that without her exes, so she thanked them! Being grateful did her good since this song charted at number 1 in the US and UK.

This song was the last one on Mariah Carey’s Rainbow album. Since most of the album is about relationship troubles, this song is supposed to be the rainbow after the storm. Carey sings about how she’s thankful she found her boyfriend, and she’d experience all of her troubles again if it meant she could feel this happy again. The song charted in the Top 10 in the US and UK.

This was Kelly Clarkson’s first single after being the first person to win on the TV show, American Idol. It’s a fitting song for her victory since it talks about how people wait their whole lives for a special moment. The song once held the record for the biggest jump in the charts, going from number 52 to 1. The Beatles previously held the record, and it was beat again by Maroon 5 in 2007.

Thank You for Loving Me – Bon Jovi

The inspiration for this song came from the film Meet Joe Black, and the title is a direct quote from Brad Pitt’s character. The narrator in the song is thankful for his lover and claims they were his eyes and the reason he could breathe at specific points in the relationship. It’s clear that the man is grateful this person is in his life. This song charted high in several countries and made it to the Top 10 in Belgium and Portugal.

(You Make Me Feel Like) A Natural Woman – Aretha Franklin

This is one of Aretha Franklin’s most popular songs that she’s known, but she didn’t write the lyrics. A woman didn’t even write the lyrics; Gerry Goffin wrote it. The song is about how a woman feels joyful and complete when her lover kisses her. The song isn’t clear about what feeling like a “natural woman” means, but it’s evident that joy and gratitude are two components.

Natalie Merchant wanted to create a simple song that everyone could relate to, so she wrote a song that thanked someone for being kind and generous. The song is truly universal in that you could sing it to anyone who has shown you kindness, and it would be totally appropriate to sing. The song did well in the charts, reaching number 18 in the US.

Although this song never says “thank you,” you can hear in his voice that Louis Armstrong feels grateful to live on a beautiful planet with pretty plants and beautiful babies. This is an excellent song to listen to if you need to take a minute to slow down and appreciate the simple things in life. Most of the world agreed since it made it to the Top 10 in several countries.

John Deacon, Queen’s bass player, wrote this song for his wife. It’s said that Deacon was so shy that he rarely spoke up when he had an idea for a song, but apparently, his wife was a big enough of an inspiration to go for it! The song has a joyful narrator who’s grateful for his girl and knows that she’ll always be by his side. The song made it to number 7 in the UK and 16 in the US.

Carrie Underwood takes a moment to appreciate small hometowns. They’re overlooked by society, and most kids dream of getting out of them one day, but once you grow up and feel lost in the world, coming back to your hometown can be a grounding experience that makes you feel loved and at home.

In My Life – The Beatles

This song was autobiographical for John Lennon since he wrote this song as he thought about people in his life and places in Liverpool. Lennon’s songs weren’t personal until a journalist asked him why after Lennon revealed so much about himself in his books. The first drafts of ‘In My Life’ listed specific places, but it was eventually changed to be more abstract.

Related: Songs about how to live your life.

To Love You More – Celine Dion

To Love You More’ was recorded for a Japanese TV show called Koibito yo, which translates to My Dear Lover. The song charted at number 1 in Japan and charted high in several other countries. The narrator in the song longs to be with the one they love and promises she’ll be there waiting for them when they come back.

Related: Love the 90s? Check out our list of best 90s love songs.

We Are Family – Sister Sledge

Sister Sledge was a group of four sisters who sang as a backup for many artists. This song was their biggest hit and charted in the Top 10 in the US and UK. The song is about how the sisters have good relationships with each other and can rely on each other for anything.

Wind Beneath My Wings – Bette Midler

Wind Beneath My Wings’ was first recorded in 1982 and had been recorded by several artists before Bette Midler released her version for the 1988 film Beaches. Midler’s version remains one of the most popular versions today, and it charted at number 1 in the US and number 5 in the UK. The singer thanks her lover for always encouraging her to be her best and lifting her up when she needs it.