23 Best Songs About Guilt and Hurting Someone You Care About 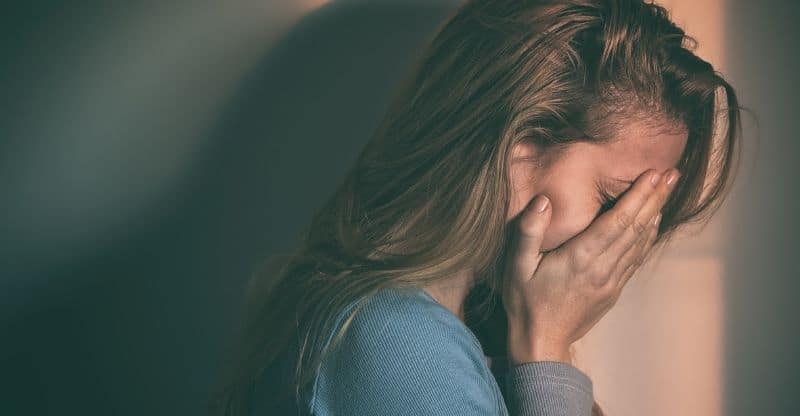 When we do something we know is wrong (for ethical, moral, or legal reasons), we feel guilt while we’re doing it. As a result, we get a ‘guilty conscience’ – or we should, at least. It depends if we’ve been raised to be decent, law-abiding individuals.

As you’re about to see, you can feel guilt about lots of things. Unkind words, actions or deeds that you wish you could take back. Perhaps you’ve abruptly broken up with someone, or worse still, cheated on someone, and feel terrrible for them.

In this article, we’re going to look at the best songs about guilt. You’ll end up learning some life lessons along the way too. Take heed! Guilt is something to be avoided at all costs.

Warning: some of these songs contain explicit lyrics

It’s coming on Christmas. It’s a time to be happy. But against this backdrop of festive cheer, she’s heartbroken. The thing is, she’s the architect of her sorrow. “I made my baby say goodbye,” she admits.

He tried hard to help her and was “so naughty made me weak at the knees”. But she pushed him away. Now, she just wants a river to skate away on.

It’s probably the best song about guilt on the list (and I don’t think any of her fellow songwriters would disagree!)

The brilliant Joni often touches on these ‘matters of the soul’ such as greed, hate, regret, etc. If you want more Joni, check out ‘Big Yellow Taxi’ on our songs about greed playlist and the brilliant ‘Amelia’ in songs about flying.

A joining of two entirely different acts here. Taylor Swift on one side, and revered indie band The National on the other. The result? I’ll let you decide.

Swift is sat on a bench in Coney Island, racked with guilt wondering where it all went wrong. “Where did my baby go?” she ponders.

The message of this song is that you don’t know what you have till it’s gone. The narrator learns the lesson the hard way. He let his girl go, then realized he made a terrible mistake. “You only know you love her when you let her go.”

For the music nerds out there, this is a curious song from a structural point of view. It goes straight into the chorus and skips the first verse. Try that technique next time you write a song.

If there are children present, here’s when you stick on some headphones.

This song has the glorious line we’ve all felt at one point or another (or quite often, in fact), “I really f–ked it up this time.”

His feeling of guilt is palpable: “But it was not your fault but mine.”

‘Somebody That I Used To Know’ – Gotye feat. Kimbra

The end of a relationship is often painful. Messy breakups even more so, often resulting in a feeling of guilt on both sides.

This song is about just that. Singer Wally De Backer told Rolling Stone Australia, “we hurt each other more than we needed to because it wasn’t a clean break.”

Taylor’s troubled early years as a singer-songwriter are well documented. He struggled with depression and alcohol dependency, but tragedy struck back home when he finally broke through.

While he was at Abbey Road Studios in the UK recording an album, childhood friend Suzanne took her own life. As a result, he carried a lot of guilt around about not being there for her.

We include this heart-wrenching song on our list of songs about fire.

If you’ve ever accidentally hurt a defenseless creature, you’ll know what this song is about.

Here, singer Rivers Cuomo catches a “lovely butterfly” and puts it in a jar, only to find in the morning, it’s “withered all away.”

The butterfly symbolizes a relationship that he left to perish. But he feels guilty about it, “I’m sorry for what I did,” he laments.

Despite his apparent, Young’s Achilles heel was learning to get along with people. He had a reputation for burning bridges being restless (which he’s acknowledged in songs like ‘One of These Days’).

But here’s the thing. While burning bridges and ruining relationships might lead to better art, but it also leads to guilt. And he had it in spades.

“I’ve shamed myself with lies,” he confesses, “my cruelty has punctured me.”

Ask anyone over the age of forty for a song about guilt, and I’ll bet you they come up with this one. Especially the “guilty feeling I’ve got no rhythm” line.

The narrator in the song is overcome with guilt about cheating on his partner. So much so, he can’t even dance. It’s a cautionary tale for us all. That said, the way some guys dance, it might be no bad thing!

Here, Dylan has properly goofed up.

He “once I had mountains in the palm of my hand,” but now he’s lonesome as can be and can’t get her off his mind.

He advises that “if you find someone who gives you all of her love,” you should hang on to it as tight as you can. You’ll “surely be a-hurtin'” if you don’t.

Here, rapper Jay Z is full of regrets about a breakup and can’t deal with what happened. It was all his fault, and he knows it.

He left her for “months on end” and never “checked back in.” Now she wants a divorce. Deep inside, he’s “so sick.”

Sting sang, “if you love somebody, set them free.” So that’s the idea of this song.

The narrator loves someone, but there’s no future together for reasons not explained in the song. Unless, of course, she left him, and he’s telling himself he has to ‘walk away’ from any thoughts of getting back together. I prefer that interpretation.

It also works as a song about mourning the loss of a loved one or a friend.

Here, Morrissey laments that “everybody has somebody” except him. Therefore he’s changing his plea to guilty, because “reason and freedom is a waste.”

Here’s a superb performance of the song by Mozzer, demonstrating his formidable skill as a vocalist.

Bob Marley used his fame and influence to shine a light on corruption and help bring about social change. He sings “these are the big fish / Who always try to eat down the small fish.”

The original version of ‘Guiltiness’ appeared on Marley’s Exodus album. Here’s a mash-up of the song with a slightly more upbeat groove and some great rapping, compliments of The Lost Boyz & Mr. Cheeks.

It comes from the superb Chant Down Babylon album of Marley mash-ups (featuring Guru, among others) which you should definitely check out.

‘Was I Right Or Wrong’ – Lynyrd Skynyrd

Of course, guilt can come in all shapes and sizes. Here, the narrator goes back home after he went to find fame and fortune “I left my home to show ’em they was wrong / And headed out on the road, singin’ my songs.”

The only slight fly in the ointment is both his parents have long since deceased, “all that I found was two tombstones.” There’s literally nothing left of his family.

Finally, he asks “somebody tell me, please, was I right or wrong?”

Here’s a song about trying to desperately run away from unhappy memories of a relationship that went awry.

In the song, every anniversary he goes over in his head how the relationship unraveled (she sends him ‘blue valentines’). He struggles to come to terms with what he did (we never find out), but laments “I can never wash the guilt, or get these bloodstains off my hands.”

In this curious song, Marianne Faithfull captures a feeling that many of us carry around but few ever articulate. That’s the feeling of guilt that follows us around.

Of course, some of us have made some bad decisions in life that mean you’ll never shake off the feeling of guilt (abandoning your kids, for example).

“Though I know I’ve done no wrong I feel guilt.”

Did you ever expect a morality tale in a rap song? Well, here you have one.

Eminem wants to do bad things, while Dr. Dre plays his good conscience and tries to talk him around. Then he catches his wife cheating, and, well, you’ll have to watch to see what happens.

It’s not always you who’s the guilty one in a relationship. Sometimes its your partner, like in this classic from Manchester band New Order.

“You once said to me, that I was a cruel man” Bernard Sumner sings. “I was blind, and I couldn’t see, you took my sight from me.”

We can’t talk about guilt without mentioning religion (singer Neil Tennant as raised a Catholic).

In this song, everything he does is a sin, from where he goes out to who he’s with. He even looks back at his life “with a sense of shame”, despite having done nothing wrong.

Here’s a love song by Barbra Streisand and the Bee Gee’s Barry Gibb about a love affair that’s “one in a million”.

They sing they have “nothing to be guilty of”, and that being lonely or sad “ought to be illegal”.

I think their respective spouses might have something to say about that!

Here, Paloma Faith admits she’s goofed up. She thought she “would be okay without you and I”, but now realizes it was “all just an awful lie”.

She’s also got a low opinion of herself: “I’m good at is messing up somebody else” which is reminscent of the late Amy Winehouse’s ‘You Know I’m No Good’.

We couldn’t have a playlist of guilt songs without Queen’s magnum opus, ‘Bohemian Rhapsody’.

It’s easy to think ‘yeah, yeah, I know that one,’ but it’s seriously worth a relisten. It’s a staggering piece of songwriting, performance, and studio craftsmanship. It’s also a pretty cool karaoke song if you’re feeling adventurous!