18 Songs about Happiness that Will Lift Your Spirits 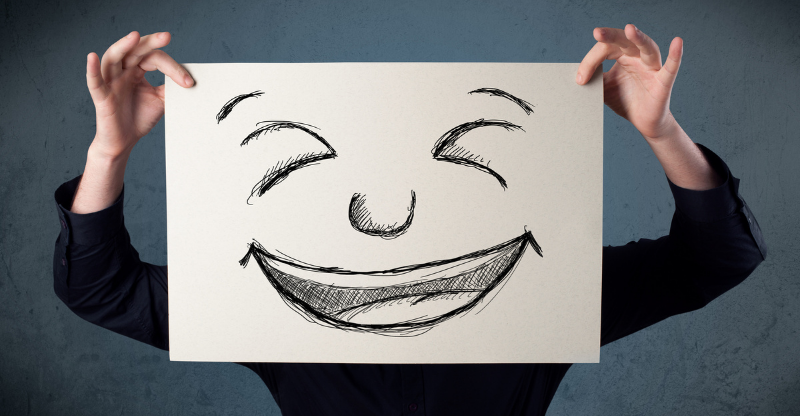 Clap your hands if you’re happy! If you can’t clap along, this playlist of songs about happiness will surely put you in a chipper mood by the time you’ve listened through all the songs. Whether you need to celebrate or convince yourself you’ll be okay, there’s a song here for you.

Pharrell Williams wrote, composed, and recorded this song for the 2013 film Despicable Me 2. It’s an upbeat tune that’s easy to participate with since Pharrell encourages you to clap with the rhythm. The song celebrates feeling happy and says that happiness can’t be taken away by anyone. This song spread the sunshine around since it ranked number 1 in several countries.

Related: Naturally, this features on our playlist of best feel good songs.

Even though this song didn’t chart high when it was released in 1977, it’s at least well-known today as a calming, optimistic song that encourages you to “chillax.” In the song, the chorus comes from birds on the window sill telling Bob Marley that everything will be okay, so he shouldn’t worry about it.

No list of happy songs is complete without this one. ‘Get Happy’ was written in 1930 in the style of a Christian revival meeting song, where religious leaders gather their churches and outsiders to increase church headcounts and converts. Judy Garland performed this song in the 1950 film Summer Stock, and she only agreed to take the role once she was promised she’d get to perform ‘Get Happy!’

George Harrison wrote this song after attending several business meetings, which The Beatles had to take on themselves after their manager passed away in 1967. George hated going to these meetings and felt that winter lasted too long in England. This optimistic song uses the arrival of spring as a metaphor that good times will soon follow after bad times in life.

Related: This Beatles’ classic is often voted one of the best songs to wake up to.

Walking on Sunshine – Katrina And The Waves

This song is about being so in love with someone that you just can’t contain your happiness anymore! The singer eagerly waits to hear from her lover and wants them to come back forever, so she doesn’t have to wait anymore. The song charted in the Top 10 in several countries when released and has been used in several movies since then.

A cappella songs don’t always make it to the charts, and this one was the first one to make it to the Billboard Hot 100 in the US in 1988. It charted in the Top 10 in several other countries, and most people have heard at least parts of this song today. The lyrics are pretty simple—they encourage you to stop worrying about things because doing so will only make your problems worse than they are.

Oh, Happy Day’ was the first gospel song to make it to the pop charts in 1968, where it charted at 2 and 4 in the UK and US, respectively. The song is based on the classic hymn ‘Oh Happy Day, That Fixed My Choice,’ written in 1755. The song celebrates Jesus Christ washing sins away and looks forward to going to heaven.

Related: Of course, this one appears on our list of old time gospel songs.

This song was written for the 2016 film Trolls. The song is about feeling so happy that you want to dance, and you can’t control how happy you feel. The song perfectly captures the sunny dispositions of the happy-go-lucky trolls in the film. This song made it to number 1 in the US and 2 in the UK and will probably make you want to get up and dance!

If you’re feeling stressed out and need some time away from your worries, this song will get you in the mood! It’s carefree and fun, perfect for dancing the night away with your friends while you step away from the desk. When it was released, this song made it to number 1 in the US and UK.

Related: This BEP banger is all about having a good time.

Bill Withers found inspiration for the lyrics for this song when working with Skip Scarborough, who composed the music. Bill once said that Skip was a joyful, kind man, and working with him gave Bill optimism, which showed itself in the song. ‘Lovely Day’ is about how you can wash away all your worries just by looking at them. Sounds a lot like Skip, wouldn’t you say?

Cyndi Lauper sings of how girls don’t want to settle down or go to work—they want to have fun! This peppy pop song will have you singing and dancing in no time and will put you in a good mood. Although it wasn’t Cyndi’s first song, it was the one that made her famous and set the tone for pop music for the rest of the decade.

Related: One of the classic female karaoke songs.

The singer in this song depends on spending money to be happy, which is why he sings that he needs a love. While it’s pretty evident in the lyrics that the love he needs is a lover, some might understand “a love” to be more abstract than a person. ‘Happy’ charted at number 22 in the US and was the first song with Keith Richards singing to make it to the charts.

I Got You (I Feel Good) – James Brown

It’s a good feeling when you hold your lover in your arms and feel joy, comfort, and a sense of belonging, and James Brown knew it, too! While this song makes you feel happy to be in love, the process of releasing this song wasn’t so good. There was a lawsuit involved that led to this song being rerecorded. Despite the problems, it became James Brown’s signature song that most people today have heard at least once.

I’m A Believer – The Monkees

It seems like the world fell in love with this song when it came out in 1966—it charted at number 1 in 13 countries! The happy song became popular again in the 2000s when Smash Mouth covered it for the movie Shrek. The song is about finding a woman so perfect that it makes you believe in love, even though you previously wrote off the idea that you’d ever find it.

Related: This is one of the classic love at first sight songs.

This calming song will give you a sense of happiness as you forget about your troubles. Corinne Bailey Rae begins this song with a reference to Bob Marley’s ‘Three Little Birds’ and encourages women with afro-textured hair to let their hair be free because they’re beautiful the way they are. This song ignited Corinne’s career and charted at number 2 in the UK and 64 in the US, and was rediscovered in 2020 when the singer Ritt Momney covered it.

The singer takes a moment to notice how good his life is at the moment and assumes that this life is good after all, even though there are occasionally problems you have to deal with. It’s a good reminder to stop and appreciate what you have when you’re feeling down about your situation. This song reached the Top 10 in several countries when it was released.

What a Wonderful World –  Louis Armstrong

Louis Armstrong takes time to appreciate the simple things in life in this song. He notices things like rainbows, babies, and plants, and you can hear him smiling in the song because of it. The song was released in 1967, although it sounds about 20 years older than that. It charted at number 1 in the UK and 32 in the US.

Related: This is rightly considered one of the best songs of all time.

Life is hard to get through sometimes, but according to Prince, you’ve got friends to help you get through it. The song has religious overtones since Prince sounds like a preacher at a funeral in the spoken part at the beginning, and he mentions the afterlife throughout the song. The song was in the Top 10 in the UK and US, and it stayed at number 1 in the US for 24 weeks.