24 Songs about Heaven That Mention the Pearly Gates 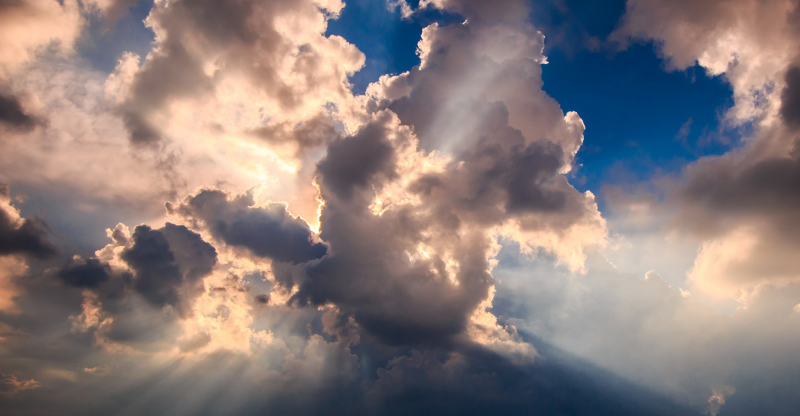 Some consider heaven a real place, while others use it to describe something that seems too good to be from this earth. On this playlist of songs about heaven, you’ll find artists referring to people, places, and love as their heaven. Maybe you’ll find that this is a heavenly playlist with fantastic music!

‘Stairway to Heaven’ became Led Zeppelin’s most famous song and is widely considered one of the most popular songs of all time. The meaning behind the lyrics is heavily debated, especially since there are rumors about backward messages and dark inspirations. Most people agree that the song opens up about a materialistic woman who takes but never gives, but the rest of the song isn’t as straightforward.

Everybody Wants to Go to Heaven – Kenny Chesney

Many people believe that you have to be good to go to heaven, but Kenny Chesney is having too much fun to be good! He tells the preacher that he gave extra money to the church and bribes him to tell God that he’ll make it to heaven someday, but it certainly won’t be anytime soon. This song charted at number 41 when it was released.

If Heaven Wasn’t So Far Away – Justin Moore

The narrator in this song takes some time to remember all of his loved ones he’s lost over the years and says he’d visit them if heaven were closer. Rhett Atkins first released this song, but it didn’t hit the charts until Justin Moore released it five years later, where it charted at number 49 in the US.

If you’ve ever been in love with someone, you probably know that love can be so good that it feels like heaven! Tom Waits sings about a love so good it’s like taking a trip up to the sky. He compares his lover to stars and tells them how much he loves and appreciates them.

This song pokes fun at people who give all their money to televangelists, who are people who preach at “mega-churches” and have their sermons aired on TV. Televangelists often preach that giving as much money as they can to the church will help them get to heaven, and often takes advantage of people who are hurting financially. While this song sounds like it’s encouraging you to give money, it’s actually satirical.

When I Get Where I’m Going – Brad Paisley ft. Dolly Parton

Brad Paisley dreams of what he’ll do in the afterlife once he dies. He imagines a happy place where he can ride on raindrops and pet lions and assures everyone on earth that they shouldn’t feel sad because he’ll be happy once he’s gone. This song features Dolly Parton and charted at number 39 in the US.

Eric Clapton wrote this song for his son, who passed away when he was four. The questions in the song are directed to his son. Eric wonders whether his son would recognize him if they got to see each other in heaven. This song was included in the 1991 film Rush, and it charted in the Top 10 in the US and UK.

Related: Find comfort with this playlist of songs about grief.

Sometimes the thing you wanted doesn’t leave you feeling happy like you thought it would, and that’s what The Smiths sing about in this song. The job the narrator wanted left him miserable, as did the alcohol. He wonders why he allows himself to be in situations that leave him feeling worse than before. This song was released in 1984 and charted at number 10 in the UK.

Heaven is a Place on Earth – Belinda Carlisle

According to Belinda Carlisle, heaven is wherever you are with your love. This upbeat pop song is about how love can be so good that it seems heavenly, and nothing else could ever compare to it. The song charted at number 1 in the US and UK when it was released.

Grab a tissue because Dolly Parton will bring you to tears with this one. She tells a story of a little girl who asked her grandfather to write a letter to her mother up in heaven. As she crossed the street to mail the letter, she was hit by a vehicle and joined her mother up in heaven, having her prayer answered.

The singer in this song isn’t sure how heaven could be any better than when he’s lying beside his partner. He’s pretty sure she’s an angel sent by God, so heaven would at least be as good as this! The song charted at number 15 in the US when it was released.

You’ll see this song on most lists of fun songs to sing. Guns N’ Roses released this cover on their album Use Your Illusion II and played it at Freddie Mercury’s tribute concert the following year in 1992. Bob Dylan wrote and performed the song, and it was used in the 1973 film Pat Garrett and Billy the Kid. The narrator in the song is a dying sheriff.

Julia Michaels sings of how “bad boys” reel you in by delivering heaven to you here on earth, and even though the relationship didn’t last, she would still want to go back. These bad boys might not get to heaven, but they could give it to her! The song was included on the soundtrack of the 2018 film Fifty Shades Freed.

Locked Out of Heaven – Bruno Mars

Bruno Mars uses many religious metaphors to describe what his relationship is like. Spending the night with his lover is like being a sinner who’s “born again” after experiencing paradise in the bedroom. When he can’t spend the night with her, it feels like he’s locked outside of the pearly gates. This song was released in 2012 and charted at number 1 in the US and number 2 in the UK.

This song describes the complicated and sometimes impossible situations soldiers are forced into when they go to war. They’re told they’re doing something good for their country, but they have to do horrible things from an average citizen’s point of view. The ‘Wrong Side of Heaven’ the song talks about is a difficult situation where people have to do bad things for what’s supposed to be a good ending.

This song starts with a man and woman spending a night together. The woman declares her love to him, and they have a good time dancing and kissing, but then the man wakes up and realizes it was all a dream. Was it a memory or a dream? It’s unclear, so the listener gets to decide what happened.

Related: Check out more romantic songs for him.

Keyshia Cole sings that she wants to be somebody’s one and only who they think is a gift from heaven. She says she feels like she loses a part of herself when this lover leaves her because she feels like heaven sent them. This song charted at number 28 when it was released in 2008.

I Want to Stroll Over Heaven With You – Alan Jackson

Carl L. Trivette wrote this song in 1952. He wrote the song for his wife as a way to tell her that he wanted to be with her forever, even in eternity. Alan Jackson covered this song in 2006 and included it on the first gospel album he released.

If heaven had a telephone to talk to relatives, Kelly Ray would talk to his father and grandparents. He questions if the “angel operator” would charge by the minute but concludes toward the end of the song that God wouldn’t charge to talk to loved ones if there were actually a phone up there.

In this song, Willie Nelson sings of his old age and jokingly says that he’s still on earth because hell is full and ‘Heaven Is Closed.’ He also questions where we go when we die and ponders if maybe heaven and hell are the same and that maybe they aren’t so different than what’s experienced here on earth.

In My Heaven – Blake Shelton

Blake Shelton describes what his perfect vision of heaven would be like if it were up to him. He wouldn’t need a lawyer, there wouldn’t be peer pressure, and he could sing as well as Elvis. He says that he isn’t telling God what heaven should be like—this is all hypothetical, of course!

How Beautiful Heaven Must Be – George Jones

This song will have you dreaming of a peaceful afterlife where heaven is beautiful and peaceful. George Jones imagines it as a place where people can rest after living a long life on earth, and angels will be singing with harps by an ocean.

This song is about letting go of your worries and dancing the night away in a ‘Disco Heaven.’ The lyrics don’t dive too deep; they’re primarily about dancing and having a good time with the lights turned down and the music turned up. This song wasn’t released as a single, so it never hit the charts. The song was only included as a bonus track in the iTunes Store.

Inside Your Heaven – Carrie Underwood

Carrie Underwood sings that she wants to be her lover’s heaven when they have a hard time. She wants to be the storm shelter that will keep them safe and soothe them when they’re worried. This song charted at number 1 in the US when it was released in 2005.