Warm Up with These 16 Songs about Hell 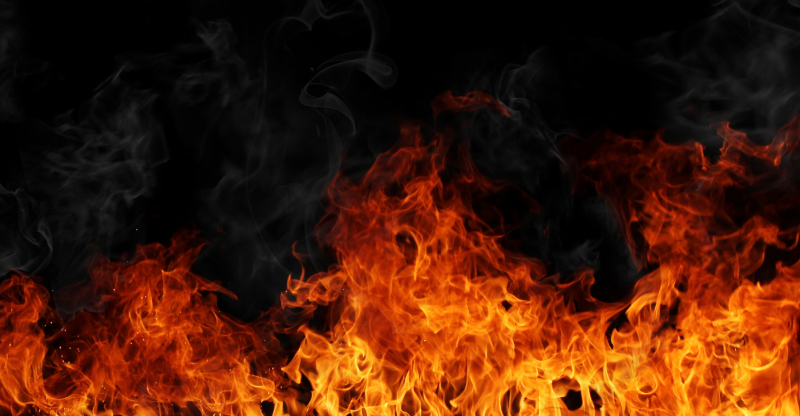 Whether writing about the subject of hell as a literal place or a metaphorical one, the spiritual realm encompassing both heaven and hell has always been a popular subject for songwriters to explore.

In Hell I’ll Be in Good Company – The Dead South

This fan favorite went viral after its release in 2014. The alternative bluegrass band uses whistles and finger snaps for distinctive sounds with ‘In Hell I’ll Be in Good Company’ as they tell a story about love gone wrong. For their writing process, band members wanted to drive home the tragic ending of a toxic relationship using the simplest language possible. Their moody video featuring the group dressed in three-piece suits helped the song spread like wildfire among indie country music communities.

All the Good Girls Go to Hell – Billie Eilish

On the first listen, Billie Eilish’s song ‘All the Good Girls Go to Hell,’ written with her producer-brother Finneas, seems to be a commentary on the relationship between God and the devil and their talking to each other about man’s mistakes. But when the duo wrote the tune, they had wildfires in mind due to experiencing several close calls right in their backyards. Their intimate experience with natural disasters gave them a fire-and-brimstone approach to some of their writing, including this dark track.

Related: This song features on our playlist of the best songs with girls in the title.

The Canning Highway in Australia has earned the nickname “Highway to Hell” over the years due to the high number of fatalities associated with the long, steep trek. Due to a lack of traffic lights and speed limit signs in the ’70s, drivers often zoomed over a large hill that took motorists down to the area’s only drinking hole. Traveling band AC/DC, who often had to traverse the dangerous highway to get to gigs, wrote ‘Highway to Hell’ in honor of the arduous stretch of road.

Related: See more songs with spooky vibes on our playlist of songs for Halloween.

Sympathy for the Devil – The Rolling Stones

In the late ’60s, The Rolling Stones continued to release material that set them apart from the “good boy” image so many bands adopted during this time. After being gifted the book The Master and Margarita (by Russian writer Mikhail Bulgakov), Mick Jagger became so inspired by the fantastical story he wrote ‘Sympathy for the Devil’ in its honor. Commonly licensed over the years for countless movies and TV shows, the raucous song explores humanity’s dark underbelly.

Related: This song has one of the best guitar solos.

“I don’t wanna go to heaven without raising hell.” Kesha penned another fun party track with her tune ‘Raising Hell.’ The festive anthem pays homage to risk-takers who are good people but don’t mind getting into a little trouble every now and then. She creates a duality with her lyrics, often referencing church terminology while filling listeners in on her secretly naughty side.

Related: Get your heart pumping with some good gym music.

Bass player Dusty Hill gave frontman Billy Gibbons a break with the ZZ Top tune ‘Beer Drinkers and Hell Raisers’ by taking over lead vocal duty. The southern rock-inspired track is heavily autobiographical. The ’73 tune featured on their iconic album Tres Ombres tells the real-life story of them taking shelter from a storm in a rural Texas bar and finding a party crowd inside ready to get down.

Related: Have a great night with our playlist of drinking songs.

One of Black Sabbath’s most enduring tracks, ‘Heaven and Hell,’ was an early fan favorite for the band. While writing the tune, they focused on the push and pull all humans experience between good and evil. The song’s title took the shape of a metaphor, with lead vocalist Ronnie James Dio using the term to represent the good and bad within individuals.

Related: Check out the best songs with heaven in the title.

Nashville country star Rodney Atkins scored his first number-one hit with his debut single ‘If You’re Going Through Hell (Before the Devil even knows).’ The empowering song drives home the virtue of perseverance while facing adversity. Written by songwriters Annie and Sam Tate, when Atkins heard it for the first time, he immediately connected with it due to facing a lot of childhood uncertainty while being adopted and dealing with medical issues.

James Brown poignantly describes life’s many troubles with ‘Hell,’ the title track on his 1974 album. The track takes a more literal approach when it comes to the soul pioneer’s view of what hell is like. Instead of an underworld full of fire, his version is right here on earth and can be found when you’re trying to “pay taxes when there’s no money left” or “when you don’t have a job, and you’ve got to steal.”

Related: Here are the best songs about money problems.

The rock band turns into a knight in shining armor archetype with this lesser-known tune. The romantic number by Kiss features lyrics heavy with emotion, as the song’s protagonist tells his partner he’ll “fight hell” to keep her by his side. Much like James Brown’s ‘Hell,’ the ’80s group also takes a literal approach, citing their concept of “hell” as “the jealous and the lonely,” who try to keep them apart.

Appearing on their infamous The Wall album, Pink Floyd infuses history within ‘Run Like Hell’ to drive home a terrifying tale. Underneath lyrics like “with your nerves in tatters” and “the hammers batter down your door,” the band tells listeners, “You’d better run.” The intensity behind the song, uniquely set to a surprising disco-style beat, draws on the events of “Kristallnacht” in Germany in the late 1930s when Hitler’s regime raided Jewish homes and businesses and destroyed their livelihoods.

Related: These songs with a steady beat are perfect for when you go running.

This empowering anthem took a few years to gain traction, but after a high-energy performance by Lizzo at the Video Music Awards, her track ‘Good as Hell’ climbed to number three on the charts. The song is about loving yourself and knowing your worth to create the life you deserve.

Related: You won’t want to miss these great pop songs.

Gives You Hell – The All-American Rejects

Revenge is at the core of The All-American Rejects’ number-one hit ‘Gives You Hell.’ Bandmates Tyson Ritter and Nick Wheeler wrote the pop-rock track and recorded it at the famed Skywalker Ranch Studio in California. The group wasn’t prepared for the success of the tune. After its release, they suddenly found themselves in the throes of Hollywood. Wheeler and Ritter would take a few years to regain their footing before moving on to their next album, Kids in the Street.

The debut single for country supergroup The Pistol Annies turned out to be their highest charting single to date. Country musicians Miranda Lambert, Ashley Monroe, and Angaleena Presley deliver crisp three-part harmonies over swampy instrumentation while they take on the role of three different fast-moving female characters who can easily charm men out of their riches.

Outlaw country singer-songwriter Hank Williams, Jr. is known for his extensive list of chart-topping party songs. For ‘Whiskey Bent and Hell Bound,’ his hit single centered around his hard-partying ways; it only took him a few minutes to write the track. Inspiration came during a hang-out session with The Allman Brothers. Guitarist Dickey Betts asked Williams about his songwriting process, and when the country star began answering him, he realized he had the makings of a possible hit song.

Bat Out of Hell – Meat Loaf

Composer Jim Steinman wrote this UK hit and many other Meat Loaf tracks. The dark tune revolves around a tragic motorcycle wreck told with vivid imagery. The song’s title comes from the chorus’s hook, which finds the victim of the crash witnessing his heart “flying away, like a bat out of hell.”

Related: Go wild with our list of animal songs.