Drift Away with These 28 Songs about Islands 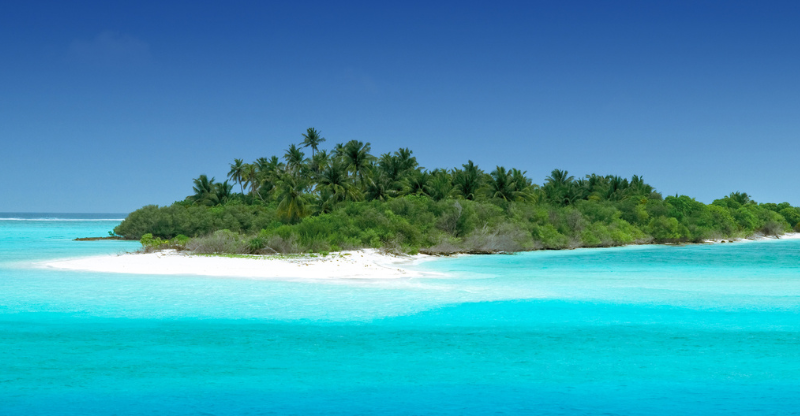 Just about everyone has dreamed about escaping to an island at some point in life. It’s also common to wonder what would happen if you got stranded on an island.

These common daydreams and more have inspired many songwriters, so here are some of the best songs about islands to fuel your dreams.

Islands in the Stream – Dolly Parton and Kenny Rogers

This romantic duet between country singers Kenny Rogers and Dolly Parton was written by the Bee Gees. It was named after an Ernest Hemingway novel and finds the two celebrated country singers relying on each other’s love and loyalty in an otherwise lonely island-esque world.

Related: This song features on our playlist of karaoke duet songs.

Island in the Sun – Weezer

Here’s one of Weezer’s softer and most widely loved tracks. The hopeful lyrics find a narrator hoping to run off with a romantic partner to a sunny island paradise. This chill and romantic track were one of the last songs that Mikey Welsh worked on before leaving the band.

Related: Pack your bags and head over to our vacation themed songs playlist.

Benee compares two people on the verge of a split to an island and its related aspects here. It was actually inspired by an argument that Benee had with her guitarist, Tia. The song could apply to any close relationship prone to conflicts that could end the connection.

Island in the Sun – Harry Belafonte

Harry Belafonte sings of his wonderful homeland and the pride he feels for it here: “This is my island in the sun where my people have toiled since time begun.” He hopes he never has to give up living on this island and wants to live there forever; it seems to make him feel immortal to some extent.

This duet finds its protagonists realizing that they are both lonely “islands” in the world. However, they can come together and be a little less lonely while maintaining their independence if they work to complement one another. They were lost without one another, but now they have support to help them get through life a little easier.

Related: Here are some good songs to listen to when you feel alone.

The narrator here asks a love interest to escape with him to a romantic paradise. That way, they can live a simple, private life away from distractions and focus on their love for one another. Who hasn’t felt that way about a wonderful romance at some point in their life?

Related: Where would you make your getaway to? Check out the best songs about escaping reality.

This is based on the movie The Island of Lost Souls. The lyrics here are about a similar story, where a woman is waiting for her husband, who is stranded on an island, and goes to find him. The husband meets another woman on the island; the song could also be about her.

The narrator moved to a city six years ago but still doesn’t feel at home. He misses his island home and still feels like he belongs there. He wonders if he will ever feel happy where he is and intends to move back to the island one day.

Related: If you’re far from home, listen to the best songs about being homesick.

This song has Jamaican influences and refers to Bob Marley. It’s about relaxing during an island vacation, sipping drinks, and staying away from the fast-paced nature of regular life. The narrator invites you to join him: “If you are looking for relaxation, get away, get away with me.”

The narrator here reels after losing a relationship with the woman he loves who was his main source of happiness. He now feels lost, alone, and despaired because she is gone. He has been without her for a long time but still yearns for those happier, simpler days when he was younger.

This song is about obtaining all the things one wants and enjoying an excessive lifestyle with an on-again, off-again partner. The narrator is addicted to this partner’s love, even though it makes him angry and hurts him. He also can’t trust his friends, according to the lyrics.

Elton John sings of a man who wants to save a woman from an island from the cruelties of a white man’s world in this track. The man’s wishes are less-than-selfless, and this woman needs to be wary of the questionable decisions she’s making in life. The song stayed at the top of the US Billboard Hot 100 chat for three weeks and was certified Gold in both Canada and the United States.

No Man is an Island – NOËP

Listeners are introduced to an extreme environmentalist and his view of the world in this sophisticated piece. The song reminds all who hear it that we need to work together to change the world, as one person alone can’t fix everything. Many of the song’s percussion sounds were actually created on the piano for a more stripped-down feel.

Related: Nothing stays the same forever. Here are some songs about changes in life.

Jay Ferguson sings of happy times in paradise with his lover here. They enjoy the sunny and stormy days, holding each other close no matter what the weather is like. Their memories and time spent together seem to be more important to Ferguson as the days go by.

Related: Enjoy the good vibes in our list of the best happy life songs.

Bow Anderson makes it clear that she doesn’t need the ex who broke up with her on this track. She has learned to be happy on her own and will live a full and independent life without him. She realizes her own worth and that the guy has lost more than she has.

Related: Know your worth and listen to our respect songs playlist.

This track criticizes modern media, from Auto-Tuned songs to the manipulation of the truth that the media is often known for. The song also looks at “stans” of celebrities and cults and explores the blurred lines between the two types of groups and the racial issues related to them.

On the Island – Brian Wilson

This song finds its narrator telling listeners about a planned summer vacation that ended with the protagonists stranded on an island. The narrator says he will be fine there, living a simple life without all the modern material possessions that often complicate our lives.

Elvis Presley sings the praises of a Hawaiian island called Kauai here. He sings of its peace and calls it an “island of love.” The Hawaiian word for love is lani, so it seems Presley is talking of the island’s wonderful peaceful nature in a more metaphorical sense here.

Our protagonist here apologizes for hurting someone after saving them from a bad situation. She promises it won’t happen again and acknowledges her own faults. She hopes this other party won’t abandon her and will give her another chance to be respectful as the two parties are approaching a precipice in their relationship.

‘Island style’ celebrates Hawaiian cultures and traditions. It finds John Cruz talking about his mother’s cooking on the island as well as the natural beauty of Hawaii. It seems that everyone eats, drinks, and sings every day in a carefree manner.

To the Island – Crowded House

Here, a male narrator tells his love interest that she has saved him from his flaws and his confusion. She loves him even though he has problems. Now, he wants her to go away with him so they can enjoy one another’s company in romantic peace.

The lovestruck man who serves as this song’s main character compares the woman he loves to the Lady of the Lake, a mythical woman from Arthurian legends known for her beauty. He is infatuated with this woman like Merlin was with the mythical Lady of legend.

Related: Could it be true!? Find out when you hear these songs about myths.

Islands on the Coast – Band of Horses

Here’s a piece from Band of Horses that is somewhat abstract. However, it seems to explore the feelings that occur when something bad happens that make us feel displaced and lonely. It reflects how unaware we are of our change of fate before it occurs.

N.O.R.E. sings of the infamous Rikers Island here and the questionable acts that can get one sent there. The song also criticizes Correctional Officers and paints them as corrupt authority figures who exploit criminals’ weaknesses as they try to rejoin society. The song was released on N.O.R.E.’s self-titled album.

‘Rock Island Line’ was originally recorded by Leadbelly in 1936. It’s a song that is very focused on its music and talks of the Rock Island Line in the New Orleans area. The song launched the Skiffle music craze that influenced many celebrated musicians, including John Lennon, whose first group, The Quarrymen, performed Skiffle songs.

Shaggy laments losing a woman to another man here. He didn’t realize what he had until she left him. Now, she has found a lover who lives on an island and gives her the attention she lacked with Shaggy. He describes the Jamaican man she loves in detail.

All We Need is an Island – Sammy Hagar

‘All We Need is an Island’ according to this song. Whether the “we” refers to everyone or someone that Sammy Hagar knows is unclear, but it seems that Hagar thinks the peace and relaxation that getting away to an island can bring might help solve some of the problems in life.

This song explores what some young people got up to when their parents traveled to the popular Fire Island as a summer destination. It also finds its narrator and his brother asking their parents to let them stay home alone while they vacation, as they have behaved well in the past and are growing up. In reality, they seem to want a chance to let loose without their parents around.