20 Best Songs about Kindness and Empathy 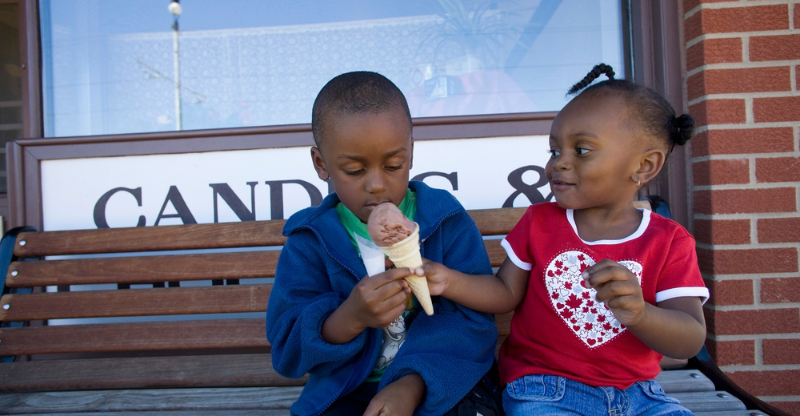 Music is magical in that it can encourage one to be more empathetic and loving toward others. Songs written specifically about a simple act of kindness are potent in inspiring goodness in their listeners. Here are some of the most famous songs about kindness and interesting facts about each.

Halsey is featured in this Marshmello song about navigating mistrust in a romantic relationship. The song reminds jaded, emotionally guarded people to open their hearts to kindness while suggesting that their loves see the goodness in them and be patient with their emotional scars.

This international country hit from 1969 encourages listeners to help others and let their light shine as an example to the world since a little kindness can go a long way. At least ten other notable artists have covered it since its release.

I Know It’s Over – The Smiths

The Smiths have a somewhat somber track with this piece, presenting a dying man reflecting on his life with regret. It demonstrates how being kind can be one of the hardest, bravest acts of one’s life and how you may regret your past actions if you don’t live with kindness at the forefront of all that you do.

Be Kind To Yourself – Andrew Peterson

Sometimes, it’s hard to be as kind to yourself as you are to others. This song encourages people to forgive themselves for their imperfections and show love and patience. It also encourages universal kindness and forgiving one’s enemies.

Before this song was released, Harry Styles used the acronym “TPWK,” Treat People With Kindness, on tour. It’s about hoping to find a place of peace and forgiveness to inspire kindness in the world.

In this track, Tim McGraw teaches his three children important life lessons, with one of the most important themes throughout being that they should always stay kind and humble in their dealings with other people. It was written by Lori McKenna but felt quite personal to McGraw, who had emotional responses while recording due to his daughter going off to college.

Count on Me – Bruno Mars

Bruno Mars focuses on kindness between friends and sings as a friend who can be counted on in this track. It was an international hit from Mars’ first album, Doo-Wops & Hooligans. Since its release, it has been featured in two prominent features and was covered by child singer Connie Talbot in Britain for her album Beautiful World.

Tenille Townes encourages listeners to use kind words and see the humanity in others and empathize with them, no matter what their lives may look like on the outside. It was Townes’ first single with Columbia Nashville as her record label. The track won three awards at the Canadian Country Music Association Awards in 2019.

The Bluegrass sound of this track was inspired by the film O Brother, Where Art Thou? It’s been featured in several television commercials since its release. It encourages people to treat one another like family and be there for people in their most challenging times.

This track plays on the phrase “random act of senseless violence” by suggesting that the solution to angry behavior is to act with kindness in the most unexpected ways. It encourages listeners not to give up on goodness and to use their despair at injustice as fuel to act in merciful ways.

At Your Side – The Corrs

Irish family act The Corrs wrote and sang this song for their 1999 album The Corrs Unplugged. It’s all about being at someone’s side during their time of need, even when it seems impossible to handle the hardships ahead.

‘Carry You’ is a single about being there for one’s loved ones when you’re experiencing shared challenges. It was also written as a tribute to Union J’s fans for staying loyal through the group’s ups and downs. British hitmaker Steve Mac wrote and produced the track.

Art Garfunkel sings of comforting someone you care about during a dark period here. Though he didn’t sing on the recorded track, Paul Simon wrote this piece and often sang it at his solo shows. Ernie Freeman provided the impressive string section.

Lean on Me – Bill Withers

Bill Withers wanted to write a song about kindness since it seemed like everyone else chose to write about violence. He sings about how he’ll help someone through all of their problems however he can.

You’ve Got a Friend – Carole King

Carole King assures one or more friends that she will be there for them whenever they need her in this track. King’s version was never a hit, but James Taylor’s cover was. His version granted him and King Grammy Awards after its release. Other famous artists have covered it since then, including Barbra Streisand and Michael Jackson.

Natalie Merchant thanks someone kind for their goodness and generosity in this piece. It is one of Merchant’s most straightforward songs lyrically. The chorus is interesting because it doesn’t consist of any actual words.

This song from Andrew Witt’s 2009 album It’ll Be Alright encourages listeners to change the world, even if they can only do a single act of kindness. It also promotes having faith and hope in the face of pain and suffering among the vulnerable in the world.

Mariah Carey explores kindness in the form of unconditional love from God in this piece. She wrote it from the perspective of God telling someone that he’s there for them during times of uncertainty. Carey was experiencing some hardships when the song was recorded, inspiring the lyrics and solidifying her faith in God.

You Showed Me Kindness – Bob Nordquist

Bob Nordquist thanks his friends and family for supporting him during his surgery recovery in this track. Nordquist released it as a single in 1999.

This song seems to wish loving-kindness for all beings, with Ashana highlighting how humanity holds the gift of peace. It was released on the album All is Forgiven in 2006.