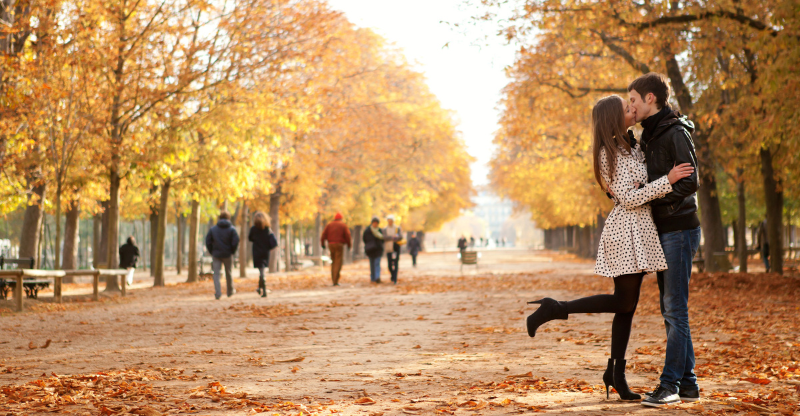 Kissing, particularly in its romantic form, has been a subject of fascination among the world’s romantics for many years. With its many love-based themes, it’s no surprise that a large portion of popular music has focused on kissing songs over the past decades. Keep reading to learn of some of the most well-known songs about kissing.

Then He Kissed Me – The Crystals

This song about being kissed by a love interest after dancing together was The Crystals’ last Top 40 hit in the United States. The Beach Boys’ version, ‘Then I Kissed Her,’ hit Number Four in the UK in 1965.

Faith Hill captures the magical feeling when someone special kisses you in this hit. It seems to be inspired by her first kiss with her husband, Tim McGraw. This was her first Top Ten hit on the Hot 100 and Adult Contemporary charts in the US.

Let Me Kiss You – Morrissey

Morrissey and Alain Whyte wrote this track, which has been recorded by Morrissey and Nancy Sinatra. The protagonist asks someone to kiss them in a somewhat desperate way. It was an international hit after its release.

I Kissed a Girl – Katy Perry

Many popular pop songs are about kissing, and this is one of them. Katy Perry paints the picture of a woman who has her first kiss with a woman, enjoys it, and then moves on with her life and stays with her boyfriend. It was one of the singer’s first moves away from her Christian music background.

Kiss Me – Sixpence None The Richer

This kissing song got a great deal of attention when it appeared on the television series Dawson’s Creek in 1998. The protagonist asks their love interest for a kiss and a romantic experience.

(’till) I Kissed You – The Everly Brothers

Here’s a track that demonstrates how one kiss can change a life and bring sheer joy. The song’s writer, Don Everly, was inspired to write it after a passionate experience he had in Australia.

Kiss and Say Goodbye – The Manhattans

In this song, the protagonist asks a woman to let them part peacefully and remember him leaving. It was The Manhattans’ biggest hit—it charted in the US for two weeks straight.

The Shoop Shoop Song (It’s in His Kiss) – Cher

This classic, originally performed by Betty Everett, tells listeners that you can only know how a guy feels about you by evaluating his kiss. Cher covered it in 1999 and hit Number 33 on the US charts.

Kiss You – One Direction

One Direction encourages the pursuit of a passionate moment rather than being cautious in this track. Its live band feel was intentional, with the band wanting a new sound for the album the track appears on.

Shut Up and Kiss Me – Mary Chapin Carpenter

This piece celebrates having a loving relationship after a long time spent alone. Mary Chapin Carpenter won a Grammy Award in 1995 with this song, taking home the honors for Best Female Country Vocal Performance.

Charley Pride advises on a happy marriage in this track, the artist’s first Hot 100 hit. It was his 8th Number One hit on the Country chart.

Dua Lipa tells listeners that one quick kiss leads people to fall in love with her with this Calvin Harris piece, which pays homage to 90s house music. It’s one of several Dua Lipa pop music collaborations that found commercial success.

When You Kiss Me – Shania Twain

It can be exciting to discover that you’re in love. This song explores that feeling of sharing first kisses with a new lover. It was written with Shania Twain’s husband at the time and was a minor hit in several countries.

Could I Have This Kiss Forever – Whitney Houston

This duet between Whitney Houston and Enrique Iglesias was released on Iglesias’ album Enrique in 1999. It’s about not wanting a night to end and hoping to stay with someone in romantic bliss to kiss forever.

Here’s a track with a sweet sound but somewhat harsh lyrics. The love-struck narrator plans to follow a love interest around whether she likes it or not. It was one of Ben Harper’s most popular songs after its release.

The Vaselines originally performed this song. It refers to Molly Weir, a Scottish actress whom the band decided to pay homage in a song about kissing her. Nirvana covered it in 1992.

Pink’s powerful breakup anthem about love lost plays with words by using innuendo and encourages listeners to give up on any relationship causing too much pain. It was her first release and reentry to the industry after giving birth to her daughter Willow in 2010.

Related: Listen to our playlist of Pink songs.

Toby Keith has said that this song is about a five-second kiss described for three and a half minutes. It’s also about connecting with someone that everyone thinks is a great fit for you.

This song shows how uncertain people can be about love after facing heartbreak. Its jazzy sound departed from the typically poppy beats that audiences had come to expect from George Michael at the time.