Try Your Luck with These 22 Songs about Las Vegas 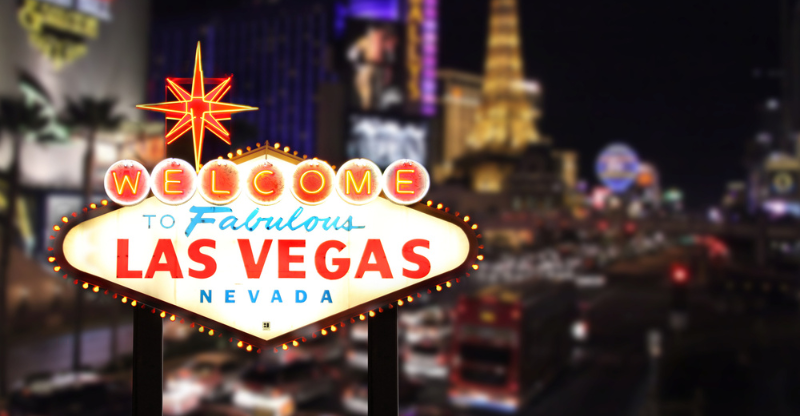 Nicknamed “the city of sin,” the desert town was introduced to the masses with Elvis Presley’s ’60s hit ‘Viva Las Vegas.’ Since then, it’s become the subject matter of many songs. Its close proximity to Los Angeles attracts artists seeking fame and fortune. Once there, they realize there’s much more to Vegas than glitz and glamour.

For the best songs about Las Vegas, check out our playlist below.

The King of Rock and Roll once again found himself in the recording studio singing another soundtrack single. This time for Viva Las Vegas, a 1960s film he starred in. Quite possibly the most well-known song associated with Sin City, Elvis Presley’s anthem translates to “long live Las Vegas” and is a tribute to its bright lights and bustling culture.

Related: This song features on our list of the best songs with city names.

Waking Up in Vegas – Katy Perry

The pop star gets herself into a little trouble with her festive ‘Waking Up in Vegas’ single. Katy Perry is known for spicing things up, and she wastes no time in her song, dressing up like longtime Vegas champion Elvis Presley and getting hitched. The number-one hit was inspired by a real-life road trip she took with her friends several years before the song’s release.

Related: Whether you’re waking up in Vegas or at home, you’ll enjoy these classic wake up songs.

Vegas Lights – Panic! At The Disco

Lead singer and Panic! At The Disco founder Brendon Urie stays true to the band’s name and sings about dancing the night away in a Vegas club with ‘Vegas Lights.’ The tune was a personal one for him, with quite a few lyrics written after the musician’s real-life experiences while spending time in the city. He wanted the track to capture the freeing feeling one has while partying in Vegas.

Related: Bust a move with the best dancing songs.

Married in Vegas – The Vamps

Drunken “I dos” are one of Las Vegas’ trademark eccentricities. Elvis-themed wedding chapels dot the Vegas strip, waiting for couples filled with liquid courage to come in and make their love official. The Vamps tackle this Sin City staple with ‘Married in Vegas,’ a track about living in the moment and embracing excitement. In true millennial fashion, the band wrote the track between video game sessions while having a few beers.

Related: Celebrate your wedding with these songs about love and marriage.

British singer-songwriter Conor Maynard takes Vegas party culture worldwide with ‘Vegas Girl.’ The fun single’s message is this: if you can’t go to Vegas, bring Vegas to you! This was true for the young musician, who was only 19 at the time of the song’s recording. He originally wanted to go to Vegas to shoot the music video, but when he realized he was too young to do anything there, he embraced the message of the song and featured a “Vegas girl” in New York, bringing the town’s unique party vibe to the Big Apple.

Related: Check out these famous songs about New York.

R&B artist Tinashe compares her hot and heavy romance to the Vegas strip’s bright lights, glitz, and glamour. She and her lover turn their house into a club adorned with champagne and seductive music as they make the most of their time together. The party track features a second collaboration with rapper Schoolboy Q, who first paired up with Tinashe for her tune ‘2 On.’

For years a group of musicians and songwriters would meet each week to write tunes together. Known as the Tuesday Night Music Club, Sheryl Crow was a regular. She wrote ‘Leaving Las Vegas’ during one session with a few fellow musician-friends. Appearing on her first album, the moving song actually represents LA and countless artists who move there to chase their dreams, only to leave disheartened due to the town’s sometimes-destructive culture eventually.

Related: Head over to our list of the best songs about LA.

After the tragic death of INXS founding vocalist Michael Hutchence, the group eventually hired JD Fortune as their new frontman. His first single released with the band, ‘Pretty Vegas,’ boasts an ironic title. Fortune had spent a good amount of time in Vegas trying to make it in music. While there, he experienced the town’s seedy side, taking odd jobs like a nightclub Elvis impersonator. His frustrations and a more grungy Vegas are front and center with this track.

Just as Sheryl Crow’s ‘Leaving Las Vegas’ is really about LA, so is singer-songwriter Sara Bareilles’ ‘Vegas,’ another track about dream-chasers who move to the big city to try and “make it.” Her lyrics grapple with the age-old “the grass is always greener” saying. Bareilles felt like so many people get caught up in an idealistic image of their lives they forget to celebrate who they already are.

Featured on their third album, Musical Chairs, Hootie and the Blowfish frontman Darius Rucker once again uses his poetic abilities and baritone voice to sing about a complicated romance. In ‘Las Vegas Nights,’ the bustling desert town takes on the shape of a woman with whom he shares an intimate history. They both get close and pull away, leaving the singer confused and hoping his “desert flower” doesn’t leave.

Appearing on her wildly successful It Matters to Me album, country star Faith Hill playfully sings about convincing her beau to go with her to the marriage capital of the world and elope. Hill also took a playful approach with the music video for ‘Let’s Go to Vegas,’ filming shots of her dancing among tourist staples like showgirls and Elvis impersonators.

Scottish pop band Cocteau Twins get dreamy with their alternative single ‘Heaven or Las Vegas.’ The group contemplates the larger-than-life feeling of the city against a layered backdrop of drum machines and multiple electric guitars. The musicians show off their musical prowess with effortless guitar overlays featuring slide work. Many critics consider this track one of the fringe dream-pop genre’s best works.

A top five hit on Billboard charts in the late ’60s, country artist Buck Owens’ ‘Big in Vegas’ tells the story of a young musician with big city dreams. Despite his mother’s misgivings, he moves to Vegas to pursue his music career, landing him in various dive bars and honky tonks as he tries to reach stardom.

Nicknamed the “cosmic cowboy,” Graham Parsons’ struggles with substance abuse create a moody undercurrent with his song ‘Ooh Las Vegas.’ Included on his Grievous Angel album was his final recording project before his untimely death due to drugs and alcohol in ’73. As he sings about the “crystal city,” Parsons addresses Vegas directly and says, “You know you’re gonna make a wreck out of me.”

Heaven or Las Vegas – The Weeknd

R&B-pop singer The Weeknd has previously stated in interviews that the British group the Cocteau Twins greatly influenced him artistically. He’s not only sampled the dream-pop group’s music for his own tracks like “The Knowing,” but he released a song with the exact same title as Cocteau Twins hit ‘Heaven or Las Vegas.’ The Weeknd takes a similar approach with his song, creating a dreamlike state as he exists in a trance somewhere between the heavens and Vegas.

Frontman Alex DeLeon eloquently detailed the origin story of The Cab’s song ‘Vegas Skies’ on his blog after the track’s release. He was inspired to write the song after taking a trip to the small oceanside town of Laguna Beach, California. While there, he met a girl he fell in love with. Though they bonded closely, nothing could happen while he was there because she was with someone else. As he drove back home, needing to vent his emotions, DeLeon penned ‘Vegas Skies.’

During a visit to Philadelphia, songwriter John Oates began chatting with two flight attendants while out and about. When he asked where they were off to, they replied, “We are doing a Las Vegas Turnaround,” which is when a group of people charters a plane to make a day trip to Vegas for a few hours of debauchery. Oates ended up writing the tune about the girls he met, one of which would become Daryl Hall’s girlfriend. She became the inspiration behind their famous hit, ‘Sara Smile.’

This touching ballad focuses on a complicated but enduring romance. David Gray first recorded the romantic single for his solo album, Mutineers. But while on tour with country legend LeAnn Rimes, they started singing a live duet version. Concert-goers loved their collaboration so much that the two artists recorded a new version of ‘Snow in Vegas’ and released it after the tour.

Related: Let it snow! Bundle up and enjoy the best snow songs.

The B-52s’ legend of the ‘Queen of Las Vegas’ is one wild ride. Featuring a roulette-wheel-rockin’ “mama,” the group included this epic track on their third album, Whammy! It would be another few years before the B-52s would release their best-selling hit song to date, another rockin’ party track everyone heard on repeat for months, ‘Love Shack.’

The original version of ‘Las Vegas’ features a French lyrical delivery. R&B artist Jok’Air is from Paris. Also released as a track in English, the artist sings about a conversation between a couple wishing to get married. They decide to forego a big, traditional wedding, opting for a more intimate, fun experience often found in the chapels of the Vegas strip.

Before embarking on a solo career, Brandon Flowers headed up the popular alternative rock band The Killers. Flowers is a true Las Vegas native, something many artists singing about the town can’t lay claim to. With his first solo release, ‘Welcome to Fabulous Las Vegas,’ he references the famous sign that has become a popular tourist spot for people to take pictures by just before they enter the outer limits of Sin City.