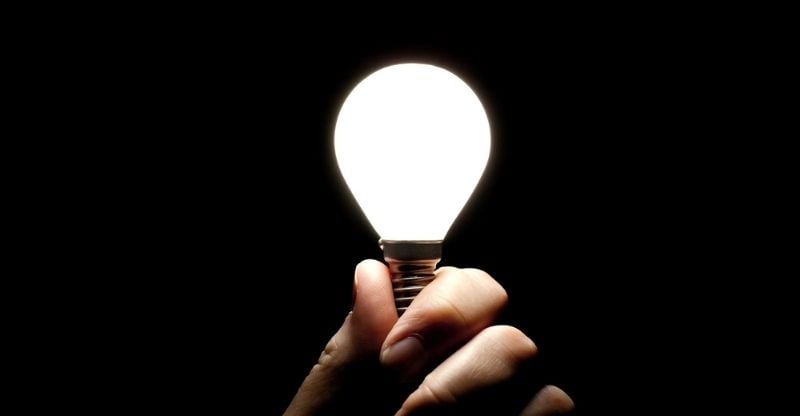 Light is an interesting thing. Whether it’s being used in a literal sense to allow humans to see better or in a figurative sense as a sign of hope, light helps humankind to see more clearly and avoid dark uncertainty in the world.

Here are some of the most well-known and interesting songs about light – or that have light in their titles – that show just how prevalent this topic is among songwriters. As you’re about to see, there are some truly great songs on this playlist.

There’s a Light That Never Goes Out – The Smiths

The protagonist of this track begs of his love interest, “Don’t drop me home.” It’s all about wanting to be by your love’s side, no matter what may come, and is one of the iconic Manchester band’s finest moments.

This song has sweet lyrics about needing to be next to the person who lights up one’s life the most. The song is rumored to be about Bella Hadid and the on-and-off relationship between her and Abel Makkonen Tesfaye, known professionally as The Weeknd.

One of the most famous moonlight songs (if not the most famous), it’s thought to have been written about John Lennon’s death. It was also inspired by the Tony Curtis film Houdini. It’s about the end of life and the hope of seeing someone in heaven one day.

‘Turn On Your Love Light’ is a popular song about desperately wanting love. It was originally performed by Bobby Bland in 1961. Grateful Dead’s cover was very popular and became a regular part of their concert lineups.

In the Light – Horace Andy

Horace Andy’s ‘In The Light’ is all about being in a bright and enlightened place in life. It is part of an album with the same name. If his voice is familiar, you may recognize him from the work he did with UK trip-hop band Massive Attack in the 90s (songs including ‘Angel’, and ‘Five Man Army’).

Love in its best form can be a true source of light. This song discusses the type of couple who brings brightness to each other’s lives through this type of love. It has also been suggested that the song refers to God’s love, and could easily be interpreted either way.

Shine a Light – The Rolling Stones

Mick Jagger originally intended this track to be about Rolling Stones guitarist Brian Jones’ addiction troubles but decided to rewrite it after Jones’ death. As it stands now, the song wishes light and happiness for someone dear.

Beginning to See the Light – The Velvet Underground

The Velvet Underground sings of light in the terms of awakening to a more enlightened state about life and society at large. It reminds listeners that sometimes you have to slow down and take stock of the state of the world to understand things in a clearer way.

The Inner Light – The Beatles

This is one of the rare Beatles songs written and led by George Harrison. Its lyrics are a translation of an ancient, sacred Chinese text known as the Tao Te Ching; specifically, a section about inner light.

Light my Fire – The Doors

The classic fire song came to be when Doors guitarist Robby Krieger decided to write about one of the natural elements. The title refers to lighting a fire in terms of romantic passion, rather than in a literal sense.

In the Light – Led Zeppelin

Paul Jones, bassist for Led Zeppelin, composed most of this song on a synthesizer. It’s all about finding the light in life and having help through life’s struggles from a loved one. It was never performed in concert because the synthesizer sounds could not be reproduced live.

As its title would suggest, this track is about the sacredness and power of love. It also discusses God and other, more abstract concepts.

This track could be about God’s light or a love interest’s light. It’s about guiding and protecting someone through one’s brightness.

Madonna’s ‘Ray of Light’ is based on another song called ‘Sepheryn.’ It focuses on Madonna’s interest in spirituality through her study of the Kabbalah.

Blinded by the Light – Bruce Springsteen

This was Bruce Springsteen’s first single. It was largely an autobiographical reflection on his life and the people he encountered over the years.

‘Green Light’ was the first single from Lorde’s second album Melodrama. It’s about the singer trying to move on and find the “green light” to move forward after a real-life heartbreak.

Here’s a track that’s all about the exciting and bright feelings that occur alongside the possibilities of a new love. It inspired the name of Demi Lovato’s Neon Lights Tour.

This Ellie Goulding hit’s lyrics have a simple meaning; they tackle the singer’s fear of the dark. The track, which also contains references to Electric Light Orchestra, was Goulding’s first US hit quite a while after its release.

We hear a story about a girl who wants to act – and her boyfriend who reluctantly lets her go – in this Matchbox Twenty track. It charted in the United States, New Zealand, and Australia.

U2 sings about the red light districts of Amsterdam and similar cities and their contrast with conservative Ireland. The studio was lit red while recording the track for emphasis.

Grace VanderWaal first performed this track during the America’s Got Talent semi-finals. It later appeared on her debut EP. It’s about a powerful love or friendship that outshines other relationships in the protagonist’s life.

This song was written to honor a friend of the band who passed away after a battle with cancer. It was the title of Linkin Park’s seventh album, as well.

Light It Up – Luke Bryan

Luke Bryan sings of hoping a phone will light up with a message from someone special after a fight in this track. Bryan was happily married when writing the track but created its lyrics with an empathetic approach to romantic troubles in the digital age.