14 Best Songs about Living in the Moment 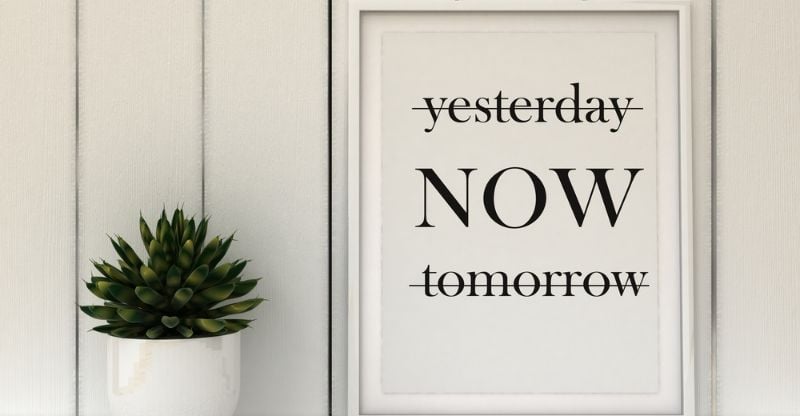 The spiritual leader Emmet Fox once said, “the art of life is to live in the present moment.”

He had a point.

Our time on this third rock around the Sun is such a minuscule, insignificant amount of time, if we spend most of it lost in memories (or worse, regret) – or worrying about the future – what a waste!

So stop living in the past, or worrying about the future – and live for today.

Here are some of the best songs about living in the moment to remind you what matters. Now, don’t you dare bookmark this article to read another day 🙂

In this uplifting song, the narrator reminisces about the words his father once told him, namely “one day you’ll leave this world behind, so live a life you will remember”.

The video is a blast too, directed and starring professional life liver (yes, that’s a thing) Rory Kramer. If you need a song to get you pumped up – or a song for Friday night – this is the one.

A song that is, in the words of Kiwanuka, “about how life’s short, so live to get the most from it”. It’s a beautiful track and packs some wisdom we all know but rarely adhere to, namely “just you live your every day, like you’re running out of time”.

This track was produced by The Black Keys frontman and guitarist Dan Auerbach, so just oozes class.

Do You Realize – The Flaming Lips

I have friends who still talk about the time they saw The Lips perform this at a festival in the UK many years ago. By all accounts, it was one of those transcendental moments that don’t come along that often (I wish I’d joined them, lol).

It’s an incredibly powerful song that forces you to stop taking things so seriously. We’re all cosmic dust, so just enjoy it.

This autobiographical sees Macklemore reminiscing about the ‘good old days’. He lists all of the things he wished he’d said or done (“made it to homecoming”, had the “courage to ask her,” etc.) and wishes that someone had told him that those were the magic days.

It ends with the brilliant line, “You don’t know, what you’ve got, till it goes, till it’s gone.”

Here’s a song so full of imagination, love, and life that it seems to have bubbled up from an underground spring! The band did what they do best, channeling their favorite artists – Petty, Van Zandt, Young – to create a track that bubbles with joy.

It’s one of those songs that have the power to make you stop in your tracks for a second and re-evaluate things. They’re the best type.

This reggae classic has become a sort of anthem for living in the moment. The rocksteady beat consists of a mere two notes that are played repeatedly. The song reminds you “it’s later than you think” (i.e. you think you’ll live forever, but guaranteed you won’t), and the includes the brilliant line “while you’re still in the pink” – which means “while you’re still alive.”

Here’s a song about life and death that contains an important moral message: we only get one chance, and we need to make the most of it and not waste time or let any opportunity pass us by, even if we think it is not important.

Until they are on their deathbed, most people don’t realize that they have wasted their lives. There is a beautiful line in the song which goes: “That tomorrow’s just a day away, and we’re not a minute too soon,” which means that today is the right time to do something or be somewhere.

Related: see our playlist of songs about life.

Here, the lyrics allude to significant life moments like graduation, marriage, and childbirth – it’s also about being awakened to one’s spiritual side.

James Taylor is one of the finest singer-songwriters that ever lived. For more evidence of his songwriting prowess, check out his classic ‘Fire and Rain’ (which appears on our playlist of songs about rain).

All I Wanna Do – Sheryl Crow

This song is filled with hope. It reminds us that nobody ‘owns us’, and we’re able to do whatever we want to do. Whatever happens, whatever we feel, whatever we see, whatever we know, it’s our world.

Michael Franti & Spearhead always cook up a blend of uplifting, soulful music with a message. In this song, the lyrics are fairly simple: stay positive in every situation and try to turn negativity into positivity. We all need a bit of this, especially when the world is so messed up.

Related: see our playlist of songs about sticking together when the going gets tough.

Life on a Rock – Kenny Chesney

Country star Kenny Chesney often packs a message in his music too, which is one of the reasons why we love his music. This song is about a guy on death row due to be executed. It’s a poignant song about redemption.

Life’s For The Living – Passenger

We’ve all heard about ‘life after death’, but how about ‘life before death?’. We are born, and finally, die. What we do, how we behave, and how we treat others in between these two events is down to us.

For many people who enjoy losing their inhibitions while under the influence of alcohol, these lyrics may make sense. The lyrics could easily apply to anyone alive at the moment, whether that moment is spent in class or clubbing with friends. This track is one of Craig David’s most unique musical styles. For this one, he went all out and adopted some Jamaican roots that went down a storm with his fans.

The meaning of this classic Led Zep track has been subject to much speculation, but it’s generally considered to be about being torn between good and evil (the struggle with temptation). The song is written in a narrative style, describing a person’s journey from innocence to experience, triggering an internal struggle between good and evil within themselves.