24 Songs about Loving Yourself and the Importance of Self-Worth 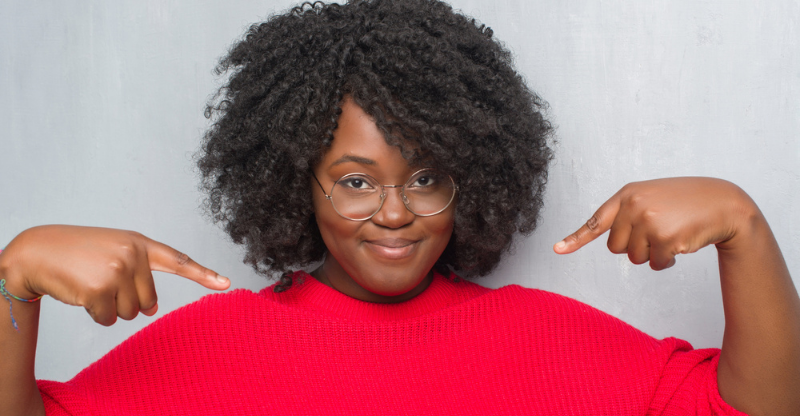 Sometimes people will try to bring you down, bringing all your insecurities to the surface. Or, maybe you have an ex who brings up your flaws. Throw those thoughts to the side and listen to this playlist full of songs about loving yourself, empowerment, and acceptance. Be your own biggest fan and appreciate all your imperfections!

‘Love Myself’ probably hits different after a breakup since it’s about focusing on yourself and not needing anyone to make you feel happy and loved. The song is empowering for anyone who struggles with their self-worth or being alone. The song hit charted at number 30 in the US when it debuted.

If You Don’t Love Yourself – The Script

The song’s narrator talks about how they’re their own worst critic and don’t have anything nice to say, yet they can be nice to everyone else. The Script questions how someone can truly love others if they don’t know how to love themselves first and offers encouragement that anyone can learn how to love themselves.

The singer knows she’s too good to settle for less, so she refuses to date a “scrub,” a deadbeat who isn’t good enough. TLC sings of everything that makes a person a scrub, including living at home with their parents, doesn’t have a car, and doesn’t dress classy. When the song came out in 1999, it reached number 1 and 3 in the US and the UK, respectively.

I Love Me – Meghan Trainor

Meghan Trainor is known to write many empowerment songs, and while this one isn’t one of her most popular, it’s certainly a good one to listen to when you need a confidence boost! She sings about how beautiful and confident she is and loves herself more than anyone else, but not in a boastful way, of course! She has a healthy relationship with herself, and the song encourages everyone else to feel the same way about themselves.

Lose You to Love Me – Selena Gomez

This powerful post-breakup song shows how much hurt and growth Selena Gomez experienced after her relationship ended. She felt broken and deserving of the pain she felt. But, it wasn’t until she started healing that she learned how to love herself and realized that she needed to experience that pain to discover her worth. This song was globally popular, reaching the Top 10 in several countries and the Top 100 in several more.

The Way I Am – Charlie Puth

‘The Way I Am’ is a peppy song about self-acceptance that will have you dancing and feeling good about yourself. Charlie Puth sings about how he can be insecure and doesn’t seem to fit in with the people around him, and he essentially tells everyone to get over it because that’s who he is! He’s not interested in changing himself, so everyone will have to adapt.

‘Broken & Beautiful’ was written for the 2019 film UglyDolls, a movie about deformed dolls. This song was the lead single from the soundtrack, sung by Kelly Clarkson, who also voiced the main protagonist. The song is about self-love and accepting your flaws because your flaws make you unique. It fits for a movie about defective dolls, but the message is still empowering on its own.

Ally Brooke sings about how she once let someone else determine her value but eventually learned that she’s ‘Fabulous’ and can love herself for who she is. The song samples a verse from Patti Labelle’s ‘Lady Marmalade’ in the chorus, breathing new life into a classic empowering song.

While this song can encourage anyone to love themselves, those with freckles might feel a little special because of this song! People with freckled faces sometimes feel self-conscious, but Natasha Bedingfield stands up for them by saying their freckles are like stars in the sky. She says that imperfections make people unique, and you should love every little detail about yourself.

Kali Uchis reminds you to look for the flowers ‘After The Storm’ because challenging situations often lead to a happy outcome. The song reminds you to keep pushing through the hard times life throws at you because you’re a winner, and you shouldn’t quit, even though you want to.

The Voice Within – Christina Aguilera

Christina Aguilera acknowledges that you can’t always have someone by your side when you need them the most. But, you’re never alone because you have yourself. She says that the strength is inside you to get through the hard times. This song came out in 2003 and charted high in several countries.

Related: this song is on our believing in yourself playlist.

I Love Myself Today – Bif Naked

The singer in this song is essentially “reclaiming herself” after having just got out of a relationship that left her feeling worthless. After being treated less than what she’s worth, she’s now able to love herself and feel confident about her looks and who she is. It’s an encouraging message for anyone who may second guess their worth because of someone else.

Related: see our list of songs about feeling insecure.

Who You Are – Jessie J

Jessie J wrote this song based on how she was feeling after being turned down by multiple producers in the short span of three months. She struggled with feeling like she was enough but was able to turn to music to feel better about herself and gain some confidence. Her confidence shines through in this song, and it charted at number 8 in the UK.

While most songs with a title like this mean to be encouraging, this ‘Love Yourself’ doesn’t quite carry that meaning. Ed Sheeran wrote this song with a harsher phrase but eventually rewrote it, significantly changing the meaning. When Justin Bieber tells his ex to love themself, it’s more like he’s telling them to leave him and everyone else alone.

Related: check out more songs about getting over your ex.

This song was on the soundtrack for the 2000 film Charlie’s Angels. The song mentions the three stars of the film and references Charlie’s Angels in the song. This song intends to empower women who are independent and earn everything they own and encourage them only to flaunt what they rightfully earned.

This is Me – Keala Settle

In ‘This Is Me,’ the singers say they’ve had to hide because people didn’t want them around since they were “broken.” But, the singers have been able to rise against the hate, ignore the cruel words, and accept themselves for who they truly are. This song was in the 2017 film The Greatest Showman, sung by the bearded lady character among the rest of the “freaks” in P.T. Barnum’s circus act. It’s the ultimate song about ignoring other people’s opinions.

Related: see more be yourself songs.

Scars to Your Beautiful – Alessia Cara

Alessia Cara sings about people who worry about their looks because they don’t live up to society’s expectations. She tells everyone that they’re beautiful and don’t need to change themselves just to be accepted. The music video has several people talking about some of the challenges and insecurities they’ve had to deal with. The song reached number 8 in the US and 55 in the UK.

Perfect to Me – Anne-Marie

In this song, Anne-Marie redefines what perfect means, which is herself precisely the way she is. She doesn’t conform to society’s standards, and that’s okay with her because she knows she doesn’t need to! She says people stare at her because she doesn’t do what’s expected of her, but she doesn’t let that stop her. This song charted at number 41 in the UK when it was released in 2018.

Jewel promises herself in this song that she’ll love herself and be her own friend after being taken for granted by her ex-partner. She doesn’t want to be treated as less than anymore and wants to do better for herself, so she can be someone her daughter looks up to. This song made it to number 13 on the country charts in the US. There are two versions of this song; one uses the word “frisky,” while the other is less polite.

This song talks about feeling insecure due to cruel people who try to bring you down. The singer proclaims that she’s beautiful despite what anyone else says and offers words of hope to anyone who may be struggling. Linda Perry wrote this song and was with Christina Aguilera when she recorded it. Christina started crying while singing and wanted to start over, but Linda wouldn’t let her because the song is about accepting yourself, flaws and all.

Be Your Own Girl – The Wallflowers

Sometimes it takes courage to show people who you really are, and Sara Bareilles wants to see you be brave enough to do it! She offers encouraging words to forget about what everyone will think and feel free to be yourself. Sara found inspiration for this song through some of her own struggles and from a friend who struggled with being brave enough to come out.

Thank U, Next – Ariana Grande

You know you’ve grown once you’re thanking your exes for all the growth you’ve experienced because of it! Ariana Grande lists her exes by name and the lessons they taught her and thanks them for helping her become the woman she is today. This song made it to number 1 in several countries when it was released in 2018.

This triumphant song is about staying a “rock star” even though you lost your spouse. It’s a fun song about being independent and not needing to rely on anybody. Many people assume Pink wrote this song because of the problems she had with her husband around the time the song came out, but she said the lyrics were just a joke, and the song was fun to write.

Related: keep rocking with this list of Pink songs.

More songs about loving yourself: