21 Best Songs about Luck and Being Lucky 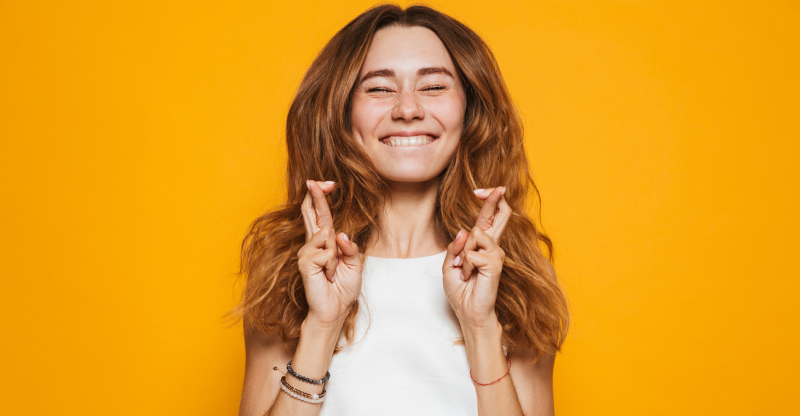 Do you look for four-leaf clovers or pennies on the ground?

Whether luck’s got you down or you’re riding high on it, artists have long loved covering the stories, superstitions, and emotions that come along with the phenomenon.

From Sinatra’s famous ‘Luck Be a Lady’ to The Black Crowes’ raw and honest ‘Sister Luck,’ check out this rock n’ roll heavy playlist of songs about luck.

Frontman and band songwriter Richard Ashcroft has said this song is his favorite he has written thus far. ‘Lucky Man’ details the liberating emotions one feels throughout life, whether alone or with someone. The tune debuted on their album Urban Hymns just two years before the band called it quits in ’99. They reunited for an album release in 2007 and scored a hit with their single ‘Love is Noise.’

Related: Hear this song on The Girl Next Door movie soundtrack.

Push My Luck – The Chainsmokers

An emotional vocally-driven ballad in contrast to singles The Chainsmokers had previously released, frontman Andrew Taggart was nervous about releasing ‘Push My Luck.’ The intimate single featuring light synth instrumentation ruminates over the topic of romance and questions whether your love will be reciprocated. The single first appeared on their album World War Joy released in 2019.

Luck Be a Lady – Frank Sinatra

One of Frank Sinatra’s many commercial hits, ‘Luck Be a Lady’ was originally written for the popular musical Guys and Dolls. When the play was adapted for film, Sinatra starred in it, but Marlon Brando scored the lead. While Sinatra didn’t sing lead in the production, he was instrumental in adapting the song for the big screen. In the mid-90s, Sinatra chose an unlikely partner in rock queen Crissie Hynde to sing a revamped ‘Luck Be a Lady’ duet with him.

A breakup tune about lessons learned and moving on, Derulo released this honest track via social media in 2017. After going viral on YouTube, he made a special appearance on Good Morning America, where he performed the song publicly for the first time. Dynamic vocal lines uplift the raw lyrics. The video is a fan favorite. In an ode to Michael Jackson, Derulo filmed a very “thriller-esque” music video for ‘If I’m Lucky Part 2.’

Related: Learn to keep going with this moving on songs playlist.

“Bad luck’s there; it’s got a hold on you.” This dance number sat at the top spots for several weeks on the disco charts in the mid-’70s. The soul-tinged single debuted on Harold Melvin & The Blue Notes’ album To Be True, featuring lyrics detailing all the ways you can be down and out.

The Lucky One – Alison Krauss

Her biggest hit after her chart-topping single ‘When You Say Nothing At All,’ ‘The Lucky One’ ended up winning Krauss two Grammys—one for Best Country Song and one for Best Country Performance by a Duo or Group with Vocal. The tune is introspective, with lyrics focused on the duality of someone without a care in the world and someone who feels bad luck follows them around.

Featured on their self-titled fifth album, ‘Good Luck Charm’ was the second single released. A hit about all the ways the singer’s woman is his good luck charm, the album featuring ‘Good Luck Charm’ was eventually certified gold. Jagged Edge began recording music together in 1995 when R&B/Rap mogul Jermaine Dupri signed the band to his label So So Def Recordings.

Hollywood (Down on Your Luck) – Thin Lizzy

Hollywood (Down on Your Luck)’ was the lone single from Thin Lizzy’s 1981 album Renegade. Though the band had experienced recent commercial success, their record company at the time, Vertigo Records, did not finance a music video for the song, so it fell by the wayside in the era when music videos were a make-or-break scenario for singles.

Related: Listen to more California songs on our list of Golden State songs.

Co-written with songwriter Don Schlitz, this light-hearted tune tells the story of a woman who ignores various bad omens that come her way and ends up having one of the best days ever when she wins the lottery. The song was first released in 1999, and a cover version was featured on an Alvin and The Chipmunks record the same year (The Chipettes provided vocals for this particular cover).

“Sister luck is screaming out somebody else’s name.” Written by Black Crowes frontman Chris Robinson, he tackles the tough subject of depression in this song as he does in many other original works. Feelings of loneliness are at the forefront of the message with lyrics like “Feeling second fiddle to a dead man. Up to my neck with your disregard.” The heartfelt tune appears on the band’s 1992 album Shake Your Money Maker.

Related: You won’t feel so alone when listening to our loneliness songs list.

“Well, do you know where you belong? And is your star sign ever wrong?” Tackling the folklore behind superstition, Scottish rock band Teenage Fanclub released their single ‘Star Sign’ in 1991. Frontman and vocalist Gerard Love wrote the tune. It proved to be a well-liked song for the alt. rock band. The single was their highest charting song ever in America.

“Sought a mantra to bring me luck. Cos, I never thought I had enough.” British folk artist Daisy Chapman released ‘Good Luck Song’ in 2017 as part of an 8-song project out of Bristol called Good Luck Songs. The Americana-inspired song includes phrases in different languages wishing others good luck.

Originally written by soul songwriters William Bell and Booker T. Jones, ‘Born Under a Bad Sign’ was first recorded by blues artist Albert King in 1967. The timeless song caught the attention of Cream frontman Eric Clapton, and the rock band released a cover of the single in 1968 on their studio album Wheels of Fire. Cream’s version closely follows Albert King’s original rendition.

With a Little Luck – Paul McCartney and Wings

Written as more of a love song than a political message, McCartney’s ‘With A Little Luck’ clocks in at 5 minutes and 45 seconds. Even though two different versions were recorded, with a single version of 3 minutes long, radio DJs still opted to play the longer one. Like many of his songs from this time period, this tune was written on a yacht the band and their families stayed on for several weeks. The vessel featured a small recording studio.

Music icon Elvis Presley tackled this pop tune in four quick takes at the recording studio. It reached number one on both US and UK charts. The tune was originally written by Nashville songwriters Aaron Schroeder and Wally Gold. Jordanaires singer Gordon Stoker also makes a vocal appearance alongside Presley in the song.

Trying Your Luck – The Strokes

A heartbreaker of a song capturing the pain of loneliness, ‘Trying Your Luck’ was released in 2001 on The Strokes’ This Is It album. Bandmate Alex Turner has said in previous interviews he believes this song was the band’s best effort. It features lyrics that read like a diary entry and is also a fan favorite.

Though soul icon Marvin Gaye originally recorded ‘Lucky Lucky Me’ in 1964, the tune wouldn’t be released until after he died in 1994. After his initial recording, the staff at Motown Records shelved the song. However, the song was included in the track listing when The Very Best of Marvin Gaye was released decades later. It was so well-received in the UK that the label released it as a single, as well.

“No money could save him.” A tragic tale about a rich man who can’t out-buy the horrors of war, bandmate Gregory Lake wrote the folklore-laced song in 1970. The supergroup, made up of a few different prominent singer-songwriters, released the tune on their debut album, and it became their most popular release.

Related: Head over to our anti-war songs playlist.

You Got Lucky – Tom Petty and the Heartbreakers

“Good love is hard to find.” Taking creative license with the story of this song, Petty embraces the character of an alpha male telling his woman he’s the best she’ll ever find. Though Petty delivers a convincing performance, he had been married for several years after ‘You Got Lucky’ came out and appeared to live a quiet life with his wife. The ’82 music video for the song was one of MTV’s pioneering releases that helped establish videos as a required step for single releases.

One of the only singles Madonna helped write, ‘Lucky Star’ is based on the popular nursery rhyme and was released as a single in 1983. It didn’t go anywhere at first. But once the music video was released on MTV featuring her in her iconic ’80s “streetwear,” the song became an instant hit. It features the story of a special someone who feels like her “lucky star” every time he comes around.

Related: You won’t want to miss the best star songs.