11 Best Songs about Lying and Liars 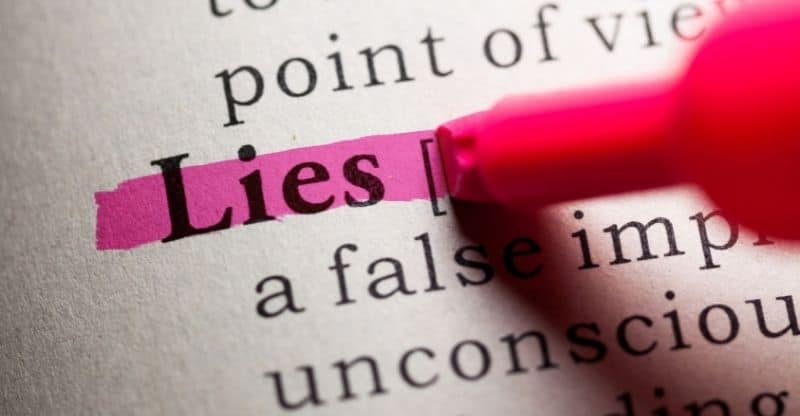 We’ve all been subjected to a lie or two. Politicians have a reputation for it unfortunately and let’s be honest, most of us have lied at one point or another, even if it was just a ‘white lie’ or ‘fib’.

So, here’s a list of some of the most popular songs about lying and liars. As we’ll find out, honesty is usually the best policy.

It’s not often that you ask someone to lie to you, but that’s precisely what Christine McVie asks of her lover here. She loves him so much that she’d rather hear his lies than not have him there at all. That’s one interpretation, at least.

You might not have heard of Charles & Eddie before, but you’ll definitely know this song. It’s one of the most famous songs about fibbing, selling over 2 million copies and reaching number 1 in 16 countries.

Here’s a club banger by Jamaican dancehall artist Sean Paul. For this track, he joins forces with British-Albanian singer Dua Lipa, and the result is sure to get dance floors “lit up” across the world.

‘I Could Have Lied’ – Red Hot Chili Peppers

This song came about when singer Anthony Kiedis got dumped by Sinead O’Connor. According to O’Connor, they were never even an item, but that’s not Kiedis’ version. He was so cut about her rejection that he wrote this song the same evening – some exquisite guitar playing by John Frusciante on display here too.

In this female-empowerment song, Shakira and Beyoncé talk about the pathetic behavior of a man who plays them both along. They don’t plot their revenge, though. They ignore him. Smart move.

According to Don Henley, the band used to play bars in Hollywood that women frequented with “Lyin’ Eyes” (in other words, these women were looking for a little extra than what they were getting at home from their rich, but boring, men. This is one of the most famous cheating songs out there.

A ‘white lie’ is a harmless or trivial lie to avoid hurting someone’s feelings. Miranda Hart confronts her guy in this country song, accusing him of being a “white liar.” The lies slip off his tongue “like turpentine.”

Justin Timberlake wrote ‘Cry Me A River’ about his split with Britney Spears, in which he accuses her of cheating in their relationship. This song is thought to be her reply, where she clearly states that wasn’t the case. Nothing quite like airing your dirty laundry in public is there!

In this song, Henry Rollins plays the role of a serial liar who parades himself as a decent guy to win trust, then becomes devilish when he’s got it. The verses are spoken, giving way to an explosive chorus with Rollins painted like a red devil. The video was a hit on MTV and loved by none other than Beavis and Butthead!

This song was aimed at those in the music business who spun lies and deceit, particularly the Pistols’ manager, Malcolm McClaren, who they accused of greed and incompetence. But they were angry at most things!

Here’s a song about being played by a woman by the American rock band Goo Goo Dolls. It starts so well; then he realizes how deceitful she is and gives her the heave-ho. Good move, sir.