19 Best Songs About Magic That Will Enchant You 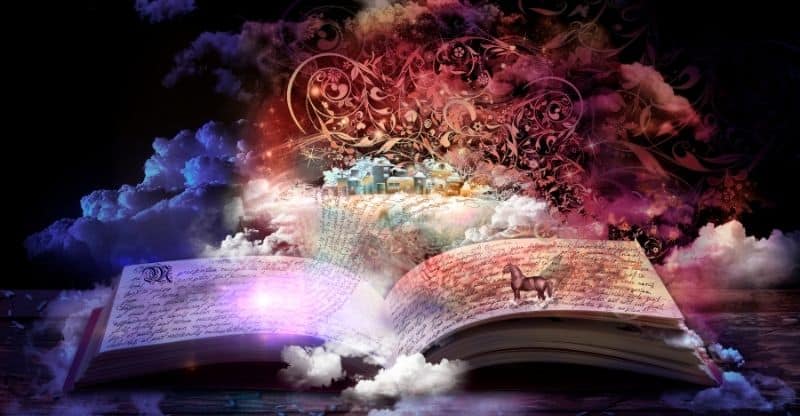 “The world is full of magic things, patiently waiting for our senses to grow sharper” said poet W.B. Yeats.

Whether you believe in magic or not, it’s been the inspiration for countless songs. And as you’re about to see, some of the best songs ever written.

So enough with all this hocus pocus! Here’s our pick of the best songs about magic.

From ELO’s 1975 album Face the Music, ‘Strange Magic’ is a hauntingly beautiful song about a captivating woman: “you’re walking meadows in my mind.”

The track is notable for its harmonies and hooks, along with the customary ELO string section.

In the performance above, the band also performs ‘Livin’ Thing,’ which mentions magic too. Two songs for one!

‘Strange magic’ is repeated five times in each of the choruses, making it almost hypnotic. Or magical, you could say.

Appearing on Drake’s 1971 album Bryter Layter, this magical song is about the happiness that someone or something (possibly drugs) made him feel.

“I never felt magic crazy as this / I never saw moons knew the meaning of the sea / I never held emotion in the palm of my hand / Or felt sweet breezes in the top of a tree.”

Like much of his work, this song was a commercial failure at the time of release. However, he was obviously ahead of his time, as his music is loved the world over these days.

We could have chosen his song ‘I Was Made to Love Magic’ with its lush string arrangements.

From Hendrix’s Axis: Bold As Love album (1967), ‘Spanish Castle Magic’ was a staple of Hendrix’s live shows, including Woodstock in ’69.

The ‘Spanish castle’, as Hendrix says in the song, isn’t in Spain. It was in fact a nightclub between Seattle and Tacoma where Hendrix used to play before he became famous.

From Santana’s superb second album, Abraxas (1970), ‘Black Magic Woman’ became a staple for the band and one of their biggest hits.

In an interview, Green said the song was influenced by the John Mayall & the Bluesbreakers version of Otis Rush’s ‘All Your Love’.

‘Rhiannon’ was released in 1975 and written by Stevie Nicks. The song became a cornerstone of the band’s image and mythology and a live showcase for Nicks’s vocal prowess.

Nicks’ got the idea for the song after reading a book called Triad by Mary Leader, where the spirit of Rhiannon possesses a girl. After writing the song, Nicks subsequently found out that there was a whole mythology around Rhiannon.

“I come to find out, after I’ve written the song, that in fact, Rhiannon was the goddess of steeds, maker of birds,” Nicks explained in an interview.

As a result of this song, hoards of parents called their daughters Rhiannon. It’s popularity spiked in 1977.

No article about magic would be complete without a mention of the great master of illusion, Houdini. And who better than to sing about him than master songwriter Kate Bush.

‘Houdini’ appeared on Bush’s ‘The Dreaming’ album. The song is written from the perspective of Harry Houdini’s wife, Bess.

The line “with a kiss, I’ll pass the key” refers to the theory that Bess used to place the key to his handcuffs on her tongue, then pass it to him secretly when she gave him a good luck kiss before the act.

There’s also a reference to a seance in the lyrics. Houdini promised Bess that he would contact her from the grave using the secret code “Rosabelle believe.”

On the album cover for ‘The Dreaming’, look at Kate Bush’s tongue…see the key there?

Not a song strictly about magic, but it’s such a good song that I figured it had to get a mention.

‘Superstition’ was the lead single from Wonder’s fifteenth studio album, Talking Book (1972). It talks about the dangers of believing in superstitions such as walking under a ladder, the number 13, and breaking a mirror (said to bring seven years of bad luck).

According to music folklore, guitarist Jeff Beck came up with the opening drum beat and Wonder improvised most of the song on the spot! Wonder plays Hohner Clavinet, drums, Moog bass on the track.

John Martyn was a British singer-songwriter and guitarist who incorporated folk, blues, and jazz.

He made his first album (London Conversation) in 1967, at the tender age of 19. This song was the first track. The lyrics are full of references to goblins, pixies, and elves:

Martyn was close friends with Nick Drake in the late 60s / early 70s. He wrote the song ‘Solid Air’ for him.

‘A Kind of Magic’ by Queen

Written by Queen’s drummer (Roger Taylor) for the sci-fi film Highlander, the lyrics loosely follow the movie’s plot, with the classic “there can only be one” line.

Queen were no strangers to making movie soundtracks. For example, they made the music to action-hero movie Flash Gordon some years earlier (we feature it in our songs about heroes playlist).

It’s definitely one of the best ‘magic songs’ of recent years.

The song was popular on their final 1986 Magic tour, where Mercury first wore his white slacks and yellow jacket combo.

This catchy pop song as inspired by the American singer Diana Ross who Miller bumped into on a ski slope. After seeing her, “I started thinking about the Supremes and I wrote the lyrics to ‘Abracadabra’ in 15 minutes” Miller explained in an interview at The Dallas Morning News.

The music video is considered to be one of the most iconic videos of all time and was on heavy rotation at MTV. Its use of special effects, pop art colors, and editing methods were firsts and paved the way for an explosion of music videos in the ’80s.

‘Magic’ by The Cars

Appearing on 1984’s Heartbeat City album, The Cars ‘Magic’ is about an obsession with a girl. The protagonist is literally under her spell: “there’s magic in your eyes.”

There’s also a nod to the summer season (which, let’s be honest, is most people’s favorite): “Summer, summer, summer / It’s like a merry-go-round.”

The trick in the video where Cars lead singer Ric Ocasek walks on water was achieved by installing a see-through plexiglass platform just below the surface of the water.

‘Do You Believe in Magic’ by The Lovin’ Spoonful

Led by John Sebastian, The Lovin’ Spoonful has many hits in the mid to late ’60s, including ‘Summer In The City.’ ‘Do You Believe in Magic’ is a celebration of music itself.

But also, as the conduits for music, musicians have a magic touch too: “And we’ll go dancing, baby, then you’ll see / How the magic’s in the music, and the music’s in me.”

The band got their name from a Mississippi John Hurt song called ‘Coffee Blues’ here he sings “I love by baby by the lovin’ spoonful”.

Jimmy Buffett plays a style of music that embodies the ‘island escapism’ lifestyle (he lives in St. Barts) and has a bunch of devoted fans known as ‘Parrotheads’ (we include his hit ‘Margaritaville’ in our songs about the beach).

But there’s no drinking and hanging out on boats in this song. Instead, ‘Little Miss Magic’ is a heartfelt song from father to daughter when she was just two.

If you have kids, you’ll know all about the wonderment of seeing them grow up. There are some lovely moments in the song: “constantly amazed by the blades of the fan on the ceiling.”

In this video, there’s a sweet conversation with his daughter Delaney about the song’s origins.

The ‘magic road’ here is life. You can have it all; just watch out for others, he says.

“On this magic road / You can be anything that you wanna be / But hey, hey, watch out for the little man.”

Green’s most popular track ‘Let’s Stay Together’ took about 100 takes to record. While Green wasn’t convinced the song was any good, producer Willie Mitchell famously said it “had magic on it.”

The lead single from their 2014 Ghost Stories album, ‘Magic’ starts with a minimalist, bass-heavy groove that wouldn’t sound out of place on a Radiohead album.

The album was recorded after the breakup of Martin with actress wife, Gwyneth Paltrow. So the line “I just got broken, broken in two” refers to that, one suspects.

The brilliant video with its ragtime jazz opening is in the style of a monochrome silent film and is centered around a magic show.

‘Magical Mystery Tour’ by The Beatles

The song is a roll call to board the magic bus: ‘Roll up / Roll up for the mystery tour’ (a bit like the opening title track on Sgt. Peppers).

According to George Harrison, the idea was inspired by the ‘charabanc’ trips people used to go on from Liverpool to see the Blackpool lights. A charabanc was a pleasure trip by bus (or horse-drawn carriage) and was popular in England back when the Beatles were young.

The term ‘charabanc’ has pretty much fallen out the English language. However, there are still remnants of the word. If you go to a place called Wookey Hole in the county of Somerset, there’s a sign that says ‘unsuitable for charabancs’.

The Incredible String Band were a psychedelic folk band with a considerable following in the late ’60s / early ’70s counterculture. They were also an inspiration for various bands, including Led Zeppelin.

‘Witches Hat’ appears on their third album, The Hangman’s Beautiful Daughter, and is totally bonkers!

It includes the classic line about monkeys: “Oh, next week a monkey is coming to stay,” and definitely wins the weirdest song on the list award!

If you love their sound, we also feature them in our songs about water playlist.

Soon after its debut in 1968, ‘The Hangman’s Beautiful Daughter’ hit the top 5 in the UK album charts, and was nominated for a Grammy in the United States.

‘Every Little Thing She Does is Magic’ by The Police

Released as the second single from the album Ghost in the Machine, ‘Every Little Thing She Does is Magic’ was first written in 1976 when The Police went by the name ‘Strontium 90’.

The song is notable for its Caribbean-inspired keyboard, played by Jean Roussel, and one of the few Police tracks to include a piano.

The music video shows the band on Montserrat, a Caribbean island where they made the album at George Martin’s AIR Studios.

‘I Put a Spell on You’ by Nina Simone

Written by Screamin’ Jay Hawkins and covered by everyone from Creedence Clearwater Revival to The Pogues. However, it was Nina Simone’s version that really nailed it.

Here Simone sings that she’s put a magic spell on her lover “cos’ you’re mine.”

Hawkins version was pretty far out, prancing and leaping about the stage with a skull on a stick that he named ‘Henry’!