14 Best Songs About Memories and Looking Back 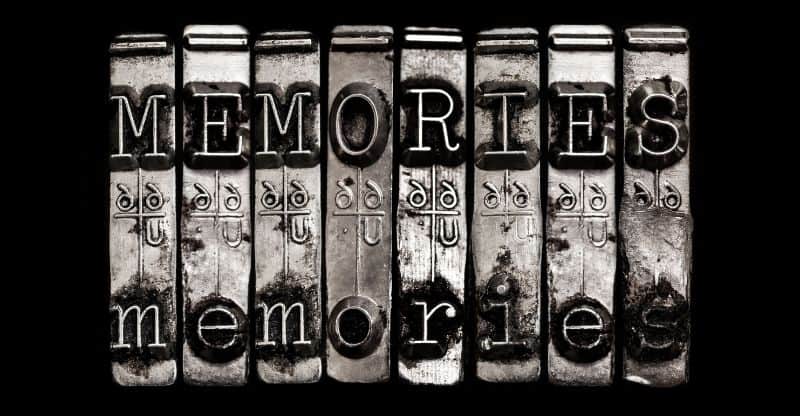 Memories are recollections of things that happened in the past. They shape the person you are today.

So it’s no surprise that many songs are about memories of good, and often not-so-good, times.

Songs can also bring back memories of precious moments, just like photographs. Who knows, listening to one of these tracks today may form a memory in the future (there’s a crazy thought!)

Anyway, I digress. Here are the best songs about memories by some of the finest songwriters ever. There’s some truly great music in this playlist, enjoy!

Let’s start with this brilliant, sentimental song by pop music supremos, Maroon 5. While it’s a relatively recent song (it was released in 2019), it’s already one of the best songs about losing people ever recorded.

There’s a powerful passage in the song about the before and after of losing someone that is particularly good. He once “believed in forever” and that “everything would stay the same”.

After his loss, his heart “feels like December” because he can’t “reach out to call you,” but he knows someday he will, he adds.

If the eight-chord progression sounds a bit familiar, that’s because it’s inspired by Johann Pachelbel’s ‘Canon In D Major.’

In this brilliant Paul Simon composition, he goes back down memory lane and remembers his dismal experience at high school (but admits “my lack of education hasn’t hurt me none.”) And to be fair, it hasn’t! Take a listen.

Kodachrome was a brand of superior color film for making vivid, professional-looking photographs (“makes you think all the world’s a sunny day.”)

Here it’s used as a metaphor for his imagination (and boy did Paul Simon have a great imagination!).

In the line, “I got a Nikon camera, I love to take a photograph,” he admits he needs his Kodachrome (imagination) to take his photographs (what one assumes are his songs.)

Either that or Kodachrome is weed. I’ll let you decide 😉

In the song, he takes us back to his childhood when he was obsessed, like most boys, with the opposite sex.

The hapless adolescent walks up to “the tallest and the blondest girl” he can find and asks her to undress.

To which she promptly replies, “No, you cannot see my naked body!”

‘I Go Back’ – Kenny Chesney

One of the great things about music is how a song can take you back to a specific moment in your life. We all have songs that can do that. In this country song, Kenny Chesney calls out the songs that evoke memories from his younger days.

There’s John Mellencamp’s ‘Jack and Diane’ that “painted a picture of my life and my dreams.”

There’s ‘Rock’n Me’ by The Steve Miller Band that reminds him of “frat parties, college bars, just tryin’ to impress the ladies.”

Finally, there’s Billy Joel’s ‘Only the Good Die Young,’ which reminds him about the “loss of a really good friend.”

It’s one of the best country songs there is about looking back.

Do you miss the time when you used to hang out with your bros? Maybe you’re holed up at home, missing those times when you goofed around a bit.

That’s what happened to frontman Rivers Cuomo and served as the inspiration for this raucous song. You’re “sitting at home, and you’re getting bored and frustrated,” he told Spin.

If you’re having a bit of a downer of a day (it happens), this music video will cheer you up. Well, it did for me, but then I have the sense of humor of a nine-year-old child…no offense to nine-year-olds :-).

Many of us remember the past with rose-tinted glasses – the ‘good old days,’ we call them.

This song is about these good memories, but it’s also a little deeper. It’s about the passing of time and how quickly it slips through our fingers. The Boss doesn’t overtly say ‘make better use of your time,’ but it’s sort of implicit in the lyrics.

“Well time slips away, and leaves you with nothing mister, but boring stories of glory days.”

‘Take Your Memory With You’ – Vince Gill

A touch of the Bakersfield country vibe here, with Vince Gill.

This song focuses on a couple who are about to pull the plug in their relationship. Gill asks his soon-to-be ex-lover one thing, “take your memory with you when you go,” so her memories don’t haunt him.

There are plenty of superb love songs for family members, and here’s another one to add to the list. College-dropout-turned-global-superstar Kanye West has always drawn a lot of inspiration from his family.

Here, we see him talk about how the passing of his Grandma hit them hard and helped to put things into perspective (“all the diamond rings, they don’t mean a thing.”)

“Of your granny’s picture, now that you’re gone, it hit us, super hard on Thanksgiving and Christmas, this can’t be right.”

Marvin Gaye was one of the most enigmatic performers of his time with his incredible three-octave tenor vocal range.

This breakup song is one of his lesser-known songs and is a real gem.

“Leaving me with memories, girl, and harmony, memories, oh, how love ought to be.”

This classic oldies love song was written by John Lennon and is one of the sweetest things you can say to a partner (namely, that I love you more than all my friends and past lovers.)

All these precious moments “lose their meaning, when I think of love as something new.”

This gorgeous ballad touches on one of life’s great lessons: are lives are over in a blink of an eye (“golden autumn leaves around my feet”), so make the most!

The King doesn’t get the credit he deserves, and nobody could deliver lines quite like this man. Lennon once said, “before Elvis there was nothing,” and Lennon knew something about music.

“Memories, pressed between the pages of my mind, memories, sweetened through the ages just like wine.”

Do you sometimes think the best days of your life were behind you? Well, in this song, Adams does.

This classic song recalls the time when he got his first guitar from the “five and dime” and formed his short-lived first band with his high school friends (“Jimmy quit and Jody got married.”)

There’s also the love interest that never went anywhere (“you told me that you’d wait forever”).

Bryan Adams sings, “those were the best days of my life,” but recognizes “nothin’ can last forever.“

Memories are always from the past, right? Well, not always. In this song, the singer admits he doesn’t want to make any more memories without this special person around.

The person in question is Roger Dean, the artist who did many of the exotic fantasy landscapes on Yes album sleeves (some of the most famous album covers ever made).

It’s hard not to be mesmerized by the gorgeous acoustic guitar playing in this track too.

‘Memories of Us’ – Keith Urban

Here’s one of the best songs about a new relationship by country star Keith Urban.

Its message about loyalty and trust is quite sweet. Urban married actress Nicole Kidman in 2006 and sang her this song during the wedding ceremony.

“And I’m gonna love you like nobody loves you, and I’ll earn your trust making memories of us.”