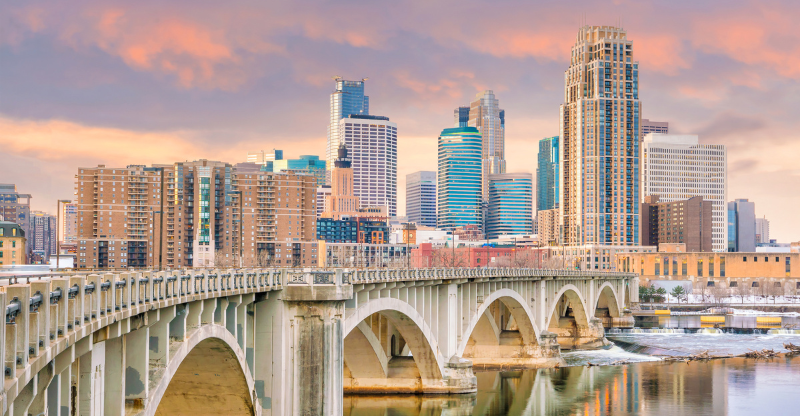 Minnesota is the 12th largest state in the United States of America. The state is known for its rivers and streams that cover nearly 92,000 miles and produces more turkeys than there are people in the state of California!

Learn more about this interesting state by exploring some of the best songs about Minnesota!

Perhaps one of the most popular Minnesota songs, this was the first single from Prince’s third album, Dirty Mind. The lyrics talk about southwestern Minneapolis, Minnesota—particularly its popular commercial district. Prince sings of this as a place he remembers fondly and that he felt free in and where he grew up. The Uptown Theater serves as the song’s centerpiece.

Macklemore reminisces about his past in Minnesota on this track. Kesha shares his nostalgia in the duet: “I wish somebody would have told me, babe, that someday these will be the good old days.” The two met through Macklemore’s frequent collaborator Ryan Lewis. Kesha has said that the song reminds her of being 16 and not realizing how prized her experiences would become once they were memories.

Related: This song features on our playlist of nostalgic songs.

The narrator here wonders if it is a good or bad thing to be from Minneapolis, Minnesota. He compares living there to the positive and negative aspects of living in big cities and reminds listeners that it is okay to be from a small town and to feel proud of the place you grew up, no matter where that might be.

Lil Yachty compares life on the street to the coldness of Minnesota in this track—Minnesota is the fourth coldest US state: “You need to stay up out them streets if you can’t take the heat, ’cause it get cold like Minnesota.” Lil Yachty’s debut mixtape featured a star-filled remix of this piece that launched him into the public eye.

This piece was one of Soundgarden’s earliest mainstream hits; it was the band’s first track to hit the US Rock chart. The song tells the true story of Chris Cornell’s mood swings, which made him switch from feeling self-confident to completely down: “I’m looking California and feeling Minnesota.” It seems that Cornell wants to find clarity and be saved by it.

Related: This is one of the top grunge songs.

Alex Frecon laments over the unpopularity of Minnesota in this track. Even though it is a lesser-known US state, he makes it clear that there is much to celebrate about his home, listing its many appreciated qualities. He also says that the people who live there are very nice.

‘The Minnesota Song’ is a parody of Minnesota winters sung in a country style. It talks about how extreme and ridiculous the winters can be in the state. The song appears on Dan Adler and Sandy Adler’s album The Best So Far; Dan Adler wrote and performed the track.

Related: Bundle up and enjoy the best songs about winter.

Johnny Cash sings about travels down the Mississippi River and makes a Minnesota stop. He even meets a love interest along the way, but he must leave her as an adventure in nature draws him to it. The song was released as Sun Single #283 and stayed on the US Billboard Country Charts for 14 weeks, peaking at number four.

Related: Make a splash with these popular river songs.

This song finds Paul Westerberg watching someone leave him in his home state of Minnesota. He wants to help this person going down an unsafe and unwise path, but he realizes that there’s nothing he can do. The skyways in Minnesota are used as metaphors in the verses.

Rock ‘n’ Roll is Alive (And It Lives in Minneapolis) – Prince

In this track, Prince makes it clear that rock ‘n’ roll is still alive, especially in Minneapolis. The song appears as the B-side to Prince’s single ‘Gold’ and was released in 1995. The song makes many references to Minnesota throughout.

Janet Jackson calls out Minneapolis here. She encourages a love interest to let her create an “escapade” for both of them within the lyrics. The song won the BMI Award for Most Played Song of 1990 and stayed at the top of the Billboard Hot 100 for three weeks straight.

The narrator here seems to have given up on a love relationship that he knows will never work. Even though he is fine with cutting ties, he seems to hold on to fond memories of the time the two spent together in Duluth, Minnesota, when the weather was wintry and harsh.