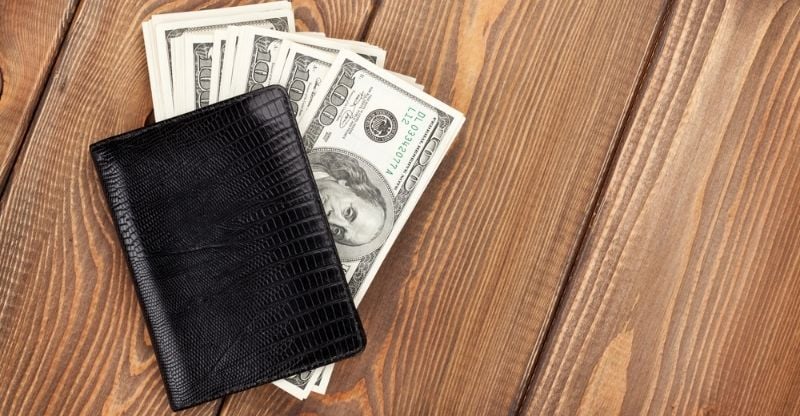 There are songs about every facet of the human condition, from birth and marriage to divorce and death.

And of course, there are plenty of songs about money.

Money is what motivates much of our lives – the work we do, the clothes we wear, the houses we live in, even sometimes the person we marry.

Money is spread out very unfairly too – the top 1% of households own 43% of the world’s wealth. Ridiculous, but true.

There’s no wonder that money is a prevalent theme in a lot of songs. Struggling artists never have enough of it. And even when they’re famous, hanging on to it isn’t easy (as we hear in The Beatles ‘You Never Give Me Your Money’).

In this post, we reveal the best money songs out there about them greenbacks.

Our Pick of the Best Songs About Money

“Money (That’s What I Want)” by The Flying Lizards

The song ‘Money (That’s What I Want)’ was written by Tamla founder Berry Gordy and Janie Bradford and has been covered by numerous bands, including Barrett Strong (marvelous name!), as well a little-known group called The Beatles :-).

This new wave version sprang to life in the late ’70s by the eccentric British band The Flying Lizards.

“The best things in life are free, but you can give them to the birds and bees, I want money”

It’s impossible to think about money-related songs and not think about ‘Money’, by Pink Floyd.

The first track on the second side of Floyd’s best-selling Dark Side of the Moon album (the one with the iconic sleeve), it’s a cynical look at our reliance on money, “get a good job with good pay and you’re okay”

Like much of Roger Waters’ writing, there’s a scathing criticism of greed, “I’m all right Jack, keep your hands off of my stack”. This is one of many songs about greed by Waters.

Interestingly, he’s not the first to call himself a hypocrite.

On the twentieth anniversary of the Dark Side of the Moon album (with one of the best album covers of all time), he said “I’m still keen on a general welfare society, but I became a capitalist. You have to accept it. I remember coveting a Bentley like crazy.”

You can also see Waters taking out his prized Bentley in the intro to his brilliant Us and Them concert video. Have to admit, it’s a gorgeous car!

“Money for Nothing” by Dire Straits

For many ‘Money for Nothing’ is the sound of the ’80s. Dire Straits were easily one of the best bands in the ’80s, and their album Brothers in Arms (from which the song is from) is one of the best albums.

The lyrics are an attack on ‘primadonna pop stars’ from the point of view of two working men who are sick of all the work they gotta do. “We gotta install microwave ovens, custom kitchen deliveries, we gotta move these refrigerators, we gotta move these color TVs” while these ‘yo-yos’ (young, wannabe rock stars) “get money for nothing and chicks for free”.

It’s also an assault of MTV video music culture in general, where the music often took a back seat for over-the-top music videos (the sentiment also of Queen’s anthem, ‘Radio Gaga’).

We also include this track on our songs about work playlist.

The lyrics are about two losers – one intellectual and educated “you can tell I’m educated, I studied at the Sorbonne, doctored in mathematics, I could have been a don”.

The other guy is good-looking with a bit of ‘brawn’.

The narrator proposes “I’ve got the brains, you’ve got the looks, let’s make lots of money” (like he’s planning a bank heist or something!)

Of course, the song is tongue in cheek and really they’re making fun of this kind of crass obsession with money (remember, the ’80s was the era of the money-obsessed yuppies, characterized by Gordon Gekko in the movie Wall Street).

The narrator knows all this is a facade, finishing with this thought-provoking line:

This soul/funk song by The O’Jays may be more familiar to modern audiences as the theme tune to the US version of The Apprentice.

The title comes from a well-known Bible verse (1 Timothy 6:10) which says “for the love of money is the root of all evil”.

“You Never Give Me Your Money” by The Beatles

Written by Paul McCartney (though credited to Lennon–McCartney as was typical) ‘You Never Give Me Your Money’ documents the financial difficulties facing the band in 1969, just before they split.

The lyrics were borne out of frustration with manager Allen Klein “you never give me your money, you only give me your funny paper.”

In the second bit of the song, McCartney jumps back to the early days of the fab four “out of college, money spent, see no future, pay no rent, all the money’s gone, nowhere to go”

Funny to think even The Beatles were broke once. Also check out one of their other songs about money, ‘Taxman’.

“Money Changes Everything” by Cyndi Lauper

Written by the ’70s band The Brains, ‘Money Changes Everything’ is a simple pop song about money, particularly the way money can destroy love.

At first “they shake your hand and they smile, and they buy you a drink, they say we’ll be your friends, we’ll stick with you till the end”

But then money comes into it (she doesn’t explain how exactly) “it’s all in the past now, money changes everything”

“Take the Money and Run” by Steve Miller Band

A little story about two young bandits (Billy Joe and Bobbie Sue). They did nothing but “sit around the house, get high, and watch the tube”.

Then they decided to “cut loose” and headed south “to old El Paso”.

“Billy Joe shot a man while robbing his castle, Bobbie Sue took the money and run”

With Mack the detective on their case, who “makes his livin’ off of the people’s taxes” they manage to escape with the money.

If you recognize the song, Run-D.M.C. & Everlast did their own version in 2001. We also feature this track on our songs about breaking the law playlist. It’s also one of the most famous songs with clapping in it.

No, this isn’t a song about food. Here, C.R.E.A.M stands for ‘Cash Rules Everything Around Me’.

The words are about teenage poverty and ‘hood life, warning the next generation not to follow in his footsteps.

Success can be a double-edged sword. It’s what most artists strive for, but in rap music, it seems success breeds a lot of jealousy that can cost you your life.

“I don’t know what they want from me, it’s like the more money we come across, the more problems we see”

Swedish phenomenon ABBA knew how to write hit songs, and this one was no exception. As the follow-up to their hit single ‘Dancing Queen’.

It’s written from the perspective of a woman: “I work all night, I work all day to pay the bills I have to pay, ain’t it sad?”

So she hatches a plan to get a wealthy man so she “wouldn’t have to work at all, I’d fool around and have a ball”.

But she can’t find one, and even if she did, she thinks he wouldn’t be interested “if he happens to be free I bet he wouldn’t fancy me”.

Lyrically, it’s a touch outdated. The idea of a desperate gold-digger woman who needs a rich man’s wealth is insulting to women and a bit ‘meh’.

If you want a chuckle, check out this Alan Partridge medley of ABBA songs. We also feature ABBA’s ‘Winner Takes it All’ on our songs about winning playlist.

At first glance, it’s a song about absolute greed…

“Cause the boy with the cold hard cash, is always Mister Right”, “Only boys who save their pennies, make my rainy day”

But it’s tongue in cheek, of course. She’s not saying she’s actually materialistic.

Rather, it’s a commentary on how the dream of so many people is shallow: fame, money, and material possessions.

Madonna was and always has been above all that nonsense 🙂

“She Works Hard for the Money” by Donna Summer

“Money on My Mind” by Lil Wayne

“The Gambler” by Kenny Rogers

“We’re In The Money” by Bing Crosby

“Ain’t Nothin’ Goin’ On but the Rent” by Gwen Guthrie

“Money in the Bank” by John Anderson

“Rich Girl” by Hall and Oates

“If I Had a Million Dollars ” by Barenaked Ladies